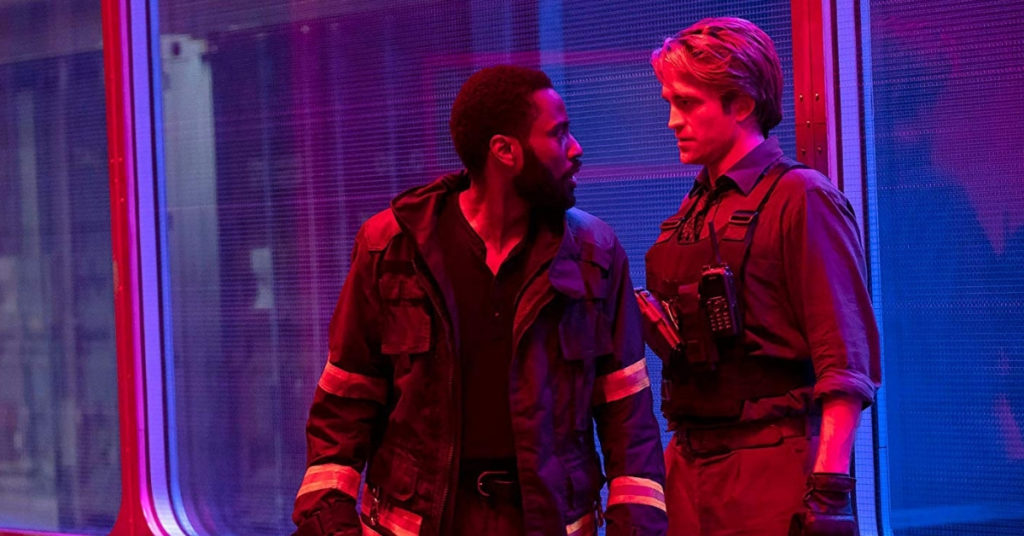 The creation of a singular cinematic story is incredibly refreshing in this era of franchises and sequels. What is even more impressive is the ability to present a tale on a blockbuster level, still telling a unique and interesting narrative. Praised for his ability to create big-budget movie’s with filmmaking substance, Christopher Nolan has returned with a brand-new thrilling release. Built to be a mind-melting sci-fi affair, Tenet is a complex movie that stumbles in some key areas but still manages to be an incredibly well-made visual and story-telling spectacle.

The film tells the story of a secret agent that must explore a new level of reality in order to prevent a catastrophic global disaster. The cast features John David Washington as the aforementioned Protagonist, alongside Robert Pattinson, Elizabeth Debicki and Kenneth Branagh.

As is his trademark at this point, Christopher Nolan has once again played with time in order to offer a unique tale for his audiences. At its best, this element works very well in the many beautiful action set-pieces. Threads often are woven together well and we are offered heart-pounding sequences that have many consequences for chapters seen later in the film. However, the script that pushes these scenes forward is sadly not as robust as it should be.

At first glance, the narrative is as complex as can be. Many viewers will be left confused leaving the theatre. It is here that we find the movie’s biggest flaw. The story will likely make more sense on repeated viewings but an absolutely successful film should allow for complete coherence on the first screening. In order to understand Tenet, you need to be paying complete attention to every word as the director is making it evident that he will not hold your hand. Those that are intently engaged may not be as bothered by this as others but there is no doubt that the complex nature of this film could have been streamlined for efficiency. Alongside this negative, it must also be noted that much of the dialogue is rather hard to hear, further adding to the avoidable confusion.

The above factors do contribute to what will likely be a controversial picture, although there are some positives that are undeniable. Every performance is truly superb, with a special note that must go to Pattinson and Branagh. Furthermore, the direction of the movie proves once more that Nolan is a once-in-a-lifetime kind of filmmaker. Few are able to construct spectacle with such storytelling grace. While he may still fail to inject the emotion that is intended, there is no doubt that his directing strengths are once again the life-blood of this picture.

However, any credit for this production cannot only be credited to one person as the technical attributes are undeniably superb as well. Hoyte van Hoytema continues to show us why he is one of the best cinematographers working today as Tenet is likely the best-looking movie this year. While it sometimes drains out important dialogue, the score by Ludwig Göransson is fantastic by itself and is used very well (for the most part).

The most unfortunate part of Tenet is that despite all its commendations, it is not a home-run effort in the vein of The Dark Knight or The Prestige. Perhaps further development of the script could have refined the quality a bit but there is still no doubt that the product we have received is an admirable one. A second or third viewing will likely improve the experience even more as the plot will feel less like a chore. In some ways a mixed bag and in others a truly remarkable piece of cinema, Tenet is a film that will no doubt spark hours of conversation. At the very least, it is an interesting watch, and will likely be thoroughly dissected for years to come.