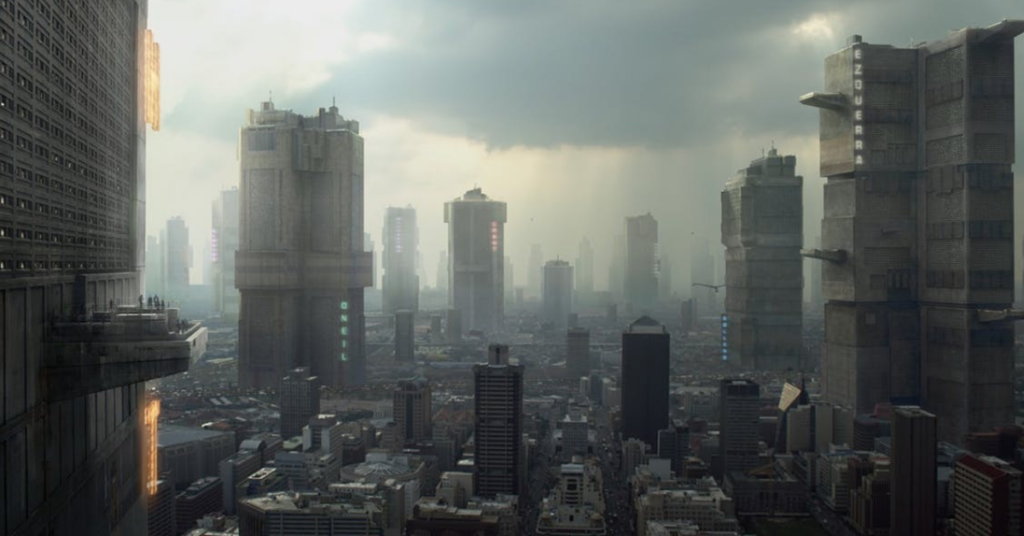 As is the case with many art forms, film is often seen as an escape from regular life. Even for us film lovers who dissect everything, being swept away to a different backdrop can be the best medicine for our troubles. Whether it’s within the halls of Hogwarts or across the hills of Middle-earth, the world that a movie inhabits can factor greatly into its enjoyment. With this in mind, it’s clear that certain types of settings have become more popular than others.  It can then be seen as quite surprising that one of cinema’s most enduring sub-genres is dystopian science fiction.

In contrast to an optimistic utopia, dystopian sci-fi depicts a near future that is greatly flawed and rife with societal struggle. Stories that choose to go in this direction often depict deep political issues and repression, within worlds that are intrinsically connected to technology. These universes are mostly negative, and depict a future that we fear will happen. The characters within them are often more nefarious than not and the situations shown are almost always cynical and bleak.  However, time and again tales are told using surrounding such as these. The question then is, why is dystopian sci-fi so popular?

The truth is, imperfection is more interesting than perfection. There is a deep fascination with discovering a world that hasn’t worked out the way we planned. They are conduits for our modern fears and can be used to show a human landscape that has succumb to the negative aspects of technology. It is far more captivating to witness a population that has become a twisted version of the real world because it allows for unique narratives that can make use of fantastical elements while still being grounded.  A popular example of this would be dystopian sci-fi movies that portrays mankind as being entirely dependent on advanced technology. This is unreal enough to be used as a fantastical element but realistic enough to be something that believably may actually exist in the near future.

Although it may have an unfavorable slant, the design of the technology in these civilizations is deeply compelling. While other sci-fi films go for a sleek and clean look with their machinery, it can be far more intriguing to have a population that is built on industrial looking hardware. This often allows more intricacy in the apparatus used, which allows for more detail compared to worlds that are polished and often boring.

However, the element that makes this category so attractive is the people in it. This genre allows for personalities that are moulded and beaten by the harsh realities of their surroundings. Dystopian sci-fi gives its creators an impetus to develop characters that are more complex and layered because of the distinctive lives they live. This makes them fascinating because we can realistically imagine what we would do in their position if the future goes this way. The amazing thing about many dystopian sci-fi movies is that these characters are still grounded in reality and are relatable. In many cases they are real people, dealing with real issues in an unreal (but possible) world. Some of these issues depicted include combating a tyrannical government or even just protecting your family in a future that has failed.

The great thing about science fiction is you are able to tell stories in a variety of ways. You can have a dystopian future or you can have a more positive one. Both can work extremely well, it just depends on the way the film maker wants their work to be positioned. Even so, dystopian sci-fi specifically seems to be a very popular way to represent times ahead. While sometimes we want to escape to a hopeful place, a pessimistic one can be just as thrilling.