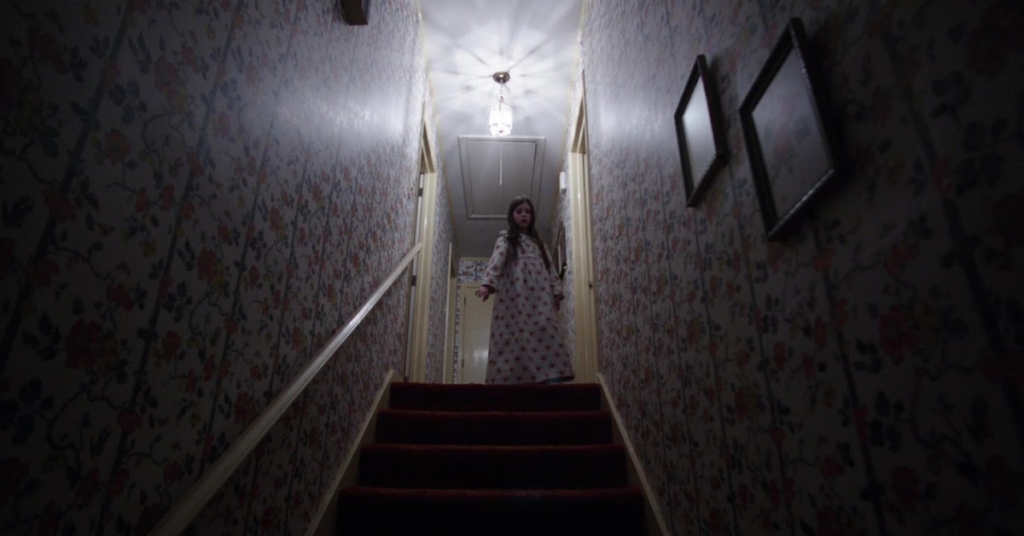 Making a film that is truly scary is not an easy feat. With the plethora of horror releases that we see throughout the year, it is not often that a picture is able to effectively give us real goosebumps. Sure, there are many movies that make us jump. Although, this is often an example of being startled, not scared. I spoke a little bit about how menace is more important than jump scares in a recent article. To build on this, we must look deeper into what makes the threat in a horror film terrifying. Grotesque demons and ghouls can obviously give us a fright but it is those villains that are not seen much (or at all) that are able to keep us up at night. It is far more petrifying when things are left up to our imagination.

When the monster is seen in full view, it can be quite disturbing. This is because they have been meticulously designed to invoke shock and terror. The filmmaker wants us to be repulsed or frightened, and it often works. Although, it does not last very long as we get used to it pretty quickly. It is this very reason why build-up is so vital in horror. Being able to scare an audience without showing the threat is how you create successful scares. The reason is that our thoughts are always more horrific than anything that can be shown.

Just a hint of the monster is needed, and the audiences minds will do the rest. Describing something incredibly dreadful is always going to petrify people more because everybody is going to imagine it differently. By being conclusive and explicit with the creature, the question is answered. There is no longer the distorted thoughts that only our individual brains could conjure up. Our brains are extremely powerful. They are able to imagine an abundance of complex images. When you apply this utility to horror, it is able to creep out movie goers exceedingly efficiently.

This is why the shark in Jaws is so formidable, because we hardly see it. When we do, we realise it is just a rubber puppet. Even within the modern era of complex CGI and effects, hiding the threat continues to be the most menacing technique. A great example of this can be found in James Wan’s The Conjuring.

This is a movie that contains no excessive violence or gore (nor any swearing or nudity). The reason being that it was shot to be a PG-13 release. Nonetheless, the ratings board discovered it to be too scary and gave it an R rating. While there are many disquieting visuals (and jump scares) throughout, it is a feature that relies primarily on tension and hiding the haunting. Perhaps my favourite scene from the entire picture is one involving a child and a dark corner (I have included this at the bottom of the article) . In it, the child describes to her sister something in the darkness. The sister looks but does not see anything. The child continues to be distraught, with her sister failing to see the thing being described. This sequence is masterfully done and tremendously scary. We are filled with worry as it continuous, expecting a monstrous ghost to reveal itself. But that never happens. Instead we are left imagining what this little girl sees. Each of us are guaranteed to envisage something different. We all individually think of something that would scare us the most.

Of course, there are many horror films that are able to use bizarre and grotesque imagery in fantastic ways. These movies are remarkable pieces of horror in their own way. However, true anxiety is created through tension. In my mind, this is best done when you leave things up to viewer’s brain. When audience members must look into their own fears, knowing the demon is there is far more alarming than seeing it.