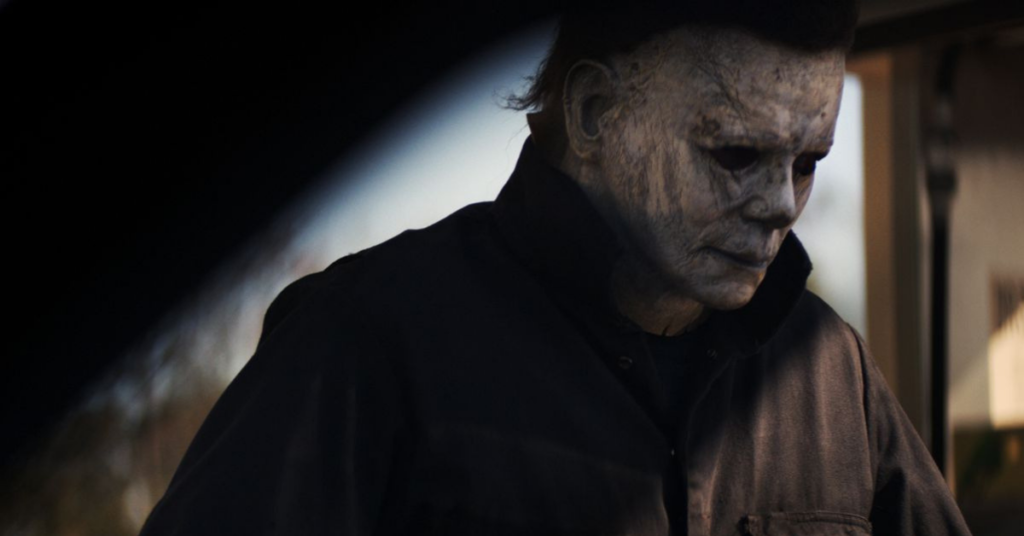 Spawning the slasher genre, 1978’s Halloween has since become a classic for horror fans and film lovers alike. With the myriad of sequels (and reboot) that were released over the years, the time for Michael Myers seemed over. After years of limbo this is now no longer the case as writer/director David Gordon Green revives the saga with 2018’s direct sequel, simply titled Halloween.

Set 40 years after the original film, this story is a direct sequel that ignores every movie past the first. Jamie Lee Curtis returns as Laurie Strode, a woman deeply influenced by the trauma Michael Myers caused years ago. She has become someone who has not been able to move past the events of that fateful Halloween night, preparing her whole life for Michael’s return. This impact is clear throughout the entire Strode family as this damage has affected her daughter and granddaughter too, played by Judy Greer and Andi Matichak respectively. Laurie has spent years preparing and warning her family about Michael Myer’s return, pushing them away in the process. Her entire life has revolved around expecting The Shape to return, and it is in this movie that her fears (or wishes) come true.

This is a picture that is strongest when it fantastically pays homage to the original while also turning classic dynamics on their head. Huge fans of the first will likely enjoy this film a lot. The Laurie Strode character is perfectly positioned as a strong female lead that wants to hunt the killer, perhaps as much as he wants to hunt his victims. This is a progression of the character that is perfect for this era. Her fear combines with hate as she has become completely changed by what happened years prior. She is one half of the biggest positives in this movie, the other being Michael Myers himself.

Once unleashed, this is a Myers that people have been waiting years for. He seamlessly stalks his prey in a manner that is enthralling to watch. He is like a shark moving from place to place with only one purpose, murder. Michael Myers is scary again and is more brutal than ever before. I found the intense violence of this film to be a welcome addition, even it is not exactly what this villain is known for. The best scenes in this movie involve either Laurie, Michael or both of them together. Once they finally reunite, we are treated to a wonderful twist of horror movie tropes. These characters are so great that is unfortunate that the story often moves away from them in what I consider the biggest flaws of the picture.

Although the Strode family offer an important element, many sections with them only seem to distract from the focal point that we want to see. The best scenes with them are truly fantastic (especially those in the third act) but the ones that don’t add anything should have been cut out of the script entirely. Some plot points are even set up and have no conclusion whatsoever. I was left wishing that they had allowed more time for Jamie Lee Curtis instead of arcs that seemingly go nowhere. Some of these portions away from Laurie and Michael also contain some ill fitting humor that really messes with the pace of the movie. However, these negatives are soon forgotten when we get to the many exceptional segments, set to an incredible score.

Perhaps the best part of this film is the music that accompanies it. Original director and composer John Carpenter returns alongside his son Cody Carpenter and Daniel Davies to pen the amazing sounds that we hear throughout. This is a prime example of a reboot score done in the best way possible. The classic themes return and play at significant points but it is the new music that is just as good. All the tracks, perhaps especially the new “Laurie’s Theme”, offer a stunning backdrop to this very enjoyable film.

Overall, Halloween (2018) is a release that I found to be extremely entertaining and the perfect return to form for the franchise. While it is not perfect, this is a movie that fans both new and old are likely to be thrilled with. Maybe this will be the beginning of a slew of new sequels, maybe it won’t, but this is the ideal modern day Halloween film and for that I was left very happy.