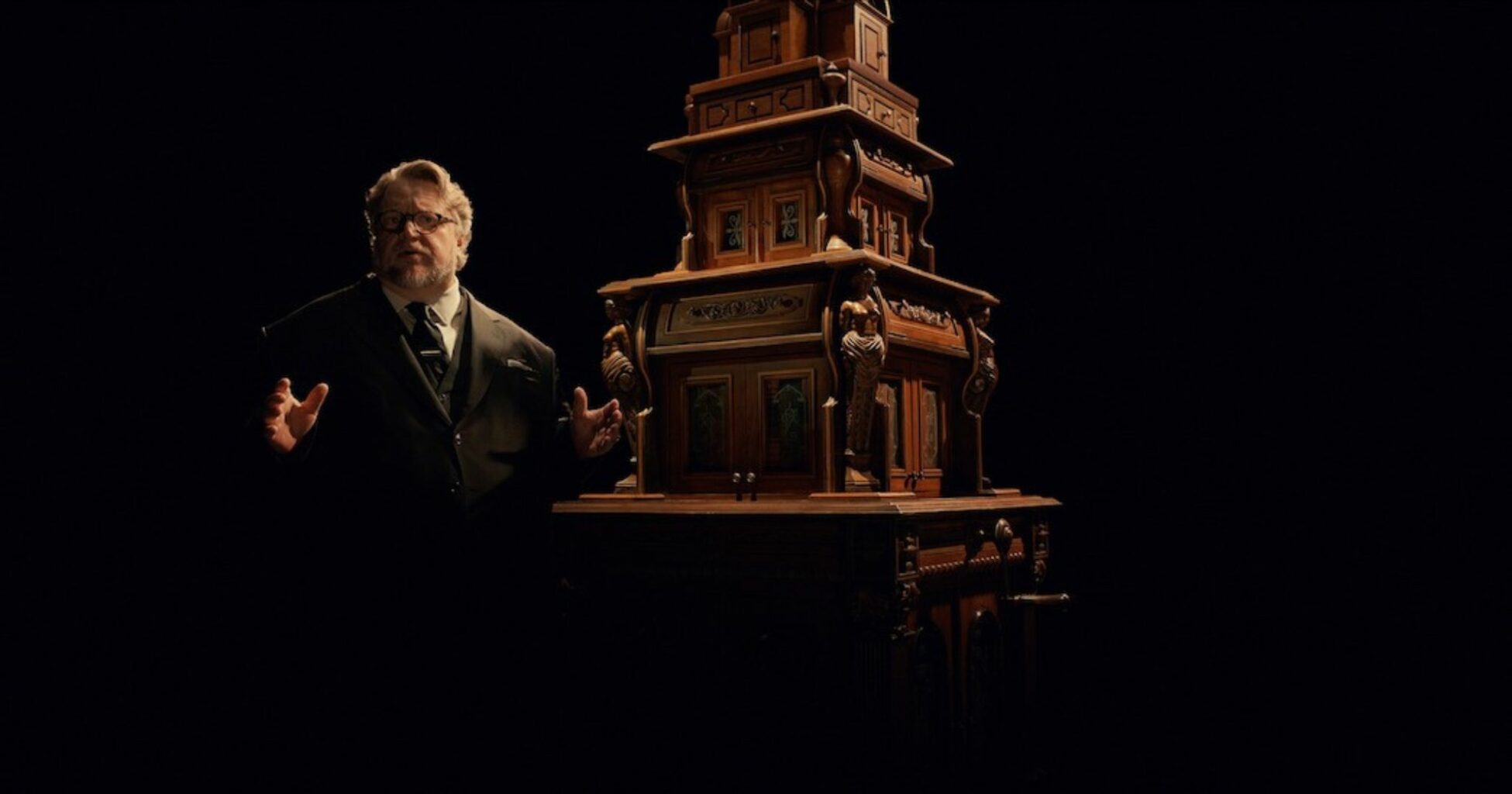 Guillermo del Toro’s Cabinet of Curiosities is a new horror anthology series that offers 8 grim tales from a variety of renowned directors and actors. With each conveying a unique style and perspective, these 1-hour productions promise to tackle the genre of horror from many perspectives. As a whole, this presentation successfully delivers many interesting stories that are highly enjoyable and sometimes quite frightening. Of course, certain episodes are notably poorer than others but their short runtime allows for even the worst story to feel energetic and engaging. In this review, we will briefly touch on each entry before finally discussing the entire release as a whole.

As the inaugural episode in the series, Lot 36 is, unfortunately, a mixed bag when it comes to its quality. Directed by Guillermo Navarro, this feature includes too much build-up in comparison to the brief payoff. Tim Blake Nelson is fantastic as the lead but his character is too unlikeable for us to become truly invested in his plight. Despite this, Lot 36 is still quite intriguing thanks to the simple story that it tells. Furthermore, while its finale is far too brief, it does swing for the fences and is ultimately quite satisfying.

Following a protagonist that is very similar to the one found in Lot 36, Graveyard Rats injects this anthology series with a gothic flair. From director Vincenzo Natali, this campy creature feature is absolutely delightful. Filled with claustrophobic scenes in tight tunnels, this experience isn’t that scary but it is appropriately tense. Although the titular rodents could have been focused on more near the end of the narrative, they still manage to be highly effective monsters for the story that is being told.

Beginning with a complex narrative that eventually finds its footing, The Autopsy portrays a creepy situation led by likeable characters. Directed by David Prior, the man behind the criminally underrated The Empty Man, this episode manages to create a chilling scenario containing a pair of friends that are surprisingly well-developed for a story of this nature. The script does feel compacted at times but it is never boring and mostly maintains a riveting pace throughout.

An adaption of an H.P. Lovecraft short story, Pickman’s Model (from director Keith Thomas) delivers a descent into madness with some effective scares along the way. More psychological than the episodes discussed above, this entry manages to maintain a constant sense of dread in every scene. In this narrative, character motivations aren’t always clear but this works well once we begin to realise that our protagonist’s plight is almost dreamlike in nature. Finally, Ben Barnes is a solid lead performer that grounds the story in a realm that feels remarkably honest.

Dreams in the Witch House

Another H.P. Lovecraft adaption, Dreams in the Witch House features some haunting imagery but struggles with its many shifts in tone. One moment attempting to be a scary ghost story with the next trying to be a campy adventure, this episode might be the poorest entry in the entire anthology. At the very least, it does feature some moving moments that work quite well but these scenes are unfortunately few and far between.

The Viewing from director Panos Cosmatos is certainly the best episode to be found in the Cabinet of Curiosities. An enthralling entryway into an otherworldly environment, this story has been expertly crafted by one of the best cinematic visionaries working today. Furthermore, it is led by a stellar cast that elevates an already great script. There is a lot that can be discussed about The Viewing but it is perhaps most important to mention that it contains one of the best scenes from any movie or tv show in 2022. If you are only going to watch a few entries in this anthology, this mesmerising experience is certainly one that you should pick.

The final episode in this series is not only the scariest but also the most emotional. Directed by Jennifer Kent, The Murmuring implements some terrifying techniques to convey a story with a lot of heart. Essie Davis and Andrew Lincoln are perfectly positioned as our leads and do a fantastic job of portraying characters going through an incredibly difficult time. Alongside The Viewing, this is a standout episode that works superbly well as a fusion of horror and drama.

If we analyse this series as a whole, there are a number of exceptional stories within it but there are also a few episodes that fail to reach their potential. Even so, there is something to enjoy in practically every narrative and their short runtimes mean that there isn’t a huge investment required to watch them. If you only wish to watch a couple, The Viewing and The Murmuring should be your picks. If you have some more time, Graveyard Rats and Pickman’s Model are additional recommendations to add to the list.