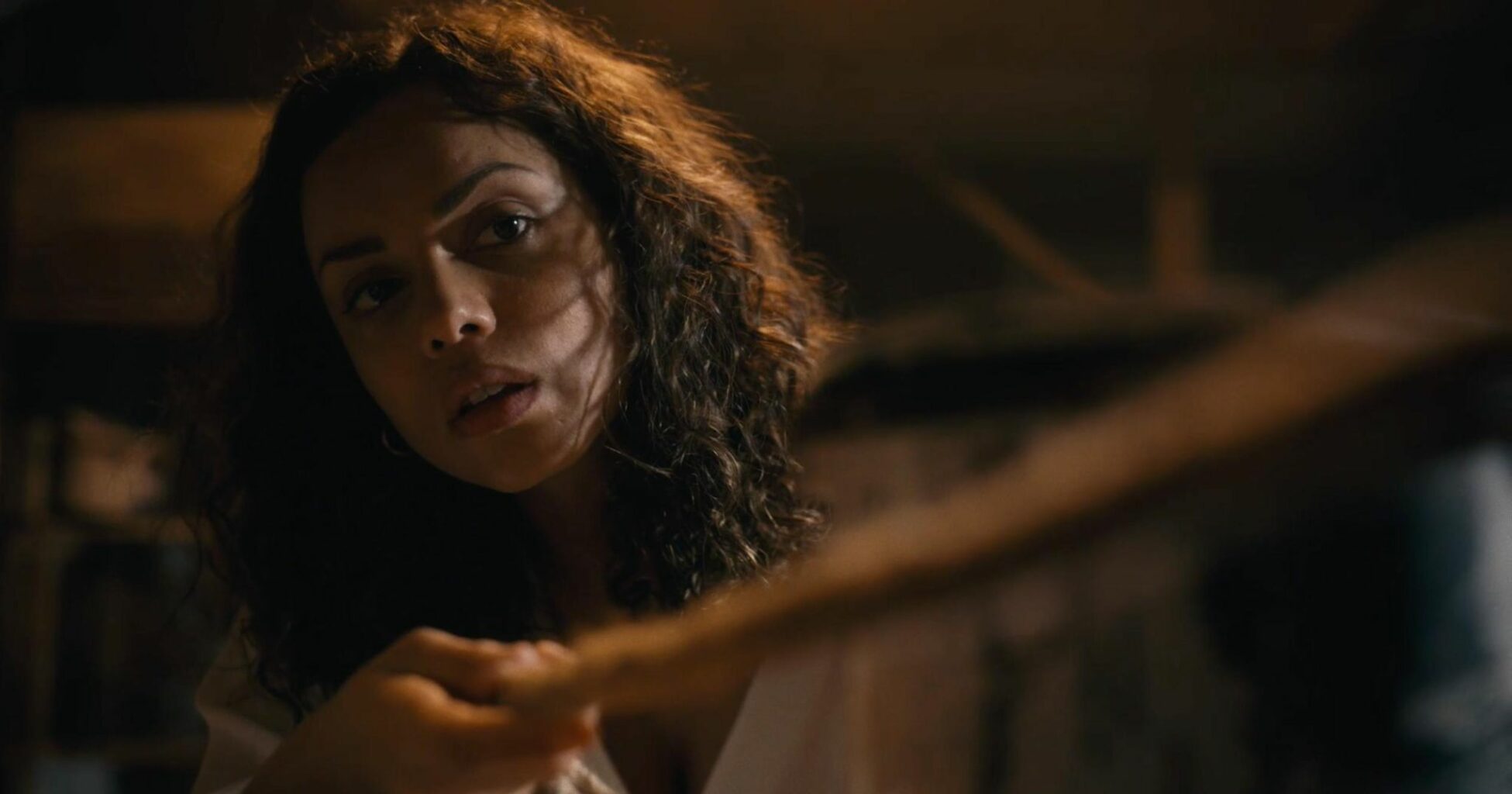 The genre of horror has proved to be pretty flexible over the years. While some filmmakers choose to spend their time focusing on scares, others have attempted to infuse their stories with a variety of eccentric elements. Written and directed by Zach Cregger, Barbarian is an unrestrained movie that fumbles its potential due to its weak characters and sub-par plot. While the first act is surprisingly superb, the film never manages to regain its initial level of intrigue and instead chooses to dive headfirst into the realm of campy horror.

After discovering that her rental home is already occupied, a young woman quickly finds herself in a terrifying situation. The movie is led by Georgina Campbell and Bill Skarsgård. They are joined by Justin Long and Richard Brake.

Barbarian is destined to be a controversial release. There are groups of people that will likely adore its bold approach. These viewers will enjoy the many moments of comedy while still being scared during the scenes that effectively build dread. Truthfully, these individuals wouldn’t be wrong either as Barbarian is a feature with many effective moments that elicit a wide range of emotions. However, while the movie does wrap itself in an amusing sheath of genre-blending fun, the core of the picture is always unmistakably hollow.

In some ways, it almost feels like some of this film’s successes are achieved by mistake. When you break it down, its characters constantly make dumb choices and the plot is filled with cliché after cliché. Defenders may claim that this is intentional but this is doubtful due to the fact that the picture never does anything interesting with these banal formulas. Instead, they are simply used to progress the narrative from one crazy moment to the next, never expanding beyond the limitations of its basic script.

The film relishes its bizarre nature and does so without fusing its many tones in an efficient manner. The genres that are blended are often independently enjoyable but struggle to exist alongside each other due to frequent moments of tonal whiplash. As an example of this, it is important that we discuss the movie’s excellent opening.

The first 40-minutes of the 140-minute runtime are exceptionally tense and constantly terrifying. Setting up a chilling mystery, this section must be applauded for being an amazing piece of horror cinema. Although, once this period is over, the story swiftly turns a corner and enters a world of comedy. There is nothing wrong with laughs and scares being used together. However, if you wish to jump between such heightened emotions, it is vital that you do so carefully. Barbarian, unfortunately, fails to do this. Furthermore, the fact that the narrative switches tones so late in the runtime only exacerbates the situation and is guaranteed to turn off many viewers.

As a final discussion, we must bring up the film’s thematic nature. At its core, it symbolically references the fears that many women have in daily life. It draws attention to female societal expectations and plays with similar concepts throughout. This message is portrayed well but it does nothing to elevate the movie’s overall quality. Although, it must be mentioned that Georgina Campbell delivers these ideas well and her performance is quite good.

Barbarian is a wild experience undercut by a poor script and foolish character choices. Despite its negative qualities, the film does feature a wonderful opening that works as an outstanding horror narrative all on its own. Sadly, it’s practically all downhill thereafter.