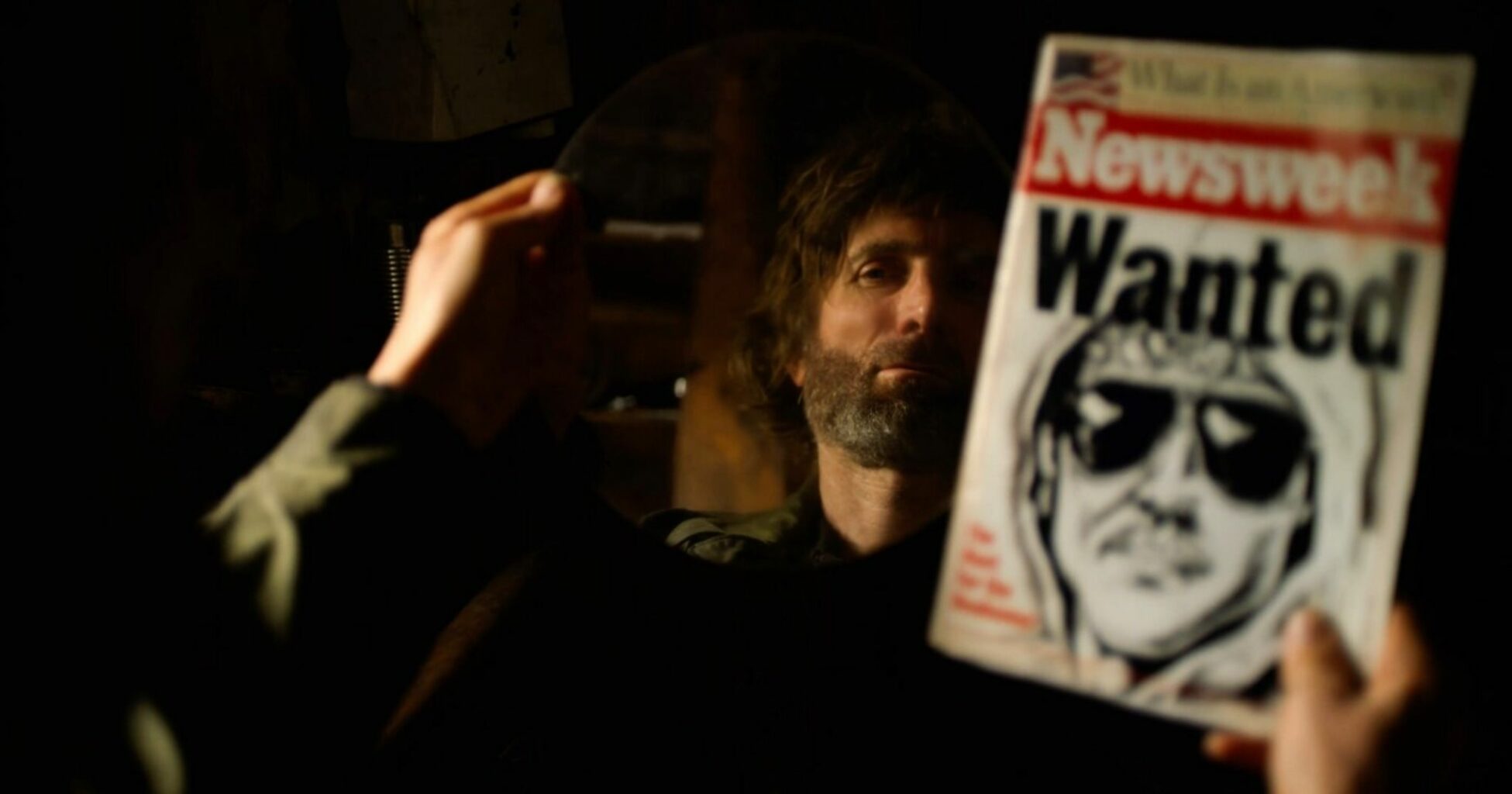 While some creators avoid stories from the perspective of evil individuals, others thrive in a space that may cause discomfort. These people understand the value that comes with darker tales as it allows them the opportunity to dissect personalities that are very present within society. Co-written and directed by Tony Stone, Ted K invites us into the world of real-life terrorist Ted Kaczynski AKA the Unabomber. Conveyed via a powerful performance from Sharlto Copley, this diary of a pathetic terrorist is rather compelling even if it frequently feels uneven and hollow.

Living a secluded life in the mountains, a man begins to plan deadly attacks as an act of revenge on technology and modern society. There are a few supporting appearances here and there but the film rests squarely on the shoulders of Sharlto Copley, the actor behind the titular person.

Ted K is a movie that confidently portrays events in a way that feels entirely honest. It is never afraid to show Kaczynski in a feeble light as he very likely was a pitiful man in many respects. Sadly, an issue that arises from this approach is that the serious nature of the Unabomber’s attacks isn’t felt as much as it should. The film admits that this was the biggest man-hunt in the history of the FBI but we never really see this nor do we dissect the darker side of Kaczynski’s psychology.

Furthermore, since we join him when he is already creating his weapons, we don’t really learn why he has gone down this deadly path. We hear his explanation to the public but these words never truly feel factual. One could argue that these points are to the film’s advantage as it signals that everything is from Kaczynski’s perspective but that doesn’t offer solace in the fact that the script has almost no plot. However, where this POV does hold merit is in the depiction of the surrounding world. The environments and the machines in them feel almost fantastical as if this were a forest filled with roaming mechanical beasts. This is thanks to the mesmerising cinematography and score from Nathan Corbin and Blanck Mass, respectively.

Beyond the technical attributes, the reason that the film is quite engaging is because of Sharlto Copley’s fantastic performance. He improves the quality of every scene as he truly embodies the Unabomber’s personality. While the movie is a little long at 122-minutes, it never gets boring as our lead always delivers entertaining actions in a way that will make audiences eager to see more.

Ted K is a film that is undoubtedly flawed but its lead actor elevates it to a level that makes it worth watching if you are a fan of true crime. Sharlto Copley has once again proved that he is one of the most underrated actors working today.