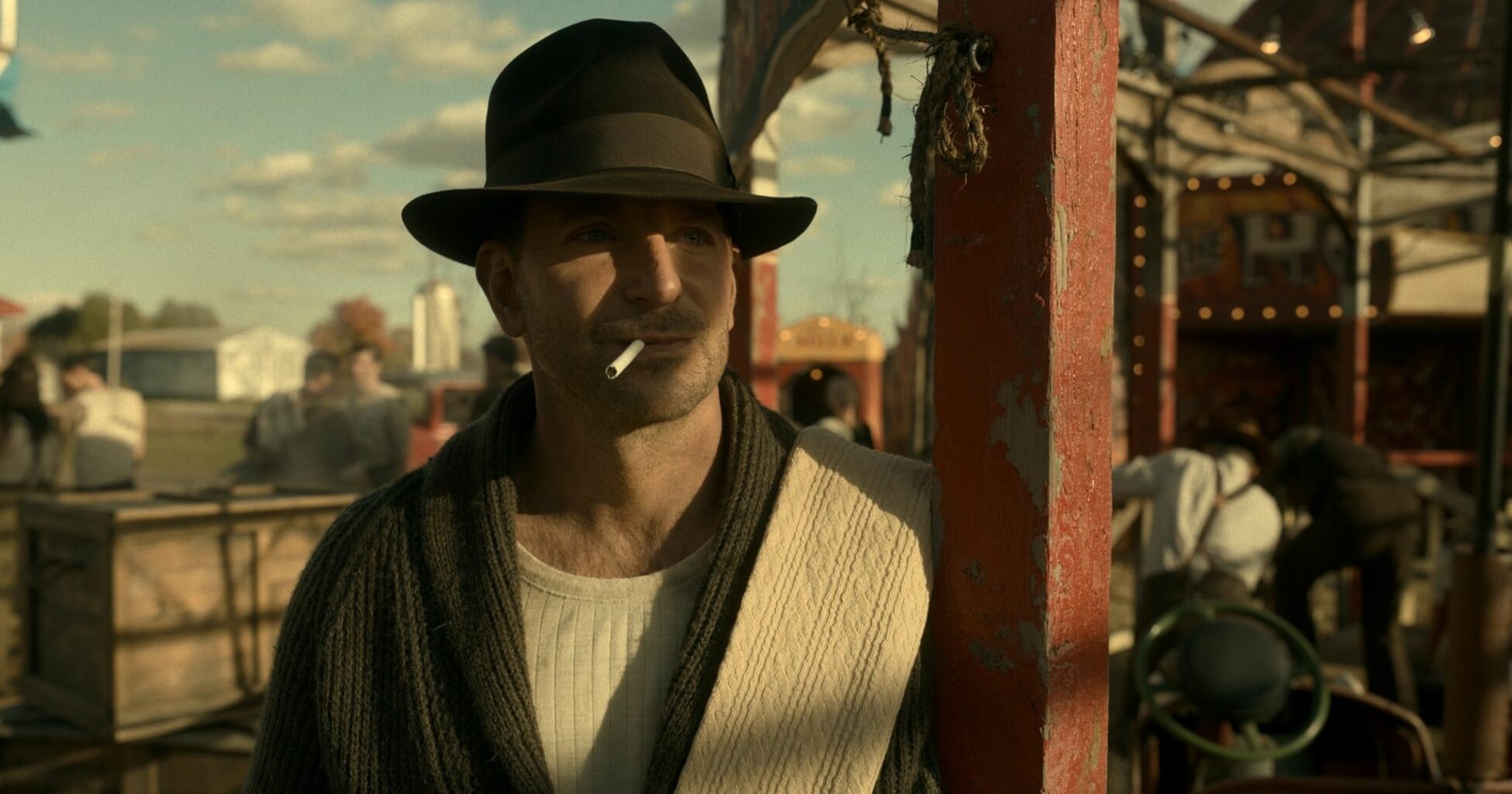 Tales of men rising through the ranks of a particular field are quite common in the world of cinema. Add a flawed personality to the mix and you are left with a dramatic plot that has been witnessed many times over. While some viewers have grown tired of these recurrent stories, the right filmmaker is still able to craft an engaging experience utilising this recognisable framework. Co-written and directed by Guillermo del Toro, Nightmare Alley is elegantly enchanting despite its familiar structure. Brought to life via an incredible ensemble, this 150-minute affair offers a magnificent journey into a precisely-constructed world.

Nightmare Alley is a story that you have probably seen before. Of course, there are many elements that are completely different but the core themes will likely deliver a sense of Déjà vu. If we break it down, the basic throughline follows a morally grey man in search of power, climbing the levels of society with intentions that are not always clear. The recognisable nature of the storyline is perhaps the film’s biggest negative. Although, once you look beyond this, the well-written narrative is still undoubtedly enthralling.

Bradley Cooper leads the picture with the charisma that is expected as he is rather compelling in a number of key scenes. The actors that join him are quite effective too, especially the ever-exceptional Cate Blanchett. Every character is suitably layered and almost always convey a hidden yet present backstory. The man that Cooper plays is familiar but still explicitly fascinating and audiences will be intrigued to learn more as each act passes. However, the true star of the show is the film’s production design, costume design and cinematography.

The environments that have been conjured by Tamara Deverell carry an ethereal beauty that perfectly complements the script and its characters. Furthermore, Luis Sequeira has put together attires that in many ways seem destined to be iconic. All this is wonderfully shot by the masterful Dan Laustsen. The classic Guillermo del Toro flavour is always present, whether we are positioned in a dirty circus tent or a high-class restaurant.

Fans of the del Toro will surely find much enjoyment in Nightmare Alley. While other viewers may appreciate the movie too, many are likely to find the story to be cinematically cliché. Even so, there is very little argument to be made when it comes to the film’s bewitching style and visual flair.