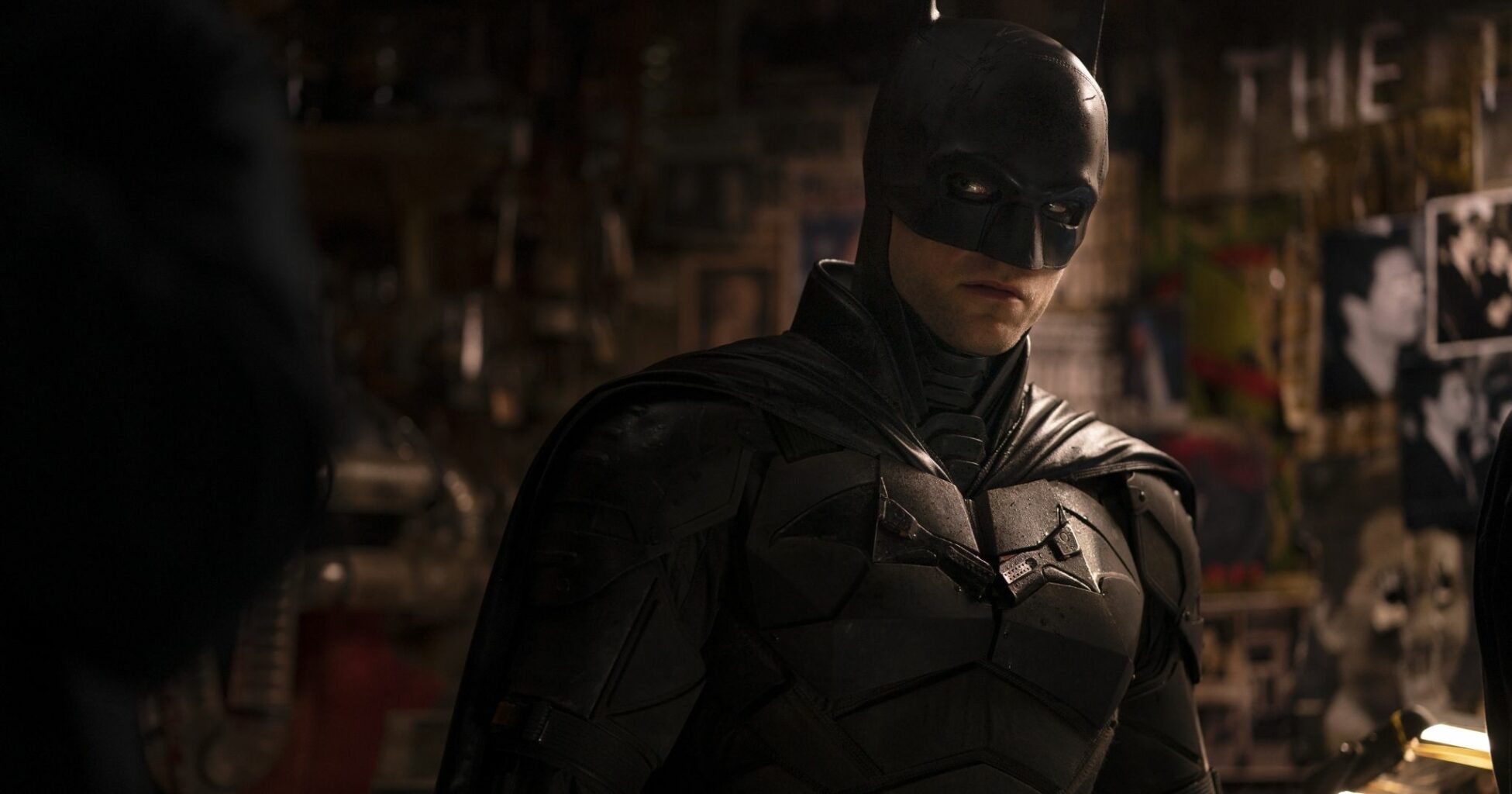 When it comes to iconic characters, The Caped Crusader stands firmly amongst the most popular personas that have taken centre stage on the silver screen. While oversaturation must be considered, a well-told narrative will always provide an abundance of reasons for the return of The Dark Knight. Co-written and directed by Matt Reeves, The Batman re-introduces Bruce Wayne within a captivating fusion of grounded realism and stellar comic book style. A detective story through and through, this is a thrilling tale of an unstable hero searching for his purpose within a rotting city.

As a sadistic serial killer threatens the lives of citizens, Batman must investigate a trail of abuse and power in pursuit of the answers that he is searching for. The masked vigilante is played by Robert Pattinson. The supporting cast includes Zoë Kravitz, Jeffrey Wright, Paul Dano, Colin Farrell, Andy Serkis and John Turturro.

When it comes to realism, The Batman sets a new standard for the superhero genre. This is not a world filled with powers and magic, it is one that is concentrated on authentic brutality. There isn’t even an abundance of outlandish gadgets nor is there a batmobile that does much more than drive fast. With this in mind, the movie is also constructed with a comic book style that is a surprising throughline for the entire picture. Gotham and everyone within it feels like they have been pulled directly from the pages of a graphic novel. It is a difficult blend to make but these designs never clash with the gritty intentions of the script. By approaching the narrative via these means, Matt Reeves has chosen to focus on situations with real stakes, led by individuals that are deeply flawed.

With a few minor science fiction elements here and there, this film is a genuine detective story. As the audience, we follow Batman as he uncovers secrets that threaten to destroy Gotham. He may not always be the one that solves every mystery but this doesn’t detract from what is an incredibly interesting take on the character. This is an unhinged Batman that is still looking for his purpose and doesn’t quite know what actions are needed to save the city. Imperfect and angry, he still has a long way to go before he has created the honourable symbol that many have grown to adore.

Robert Pattinson is perfectly cast as this iteration of The Dark Knight. Propelled by pure anger, his acting encapsulates a depressed billionaire that is addicted to a crimefighting lifestyle. There is no playboy Bruce Wayne present either as Pattinson is sorrowful even without the mask. Some may find him a little one-note but the conclusion of the movie will mostly resolve any of these concerns.

Pattinson is also joined by a spectacular supporting cast that elevates every interaction that he has. Jeffrey Wright is simply superb as Jim Gordon, as is Zoë Kravitz as Selina Kyle. As previously mentioned, everyone in the film manages to feel honest while still maintaining the personalities of the heroes and villains that they are based on. This is perhaps most clear with Paul Dano’s Riddler. Clues and puzzles are his MO yet there are several moments where he resembles terrorists and killers that have existed in the real world. Because of this, his actions hold weight and he is undoubtedly terrifying. In other comic book features, bad guys threaten the destruction of the world. This may be entertaining but what Matt Reeves has done with The Riddler is uncomparably more powerful as this is the kind of man that could break into your home in the middle of the night. He is a bit similar to The Joker at times but has enough unique qualities to stand on his own.

Of course, The Batman does feature a lot of action alongside the more dramatic sequences. Each fight scene is completely blunt and even a little uncomfortable due to the barbaric weight of each punch. A specific chase involving the batmobile continues this tone as it successfully delivers thrills and anxiety due to the way that it has been shot. In fact, every moment seems precisely photographed with specific intentions in mind. By combining gorgeous visuals with an emotional score, the crew behind the film have crafted a technical masterpiece.

As the cinematographer, Greig Fraser has brought to life a city that is not only named Gotham but also feels like it too. Some noticeable CGI aside, the rain-drenched neon poison of every landscape contributes to the comic book style immensely and allows every frame to be a work of art. Beyond the imagery, it is the score that acts as a character all on its own. Michael Giacchino has crafted what might be his best work yet as his music is thematically appropriate throughout and contains many songs that will very likely be listened to for decades to come.

The Batman is nothing short of cinematic brilliance. Matt Reeves and his highly talented team have brought forth the most accurate depiction of The Caped Crusader to date while also establishing the character within a boldly grounded world. This is the Batman film that many fans have been waiting for, one that is fun, moving and intense.