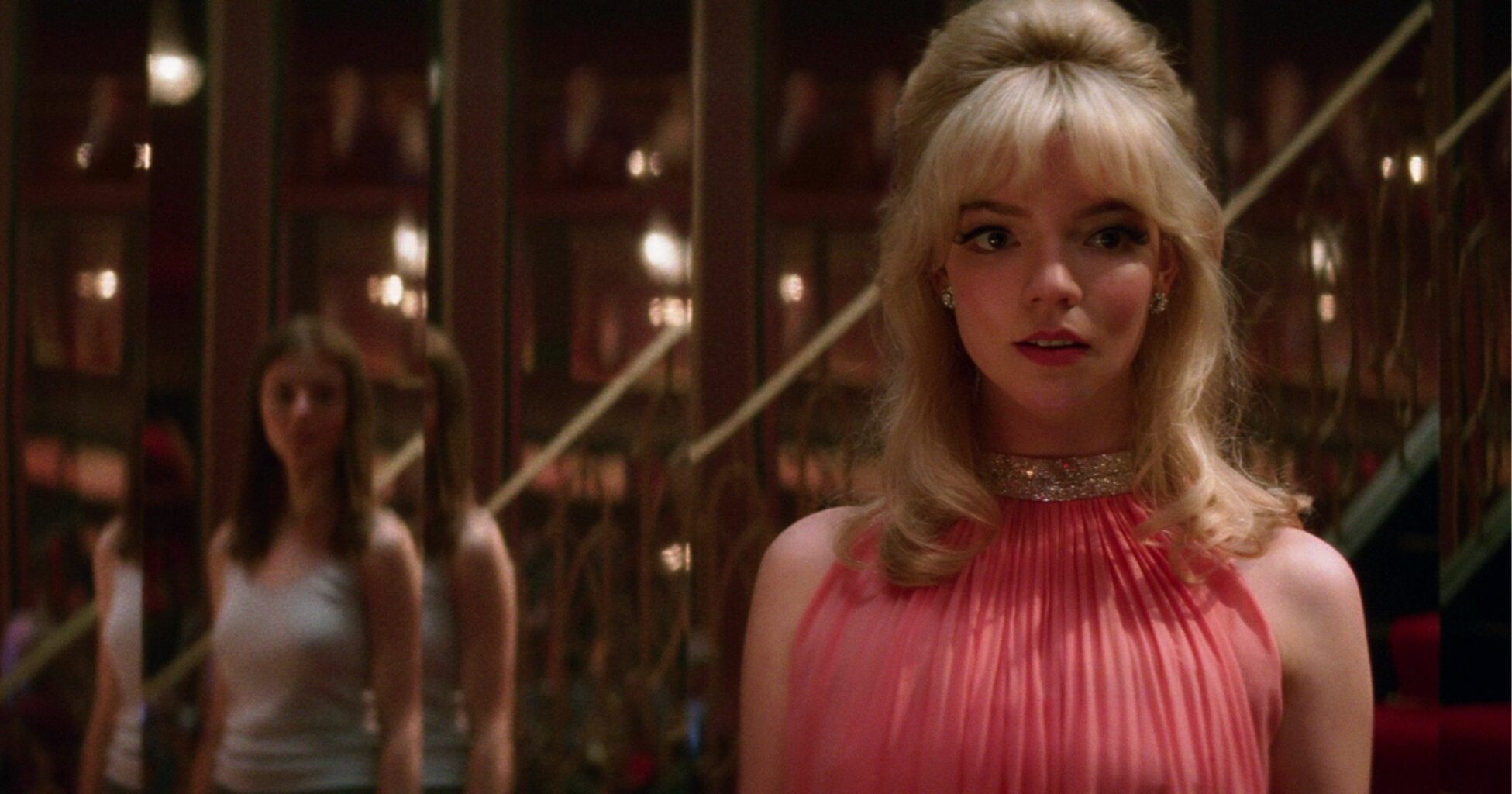 Beginning his cinematic career helming the micro-budgeted A Fistful of Fingers, Edgar Wright has spent almost 20 years developing his unique style across a number of fan-favourite features. Although many of his projects include quite a bit of comedy, his recent filmmaking endeavours have gone in a more serious direction, proving that he has all the skills required to be a multi-faceted master of the big screen. Co-written with Krysty Wilson-Cairns, the new Edgar Wright movie, Last Night in Soho, tells a brilliant story about the pain that can lie beneath a delightful facade. Some minor flaws aside, this release is beautifully shot, seductively thrilling and expertly made.

Utilising her ability to experience the past, a young fashion designer attempts to unravel a decades-old mystery involving a wannabe singer and the dark underbelly of London. Leading the picture is Thomasin McKenzie with a supporting cast featuring Anya Taylor-Joy, Diana Rigg, Matt Smith and Michael Ajao.

Decidedly more earnest than Wright’s previous efforts, Last Night in Soho is perhaps best described as a thriller. While there are still a few jokes, they are used more as a decorative reprieve from the film’s dread-filled subject matter. Thomasin McKenzie’s youthful naivety adds an extra layer to this approach as her performance is superbly believable and pleasantly affable. With each step down the staircase of insanity, she is always impressive in her role as is the absolutely stellar Anya Taylor-Joy.

Quite different personality-wise, Taylor-Joy is convincingly strong in her role (even when faced with a tragic situation). As soon as the movie chooses to project the dark side of mankind, she is a consistent anchor that we empathise greatly with. It is in these sequences of savage force that the film is at its scariest. There are sections where traditional horror is employed but they often feel lacklustre compared with the very real terror that afflicts many women in show business. Wright does seem limited when it comes to scaring audiences with creepy visuals and jump scares but he excels in creating tension and inducing anxiety in more convincing scenarios.

Despite holding a mirror up to the darkness of society, Last Night in Soho manages to still maintain a positive throughline. From the beginning, there is a light that can be felt along the tunnel. The script seems intent on communicating a message about how the past doesn’t have to define your future. After a few more watches, the symbolic meaning of the story will likely be more clear but one screening alone is enough to make an emotional impact.

Touching on an issue for a moment, the rules of the lead character’s supernatural abilities seem a little messy and their use isn’t always clear. Although, this element seems deliberately thin in order for the focus of the film to lie elsewhere. The heart of the story is as much the characters as it is the neon-lit area of Soho. Shot like a moving painting brought to life, Chung Chung-hoon’s cinematography is enchantingly gorgeous. This combined with some special effects and choreography has resulted in the precise visual filmmaking that Edgar Wright is famous for. In his past work, every frame has a meaning and this release is no different. Another trademark of the director is his use of music. Featuring a long list of timeless classics, this movie is sonically mesmerising thanks to its soundtrack, however, the original score by Steven Price is utterly excellent as well and deserves just as much praise.

As if it wasn’t evident already, Last Night in Soho cements Edgar Wright as one of the most unique and talented filmmakers working today. A skilled director that is able to create engaging stories in many genres, Wright continues to build his legendary filmography with another stand-out movie.