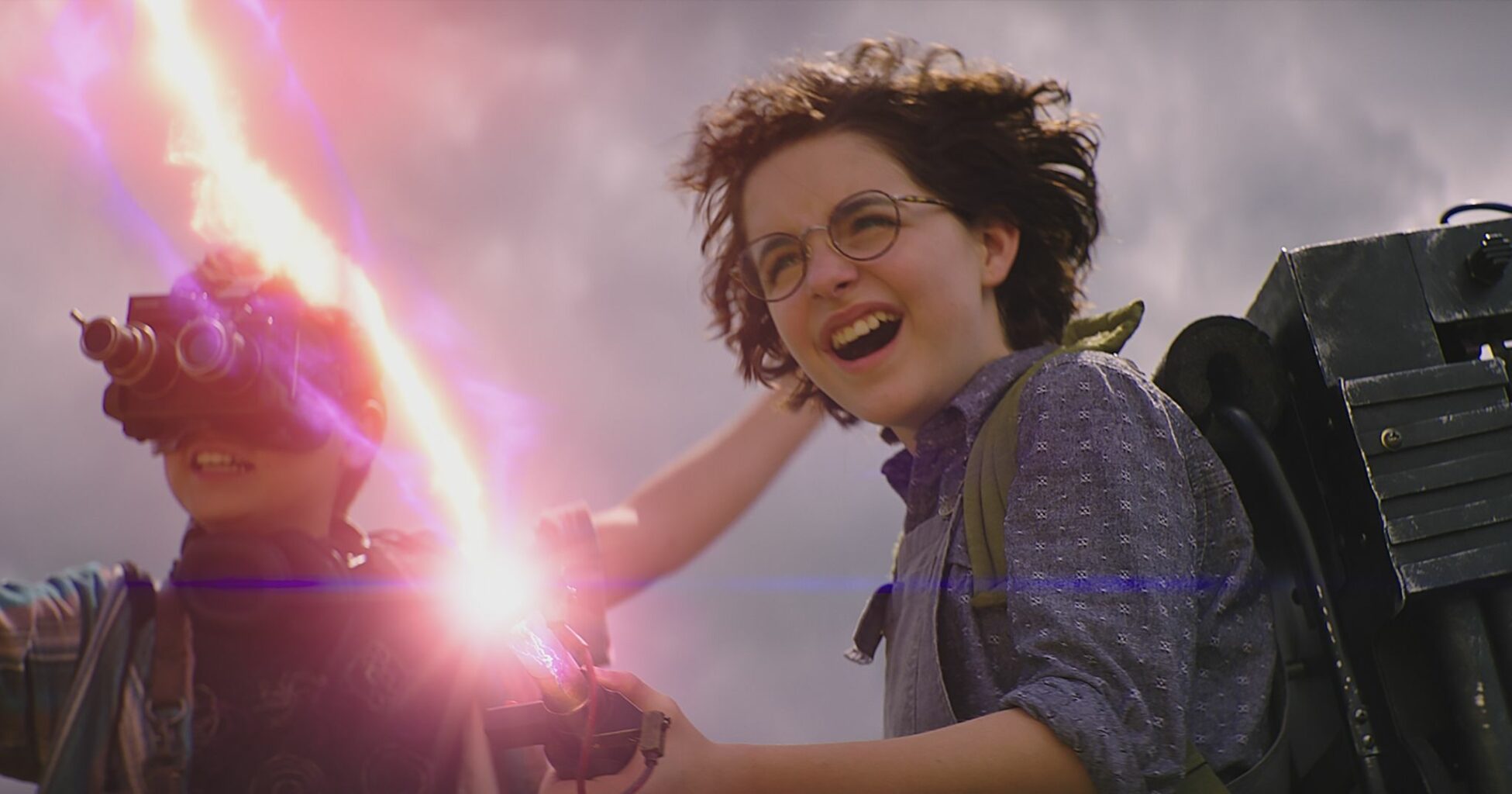 Nostalgia is a double-edged sword when it comes to its use in movies. On the one side, it can often be employed to spark fond memories. However, when overdone, the potential for a good story is replaced with heavy-handed references to the past. Co-written and directed by Jason Reitman, Ghostbusters: Afterlife features a likeable cast of characters but fails to utilise them in an efficient manner. Instead of establishing an exciting new direction, the film has chosen to replace narrative weight with nostalgia.

Ghostbusters: Afterlife is not a comedy like the 1984 movie, in fact, it is more of a coming of age drama. There is some dry humour here and there, but the focus is largely on the characters that drive the story forward. Mckenna Grace is the biggest positive here and she may be the best part of the film overall (alongside the skilful cinematography and music by Eric Steelberg and Rob Simonsen respectively). Her awkward yet endearing performance is enjoyable and her personality as a whole is perfectly suited for the tone of the picture. The actors that join her are all quite good too but many of them don’t have a whole lot to do.

As good as Grace is, even she becomes stagnant during large sections of the script. The story takes some time to build towards its action scenes but fails to fill these periods with much substance. The cast is likeable but the movie decides to spend more time referencing the past while it should have been giving attention to the present. These connections to the original film are simply overbearing and far too frequent. Some restraint would have been appreciated as all you need is the sound of the Ecto-1 if you want to deliver wistful goosebumps.

The nuisance nature of this nostalgia only increases with each passing moment of the 125-minute runtime. The climactic finale is all too familiar and the return of the former Ghostbusters just comes across as lazy. Of course, it is good to see them back but their inclusion doesn’t feel natural at all. Furthermore, the way the film deals with the death of Harold Ramis is also a little troublesome. Truthfully, the movie handles his passing with care initially but the tribute is taken too far during the final showdown with an entirely unoriginal villain.

Ghostbusters: Afterlife is sometimes fun but lacks the story depth required to be the kind of film that it wants to be. Led by the wonderful Mckenna Grace, the movies’ short list of positives are sadly drowned out by graceless nostalgia.