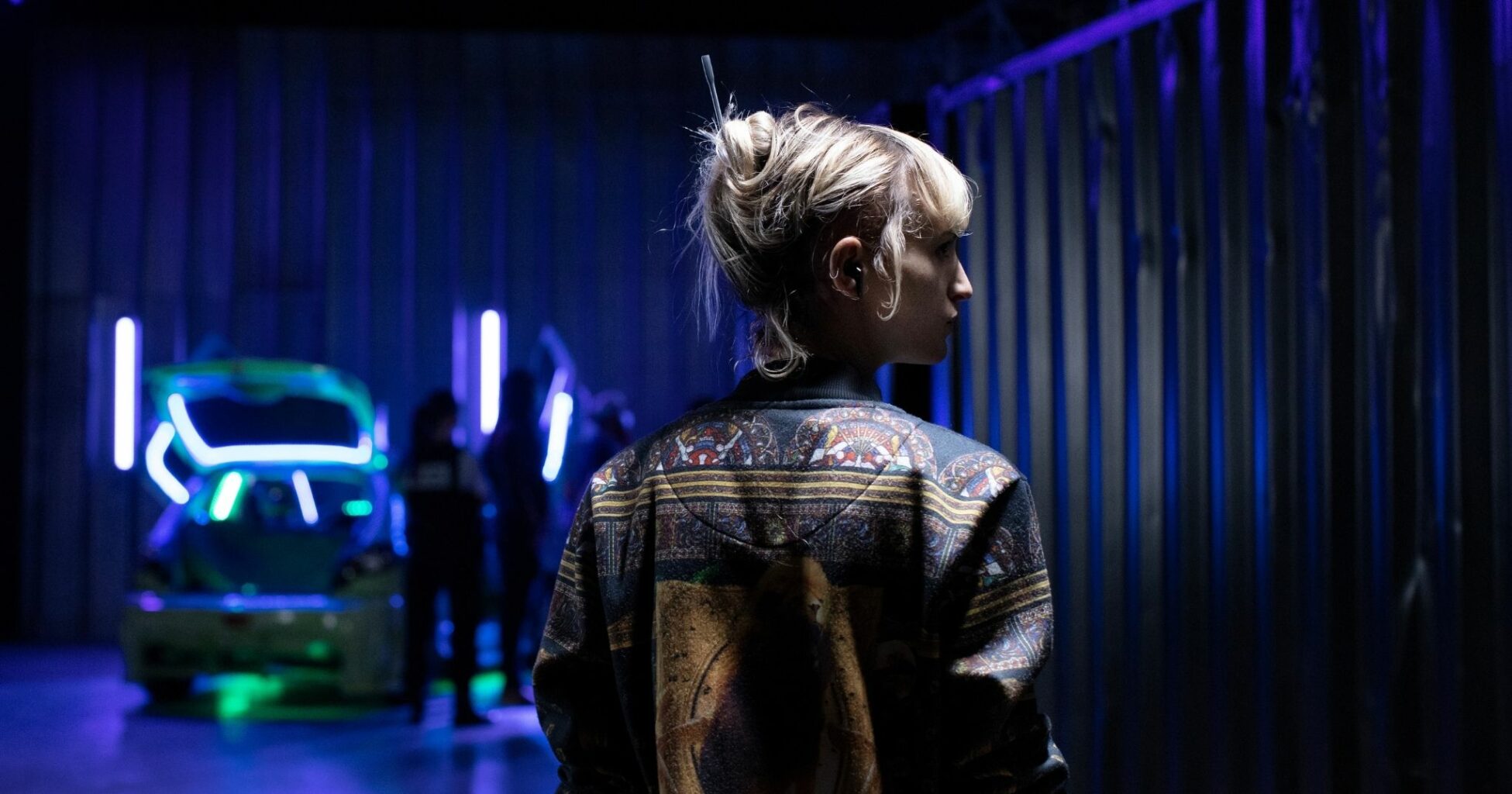 The exploration of humanity through the lens of bizarre circumstances can often be fantastic fuel for a cinematic story. Although such an approach may be off-putting to many viewers, those willing to dive headfirst into a pool of absurdity are sometimes presented with the gift of a uniquely interesting tale. Written and directed by Julia Ducournau, Titane combines brutality with compassion, a mix that results in a beautiful symphony of chaos.

Injured in a car accident as a child, Alexia grows to become a callous woman on a path paved in distorted destruction. This protagonist is played by Agathe Rousselle. She is joined by Vincent Lindon, Garance Marillier and Laïs Salameh.

Titane is a film that proudly portrays a vulgar vivisection of mankind. As its essence is propelled by shockingly strange events, many scenes will be far too unorthodox (and grotesque) for those used to mainstream storytelling. In many ways, it fits in the genre of body horror but that label alone would not be an honest description of the movie as a whole. Truthfully, there is an incredibly emotional heart within the body of this picture, one that utilises the grim framework to establish poignant symbolism.

As the main features of the film, Agathe Rousselle and Vincent Lindon deliver the painful flaws of human nature in their performances. The journeys of their characters are quite different but their eventual collision proves to be a meeting of great importance. There are a variety of metaphorical messages at play here, many of which are difficult to interpret. However, it is this intricacy that will result in many interpretations, none of which are wrong. As mentioned, the movie is sometimes obscene, but this element is there to support the confidently complex characters.

Beautifully shot thanks to the cinematography by Ruben Impens, this French-language release is clearly made by talented experts of the craft. Julia Ducournau has done a wonderful job creating a film that won’t appeal to everyone. Beyond the cinematic qualities, the script itself is the main reason for the story’s success. To her credit, Ducournau has proved to be as efficient at writing as she is at directing.

A movie that will probably be forgotten at the Oscars due to its bizarre nature, Titane is without a doubt one of the best films of 2021. Wonderfully weird and terrifically touching, this unique narrative offers an emotional experience unlike any other.