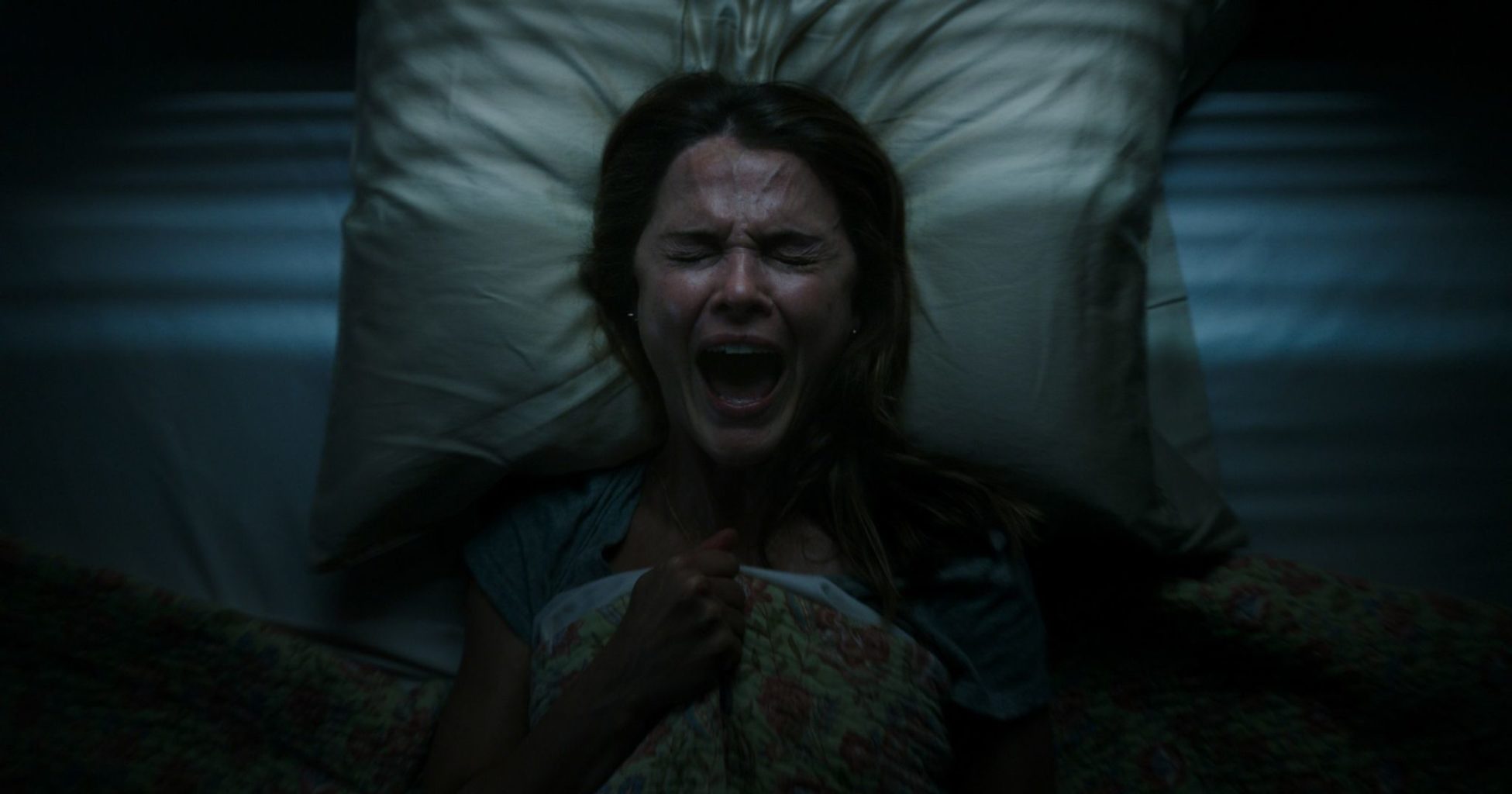 Mixing spectacle with character depth is a difficult task when creating a horror movie. More often than not, filmmakers choose to either deliver an enjoyable experience or a psychological one. When a combination is attempted, a high level of skill is required to balance each element effectively. Co-written and directed by Scott Cooper, Antlers isn’t quite the emotional horror film that it wants to be. Nonetheless, it is still an entertaining effort despite falling short of its goals.

A small-town teacher discovers one of her students is hiding a dangerous secret with devastating consequences. The protagonist is played by Keri Russell. She is joined by Jesse Plemons, Jeremy T. Thomas and Scott Haze.

Wrapped in the packaging of a slasher, Antlers is actually a film about the effects of trauma. While a grotesque monster does appear, the story also attempts to create a metaphorical parallel between the beast and abusive parents. There is a heart of dark intentions that sits at the core of this picture. Cooper could have easily made a simple creature feature but has instead decided to inject the narrative with some psychological weight. This approach doesn’t work completely but the effort is certainly admirable.

As mentioned, the exploration of the film’s characters isn’t exactly perfect as we don’t spend enough time dissecting each individual’s emotional state. With this in mind, there still is enough depth here to make us care. Furthermore, Keri Russell delivers a great performance (even in the scenes with hamfisted dialogue). Beyond the more dramatic elements, the movie also has quite a bit of fun in the horror sequences. These moments aren’t that scary but are sufficiently entertaining in a crowd-pleasing kind of way.

At the end of the day, Antlers is an enjoyable (and sometimes emotional) film that doesn’t quite reach the commendable targets that it has set up for itself. Destined to be mostly forgettable, it is a shame that this story wasn’t just a little bit better.