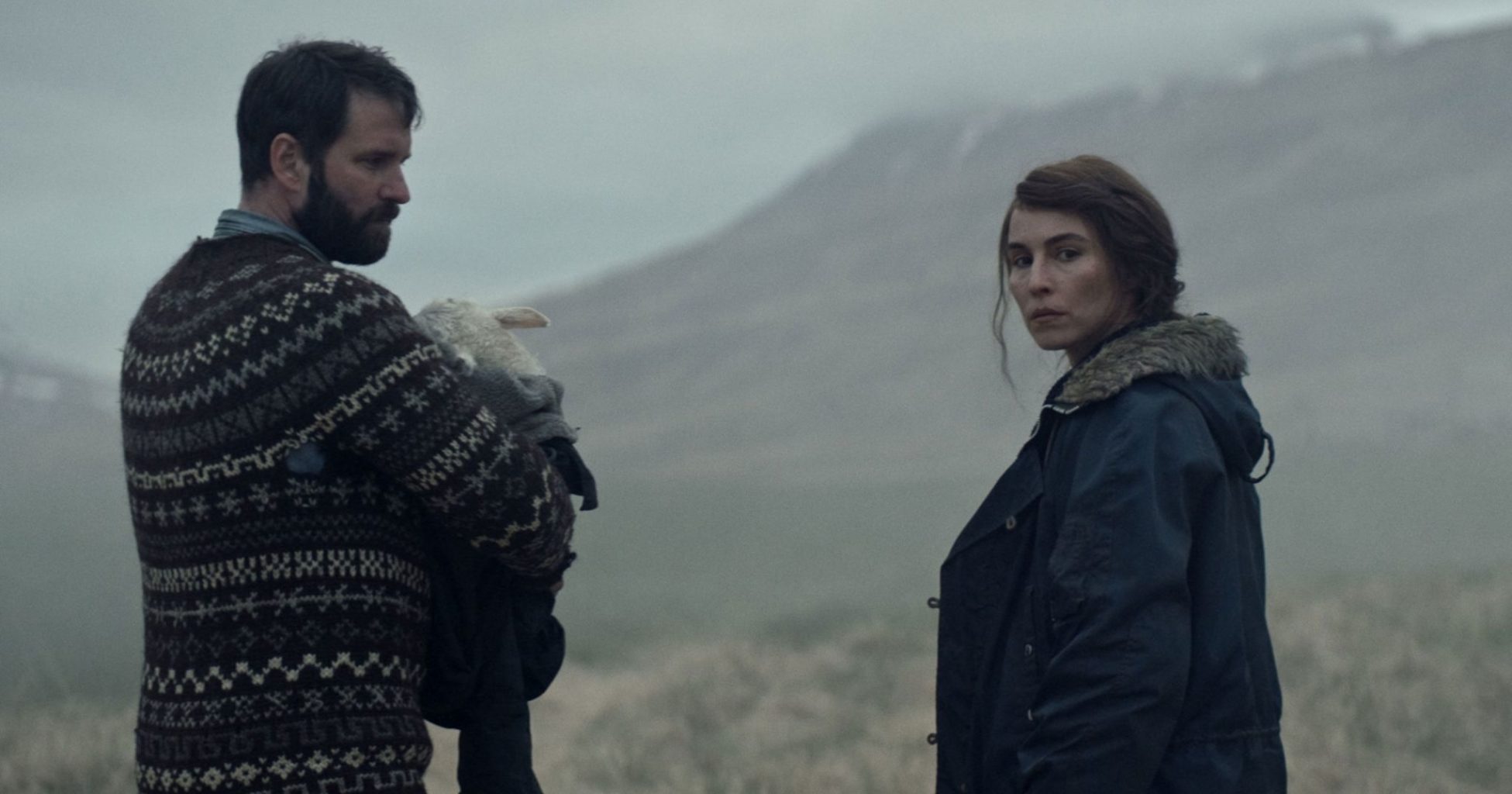 While not a necessity, defining a target audience often helps the creation of a film. By understanding the desires of a particular group of people, a director can then clearly define their story’s purpose. Without this, the movie may struggle to maintain a narrative throughline. Co-written and directed by Valdimar Jóhannsson, Lamb is wonderfully bizarre but lacks the storytelling strengths required to be a great film. Unfortunately, this odd case of tonal whiplash fails to live up to its potential.

A couple in the middle of rural Iceland discover a hybrid creature in their barn and decide to raise it as one of their own. Noomi Rapace and Hilmir Snær Guðnason lead the movie. They are joined by Björn Hlynur Haraldsson in a supporting role.

Despite its crazy nature, the biggest question that many will have after watching Lamb is: “Who is this film for?”. Beginning as a surreal fairy tale with hints of body horror, the narrative quickly shifts into an uplifting story about an unconventional family, before taking another wild turn just before the credits arrive. Some scenes are creepy while others are jovial and there is very little connective tissue to transition between them.

Essentially, the movie isn’t scary enough to appeal to horror fans and it is too weird for regular viewers. The script doesn’t have the depth to mitigate these issues, so they become blatantly apparent with each passing minute. Furthermore, the film wants to be symbolic but the events feel too real for this to work effectively.

In spite of its unclear purpose, the film does have a few qualities. The actors are solid and the location is utterly gorgeous. The first chapter is constructed quite well too, with a mysterious atmosphere that is rather unsettling. As mentioned, the core concept is quite strange, so the confidence to develop this Icelandic-language story is admirable. Unfortunately, this idea isn’t used to its full potential.

Lamb is a film that likely sounded incredibly intriguing when pitched. Sadly, it is too tonally inconsistent to make an impact. Despite being delightfully bonkers, the script (and other issues) prevent it from being a film that can be recommended.