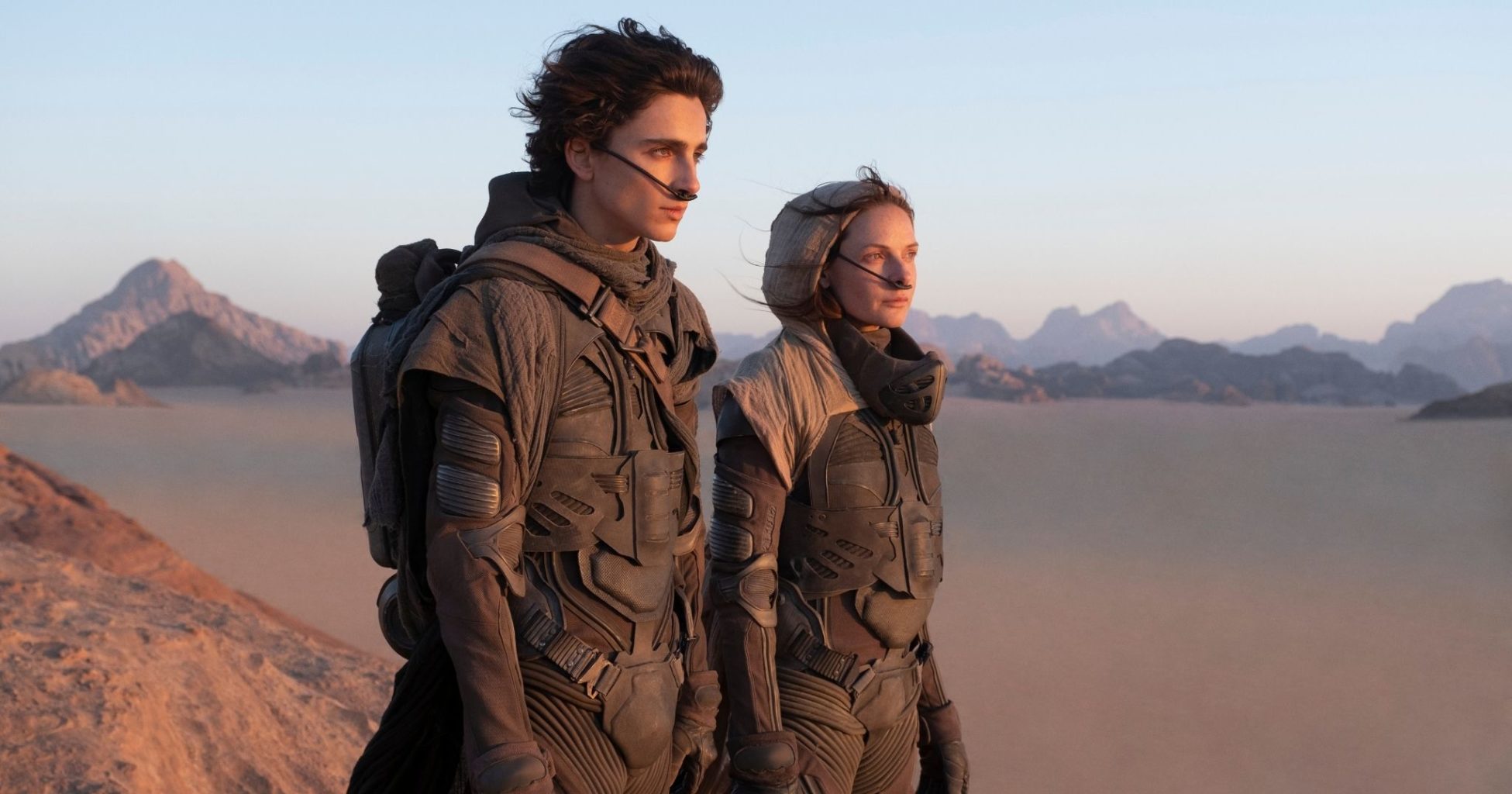 With such a long cinematic history, the genre of sci-fi often suffers from an oversaturation of similar ideas. However, in the right hands, a futuristic setting provides a glorious backdrop for an incredibly captivating experience. Co-written and directed by Denis Villeneuve, Dune is a masterclass in worldbuilding. Exceptionally beautiful and filled with satisfying set-pieces, the film triumphantly reveals an enthralling universe, despite its shortcomings as a standalone feature.

Travelling with his family to a dangerous planet, Paul Atreides must face his fears in order to realise his destiny. The aforementioned individual is played by Timothée Chalamet. The star-studded supporting cast includes Rebecca Ferguson, Oscar Isaac, Josh Brolin, Stellan Skarsgård, Dave Bautista and Zendaya.

As the first chapter to a two-part tale, Dune perfectly sets the stage for the eventual conclusion. Gorgeously shot by Greig Fraser and set to a cosmic-charged score by Hans Zimmer, the film lets us dive right into the planet of Arrakis. Certainly, there are details that will become a little more clear on a re-watch but the most important narrative beats are interesting and easy to follow.

Within the story are the characters, each adding a different flavour to the events taking place. Their development isn’t too deep but they are given enough substance to make us care. As the leads, Timothée Chalamet and Rebecca Ferguson’s characters have more layered personalities as they are tasked with propelling the tale forward. They are quite excellent in their roles (Ferguson especially) and their familiar bond is established effectively. With this in mind, Paul Atreides does come across as somewhat formulaic. A young man fulfilling his destiny is a common trope in science fiction and Chalamet’s performance alone isn’t enough to hide this.

Those looking for grand spectacle and action will be left with a huge smile on their face. The epic landscapes allow the sand-covered planet to be a wonderful location for the more explosive moments. Furthermore, you get a real sense of scale each time the camera pulls out on soldiers engaging in combat. These sequences do feature some questionable CGI but they are mostly short-lived as the film uses practical effects whenever it can. Speaking of which, the production design by Patrice Vermette is absolutely marvellous. This combined with Robert Morgan and Jacqueline West’s exquisite costumes inject the universe with important components that allow it to feel completely real.

With “part one” featured in the opening titles, it is clear from the start that there is a sequel planned. Once we receive the follow-up, each half will hopefully fit together as a cohesive unit. The problem is, as it stands, the current narrative feels blatantly unfinished. This film lacks a definitive ending and is abruptly cut off once the credits begin to roll. This does not mean that the ending is bad, it is just to say that the true finale is still to come. At the very least, the movie will undoubtedly leave you wanting more.

Dune is enchanting, engaging and electrifyingly brilliant. It may struggle as a standalone release but it makes up for any problems with its wonderful worldbuilding and charismatic characters. When all is said and done, the Dune saga may very well end up being one of cinema’s greatest.