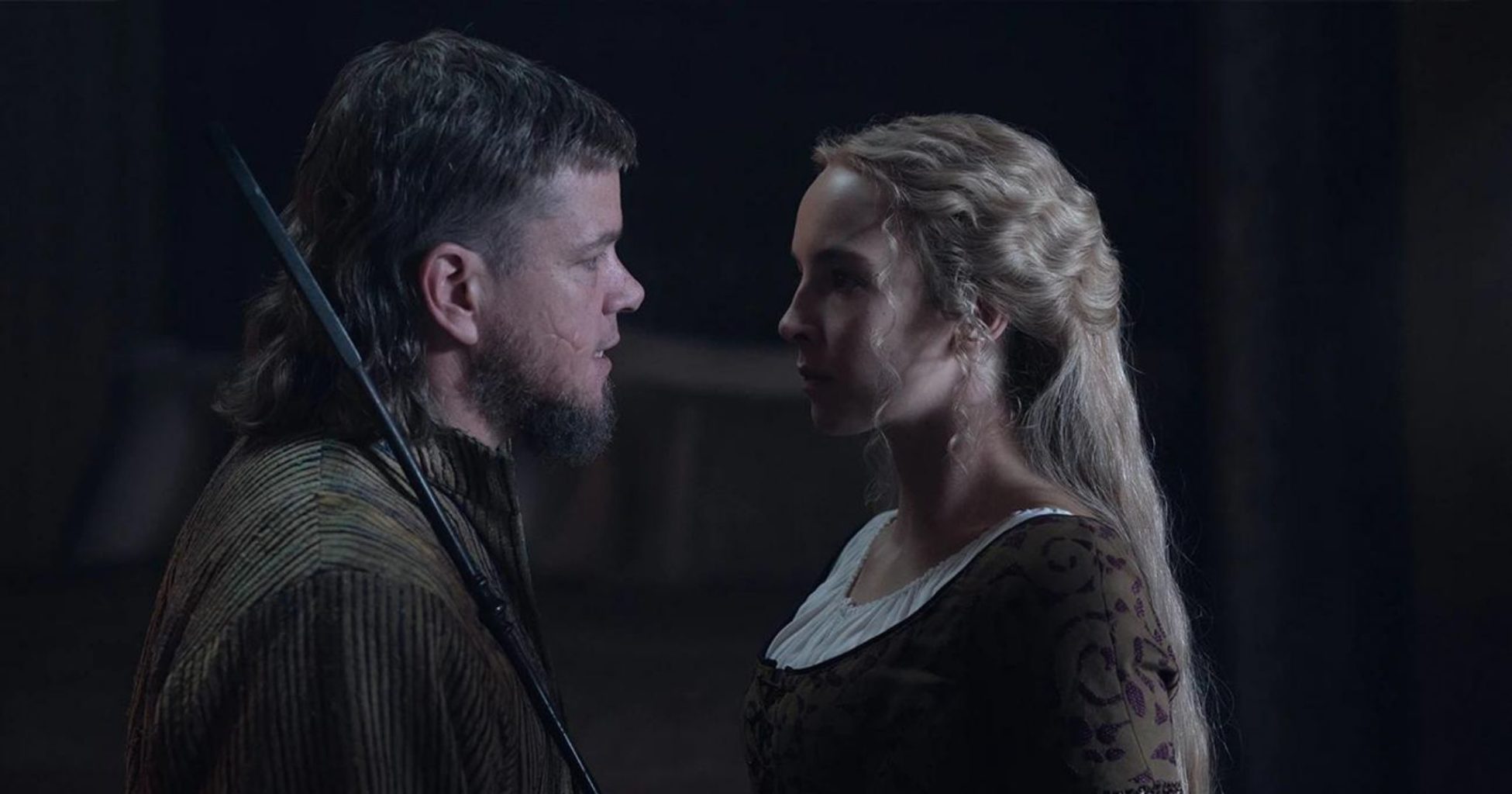 In the world of cinema, the medieval time period continues to be revisited, year over year. While the setting itself has become a little cliché, the stories can still be incredibly engaging with a master filmmaker at the helm. Directed by Ridley Scott, The Last Duel is an epic tale of trust, honour and masculinity. Uniquely presented thanks to its chapters, the movie expertly delivers a modern analysis of an archaic world.

Two former friends engage in a trial by combat after one of their wives accuses the other of rape. The picture features Matt Damon, Adam Driver, Jodie Comer and Ben Affleck.

With each chapter depicting an individual’s perspective, The Last Duel meticulously unveils its plot one step at a time. This approach allows for intrigue in every scene, as the narrative dissects the same events from different points of view. There are a few moments where this feels repetitive but the brisk pace ensures that the story is mostly told effectively. In inexperienced hands, the speed by which we follow the timeline could have been confusing. However, the creators of the movie confidently trust the audience to keep up.

Thanks to the script written by Nicole Holofcener, Ben Affleck and Matt Damon, most lines of dialogue follow a purpose. Furthermore, the performances by the cast are supremely impressive. Affleck is surprisingly funny while Damon and Adam Driver each successfully convey different sides of masculinity. In many ways, the film depicts a tragic era where the world was incredibly difficult for women. This message flows throughout and is often carried by the delightful Jodie Comer.

Comer is utterly outstanding as Marguerite de Carrouges. In essence, it is her story as the titular duel occurs due to her ghastly assault. In previous years, the narrative might have focused on two burly men fighting to the death. Thankfully, Ridley Scott has chosen to be far more modern. By giving Comer’s character her own chapter, the movie becomes elevated and features more substance than some would expect.

Beyond the psychological elements of the film, the historical setting is realised quite well. Commendations must be made to Judy Farr and Janty Yates for their set and costume design contributions. The cinematography by Dariusz Wolski is admirable as well as he is able to realise the scale of many locations even though most scenes take place indoors. The French environment is wonderfully realised, however, one issue that may annoy some is the fact that everyone is speaking English and nobody has an appropriate accent.

The Last Duel is a tremendous entry in the filmography of Ridley Scott. Crafted in conjunction with a well-written script, this piece of drama is both entertaining and emotional. While the 153-minute runtime may be daunting to some, the movie’s many positives make it an experience worth having.