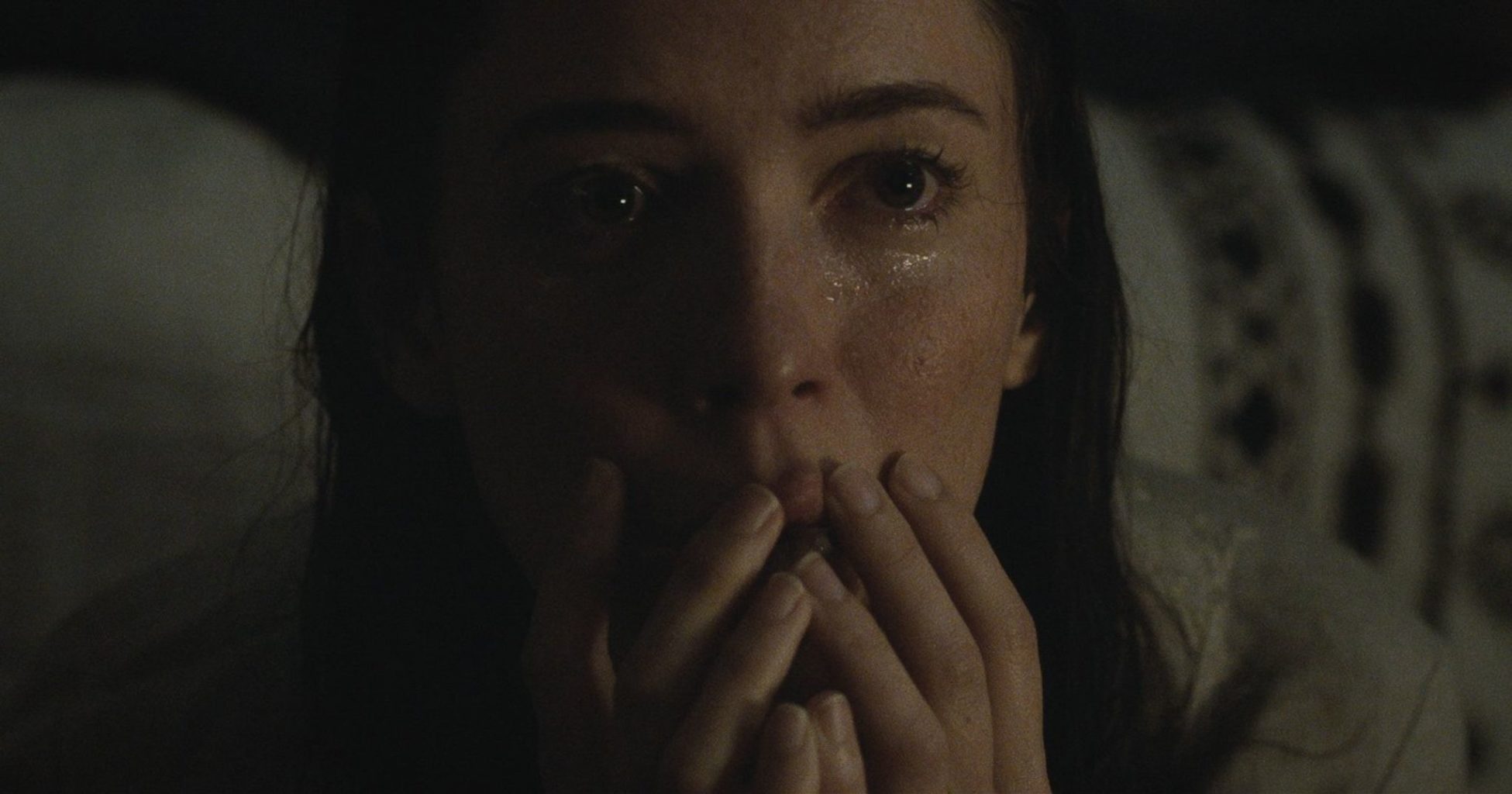 Often criticised unfairly, the genre of horror is frequently able to deliver stories that have far more depth than one would expect. Utilising a terrifying situation in order to convey an affective story, these movies often have the potential to be impressively poignant. Directed by David Bruckner, The Night House is an emotional tale of depression and loss hosted within the halls of a tense horror film. Driven by a spectacular lead performance, this sincere structure of horror offers a surprise behind every door.

Left alone after her husband’s suicide, Beth begins to feel a disturbing presence in her home. Rebecca Hall portrays the previously mentioned protagonist. She is accompanied by Sarah Goldberg, Vondie Curtis-Hall and Evan Jonigkeit.

The Night House is not the film that some viewers may expect. It is not as consistently terrifying as other horror releases but it still features quite a few significantly scary scenes. By using creepy visuals (gorgeously shot by Elisha Christian) and chilling sound design (confidently constructed by Ric Schnupp), the movie establishes a haunting framework that houses the story’s true purpose.

There is a lot of beauty beneath this narrative’s dark ceiling. Initially taking its time to introduce our main character, the plot eventually moves quite briskly as it delivers its melancholic tale. Within the film’s stylish architecture is the furniture that serves as the script’s symbolic meaning. While some of these metaphors may be obvious to some, they are still incredibly effective thanks to the wonderful acting of Rebecca Hall.

Living within the walls of every scene, Hall is absolutely stellar. In poorer hands, her character may have come across as laughable. However, with her expert touch, Beth’s delirious state is both believable and tragic. Even though there are a few moments that act as exposition dumps, her performance is so great that you can almost forgive the rare instances where the script falters.

Each minute of the picture is painted in a mysterious tension that propels the 110-minute runtime. In many ways, this movie is as much a thriller as it is a horror. Even if you aren’t interested in the interior, the gorgeous facade will be enough to please audiences that don’t wish to dive beyond the story’s surface.

The Night House is a horror film that combines an emotional purpose with stylish scares. Clearly designed to be uniquely haunting, the precise construction of this picture has resulted in a moving experience that won’t soon be forgotten.