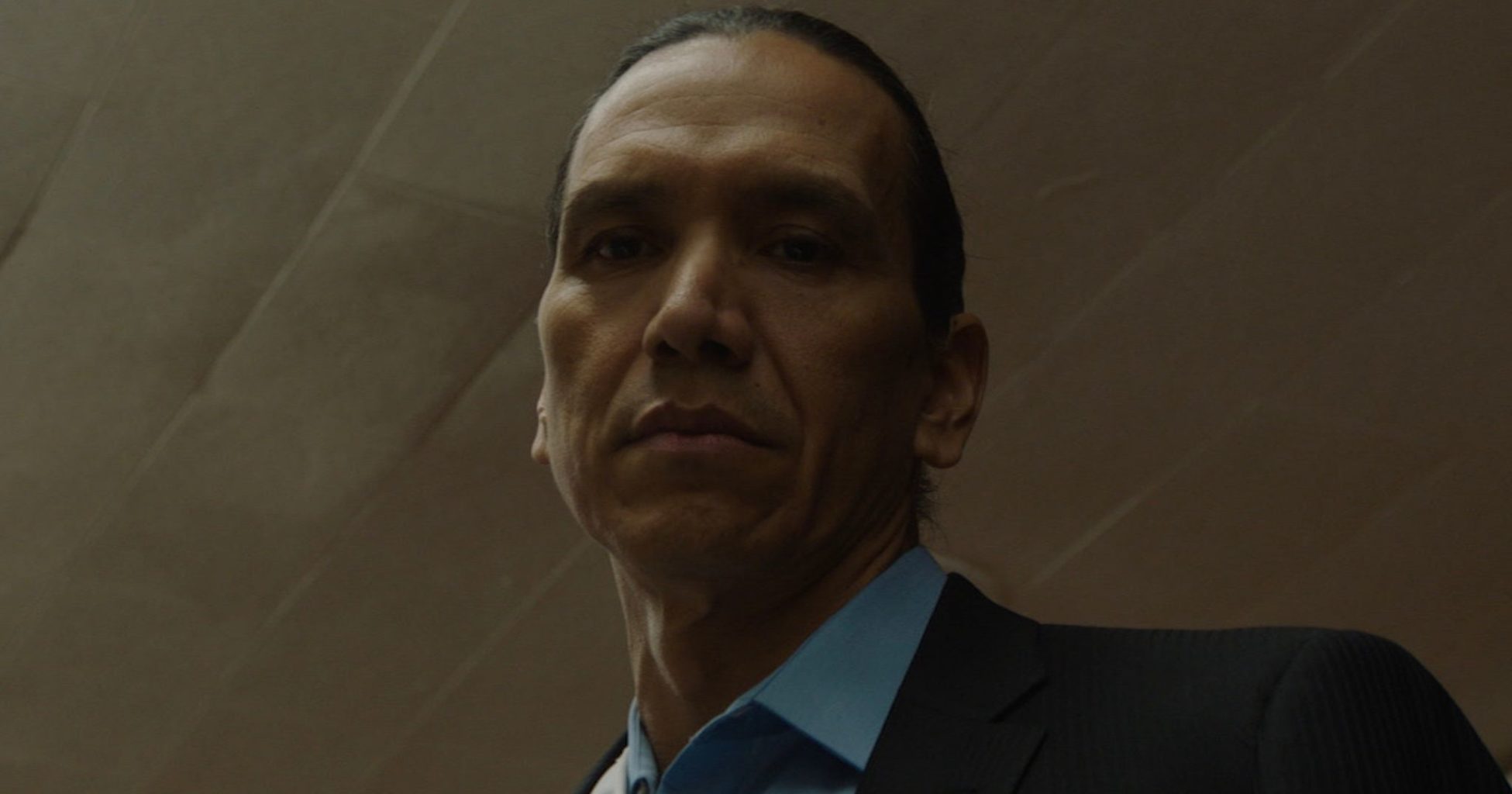 We live in a world where violence is all too common. Appearing in a variety of shapes and forms, the brutality of man has been instilled in our species for centuries. The barbaric nature of some individuals has certainly been explored in many films and will likely be analysed for a long time to come. Written and directed by Lyle Mitchell Corbine Jr, Wild Indian is an excellent examination of childhood trauma and its consequences. Led by some fascinating characters, this fast-paced portrait of violence will have viewers absorbed for the full runtime.

Eternally bound by a crime they committed as children, two men begin to feel the effects of their disturbing secret. The duo that leads the film is Michael Greyeyes and Chaske Spencer. The supporting cast includes Phoenix Wilson, Julian Gopal, Kate Bosworth and Jesse Eisenberg.

The core of Wild Indian is the layered individuals that we follow, principally Makwa and Ted-O. Through their actions, we explore how trauma can define someone’s life path. Their personality is subtly unravelled as the story moves forward, leaving the audience eager to know more with each passing minute. Moreover, Greyeyes and Spencer are utterly sublime in their roles and are perhaps the best part of the film.

Presented via a clean visual style and an emotional score (thanks to Eli Born and Gavin Brivik respectively), the characters frequently feel like puzzles that need to be solved. Truthfully, the movie could have been only about Makwa and it might have been just as engaging. Every moment that we spend with him is deeply satisfying, even if he is frequently unsettling and often despicable. Ted-O is comparatively interesting by himself and offers a more relatable journey. He is pivotal to the narrative and can be seen as the heart of the film even if he gets less screen time.

Touching on a few negatives, the story that propels the movie’s events does feel a little narrow and underdeveloped at times. As the characters are our main focus, this isn’t a glaring issue but it is worth considering when discussed alongside the pace of the picture. Each scene seems to come and go in rapid succession. With some more time to breathe, certain sequences that are already quite good could have ended up being great. It partly feels like the movie was forced to be 90-minutes. An extra half an hour could have further improved the film and would have elevated it to the next level.

Wild Indian is a fantastic feature debut for Lyle Mitchell Corbine Jr. While some of its storytelling elements aren’t perfect, its superb characters alone make it a movie worth watching.