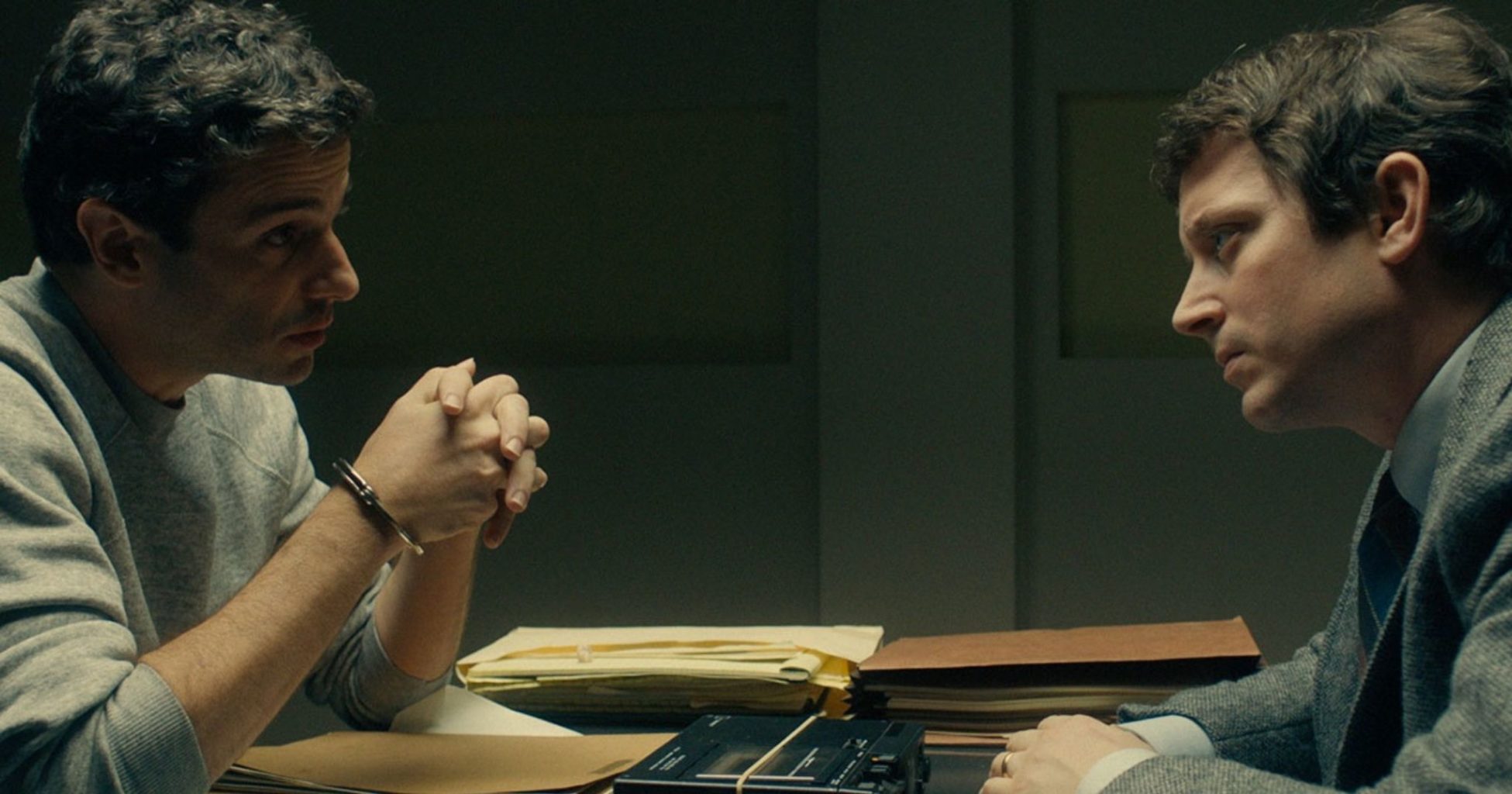 Society’s fascination with serial killers is not a new phenomenon. People have always been interested in the evil that certain men are able to do. This obsession has resulted in countless depictions of sequential murderers in various forms of media. No matter how much time is passed, the most famous homicidal individuals still get their time in the spotlight, for better or worse. Directed by Amber Sealey, No Man of God successfully immerses us into the mind of Ted Bundy without needing to depict his killings. Focused on dialogue and performances, this is an exceptionally engaging dissection of a serial killer.

FBI Agent Bill Hagmaier develops a complicated relationship with Ted Bundy as he interviews him in the years leading to his execution. The duo is played by Elijah Wood and Luke Kirby.

No Man of God is less of a biographical feature and more of a window into the mind of a person capable of heinous acts. Choosing conversation over reenactments, the movie successfully portrays the personality and character of the infamous killer. We don’t witness the gory details but we are still offered Bundy’s perspective. However, as the man was clearly very egotistical, we can never really tell when he is telling a lie.

The dialogue itself is very well-written and always entertaining, allowing the narrative to be comfortably simple. The story is perhaps a little generic but this isn’t a large issue as the picture doesn’t require an elaborate script. Beyond the spoken words themselves, the film’s biggest strength is certainly the performances of the two principal actors.

Elijah Wood is quite impressive in his role. The movie cleverly positions him as the lead in order for the audience to have someone to relate to. Initially starting as a tool for the discussions with Bundy, he thankfully becomes more developed than you would expect. With all this in mind, the narrative does try to utilise him to convey a religious throughline that feels unfortunately thin when compared to the script as a whole. Although, this element is quickly forgotten once the film shifts its gaze to the show-stealing acting from Luke Kirby.

Charismatic while still maintaining a threatening aura below the surface, Kirby perfectly encapsulates Bundy as we knew him. In many scenes, he is uncannily similar in appearance to the killer he is portraying. There is no doubt that viewers will be shocked as to how precise the actor’s performance is.

Whether or not No Man of God is entirely accurate doesn’t really matter as the movie is still incredibly entertaining. Truthfully, those expecting a violent affair may be disappointed. However, if a more personality focused story is what you are after, there is a good chance that you will be left satisfied.