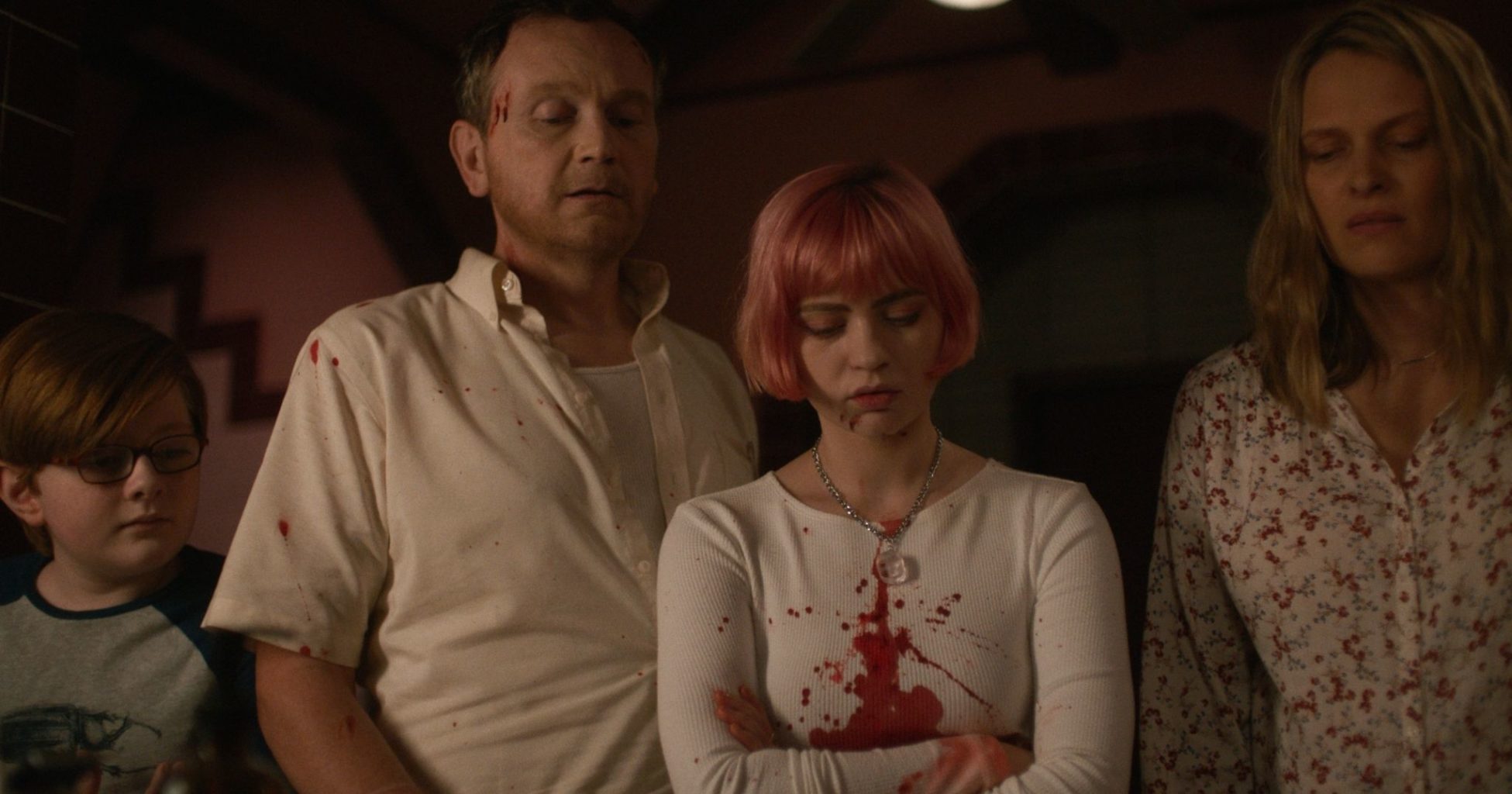 A film set in a single location can often allow for fantastic character development. However, it is up to the creators to utilise the setting and its strengths, as a limited environment will disappoint many viewers if it doesn’t have an impressive story. Directed by Sean King O’Grady, We Need to Do Something attempts to convey a frightening scenario but gives us very little reason to be continuously scared. Poorly paced and driven by unlikable characters, a few effective moments aren’t enough to save this dull attempt at horror.

A young woman and her family become trapped in their bathroom as a massive tornado wreaks destruction outside. The previously-mentioned protagonist is portrayed by Sierra McCormick. The supporting cast includes Vinessa Shaw, Pat Healy, John James Cronin and Lisette Alexis.

With such a simple premise, We Need to Do Something could have easily focused on the subtle growth of dread. Sadly, the film chooses to instead be stagnant for most of its first act. Within the first 30-minutes, very little happens at all. Better characters could have carried this portion but the dysfunctional family that we follow is quite cliché and not very likeable (except for the lead). The performances are satisfactory for the most part but they don’t offer much substance for the audience to latch onto. Once the situation starts to change, the movie does improve in some scenes but these moments of quality are still few and far between.

The score by William Hawkins Finn is powerful and haunting, elevating the scenes that attempt to build tension. The pacing overall is disjointed but some key sequences work surprisingly well. One specific moment will chill viewers to the bone and won’t be forgotten any time soon. As a horror release, there is very little sustained fear but the flashes of gore do provide a little shock value at the very least. In truth, these positives are largely infrequent and truly don’t help to improve what is a lacklustre script.

As touched on, the concept for the movie is simple yet the story still chooses to become needlessly complex. When you combine this fact with some extremely bizarre characters choices and an incredibly unsatisfying ending, you are left with a movie that most people will not recommend.

We Need to Do Something is a film that quickly loses sight of its potential, resulting in a half-baked attempt at horror. There are some sections that act as diamonds in the darkness but they are so rare that they barely alter the quality of the final product. Even though the runtime is only 96-minutes in length, most viewers are better off looking elsewhere for an enjoyable cinematic experience.