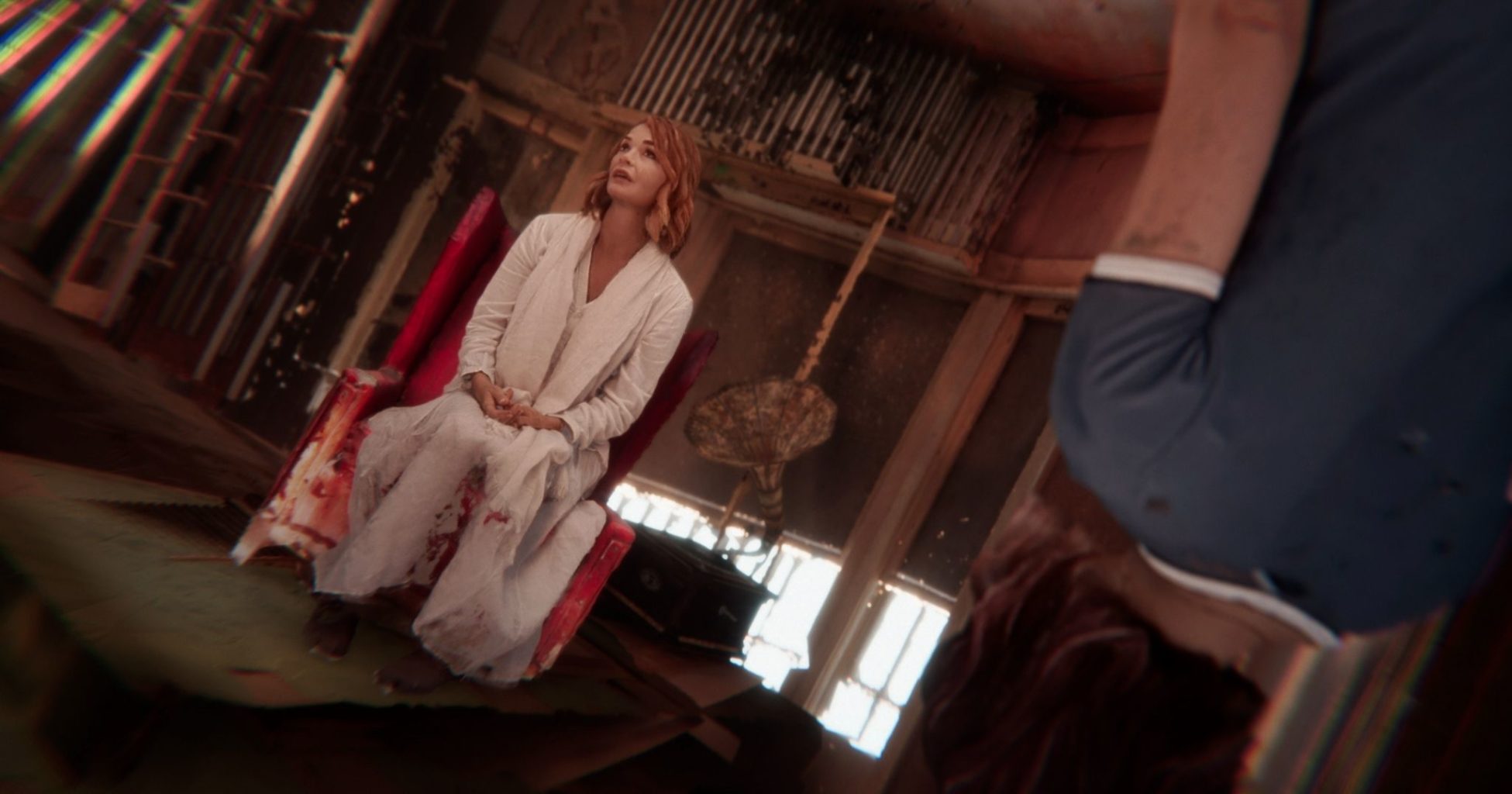 Combining science fiction with paranormal elements has been attempted many times by horror directors. Although the results aren’t always successful, these films are, at the very least, often quite fascinating. Written and directed by Neill Blomkamp, Demonic proposes some captivating ideas but fails to utilise them in an effective way. While there are a few sequences that are well-constructed, this is a movie that is disappointingly hollow despite its potential.

Agreeing to participate in a virtual reality experiment, a young woman is forced to face a terrifying supernatural entity. The cast is lead by Carly Pope and is supported by Chris William Martin, Michael Rogers and Nathalie Boltt.

Beginning like an episode of Black Mirror, Demonic introduces itself with a core concept that seems perfect for the modern age. Characters entering a digital world obviously is not original but this film’s horror-focused approach is unique enough to spark intrigue in the first act. It is these simulation sections where the picture is at its strongest too. Eery yet familiar, these scenes feel inventive even if they are sometimes a little silly. Unfortunately, this technology is barely explored as the feature seems determined to give most of its attention to a group of unbelievable individuals.

It’s extremely difficult to care about this movie’s characters as they are hardly given any development at all. Delivered via stilted performances and unnatural dialogue, they are at the heart of the story but they never feel real in any way. The narrative eventually tries to convey emotional moments but they fall flat due to the lack of the necessary groundwork beforehand. If the film was at least scary, these problems wouldn’t be as glaring. However, except for one scene that is rather chilling, there is very little tension to be found within the 104-minute runtime.

The most compelling component of this feature is its attempt to fuse sci-fi with the paranormal. Initially, it seems to work well but there reaches a point where the movie dives fully into the realm of the supernatural. This choice introduces some plot twists that clearly want to be “cool” but instead come across as laughably absurd. When the final act arrives, it is clear that this film has always been destined to become exceedingly generic.

On the surface, Demonic definitely has some positive attributes. Sadly, underneath it all, there isn’t much to enjoy. Starting his career with the absolutely amazing District 9, Neill Blomkamp is a director that has been on a downward trajectory since his debut. One can hope that his next feature re-ignites his filmography and once again proves his talent.