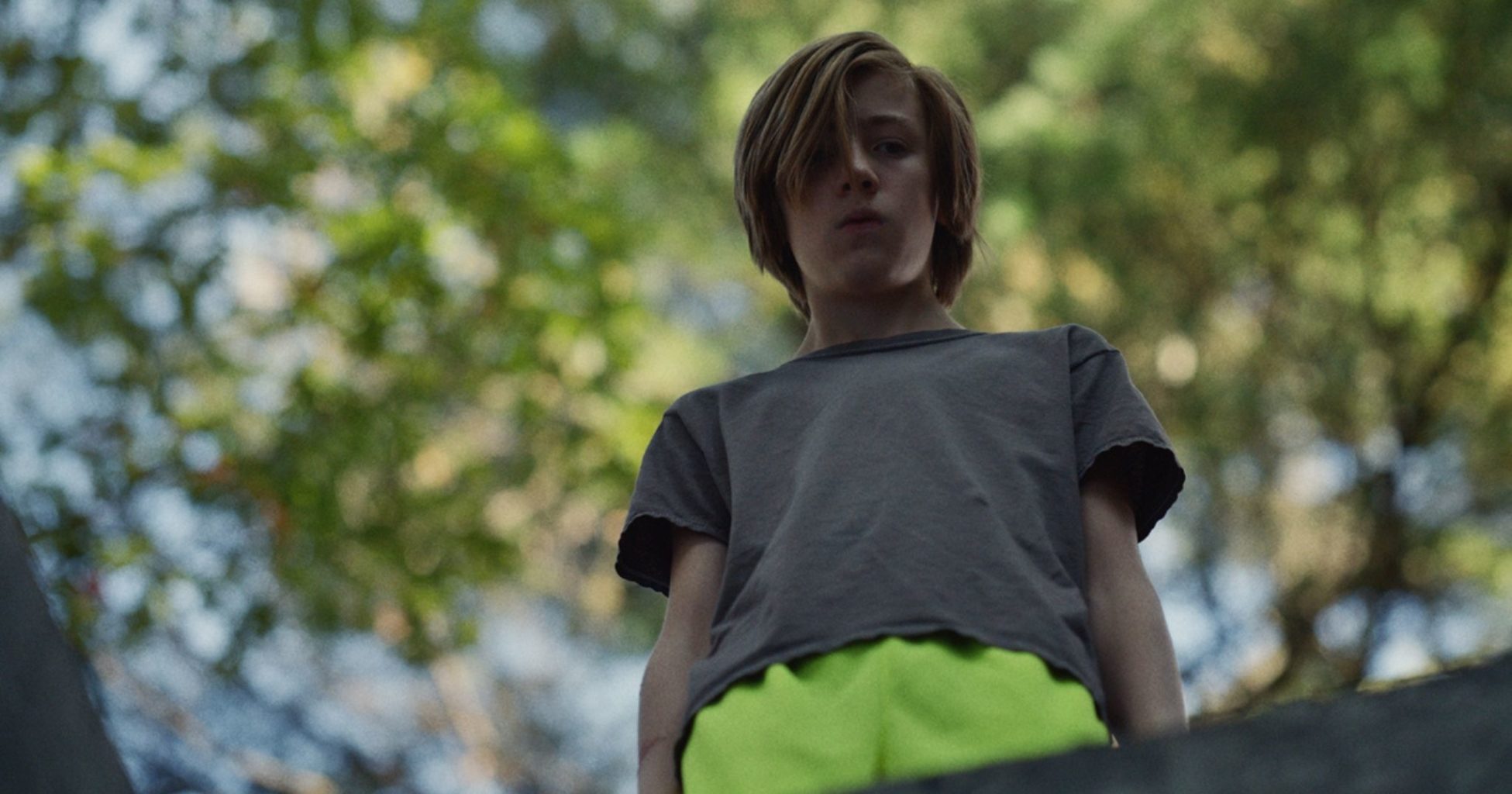 When a film is deliberately slow in its pace, there is always a risk that the audience’s attention will be lost. If structured efficiently, a measured approach can be used to study interesting characters while still pushing the plot in an engaging direction. However, when done poorly, the results can often be exceptionally laborious. Directed by Pascual Sisto, John and the Hole offers an intriguing set-up but fails to offer any substance beyond its surface-level ideas. Mostly an exercise in monotony, this is one of the most frustrating cinematic releases in recent memory.

After beginning to exhibit sociopathic tendencies, a 13-year-old boy traps his family in a hole near their house. The titular individual is played by Charlie Shotwell. He is joined by Jennifer Ehle, Michael C. Hall and Taissa Farmiga.

John and the Hole is a movie that has the packaging of a thought-provoking independent release. The issue is that once we open the box, it quickly becomes clear that it is mostly empty. The set-up itself is certainly intriguing but the script chooses to focus on John rather than exploring his family’s fight for survival. The problem with this is that the lead character lacks the depth to deserve our attention.

For a feature that spends most of its 98-minute runtime concentrating on its sociopathic protagonist, there is practically zero dissection of his psychology. Furthermore, the actions he makes are ridiculously cliché and present more of a caricature than a real person with internal issues. Sadly, the performance by Charlie Shotwell doesn’t help matters as he is completely wooden and utterly unconvincing.

The failures of the film’s lead are aggravated by the fact that the supporting cast is quite good. Jennifer Ehle, Michael C. Hall and Taissa Farmiga are effective in their roles but the movie gives them very little screentime. Their talents are completely wasted as they are nothing more than a plot device. Even so, you would think that their situation would be resolved in a way that is at least somewhat satisfying. However, it is best that you don’t expect this as you will just be disappointed if you do.

The ending offers no resolution to the plot or John’s character at all. In fact, the last scene isn’t even related to the core narrative. Peppered throughout the movie, there are a few sequences displaying a story disconnected from the events involving the hole. It is unclear whether this was intended to be a framing device of some sort but its inclusion is truly bizarre. Perhaps this addition was meant to be metaphorical in some way but as it stands it is just pretentious and unnecessary.

Beyond its intriguing set-up, John and the Hole lacks the substance required to create an engrossing experience. The unfortunate truth is that most viewers will feel bored and disinterested. For all these reasons and more, this is not a film that can be recommended.