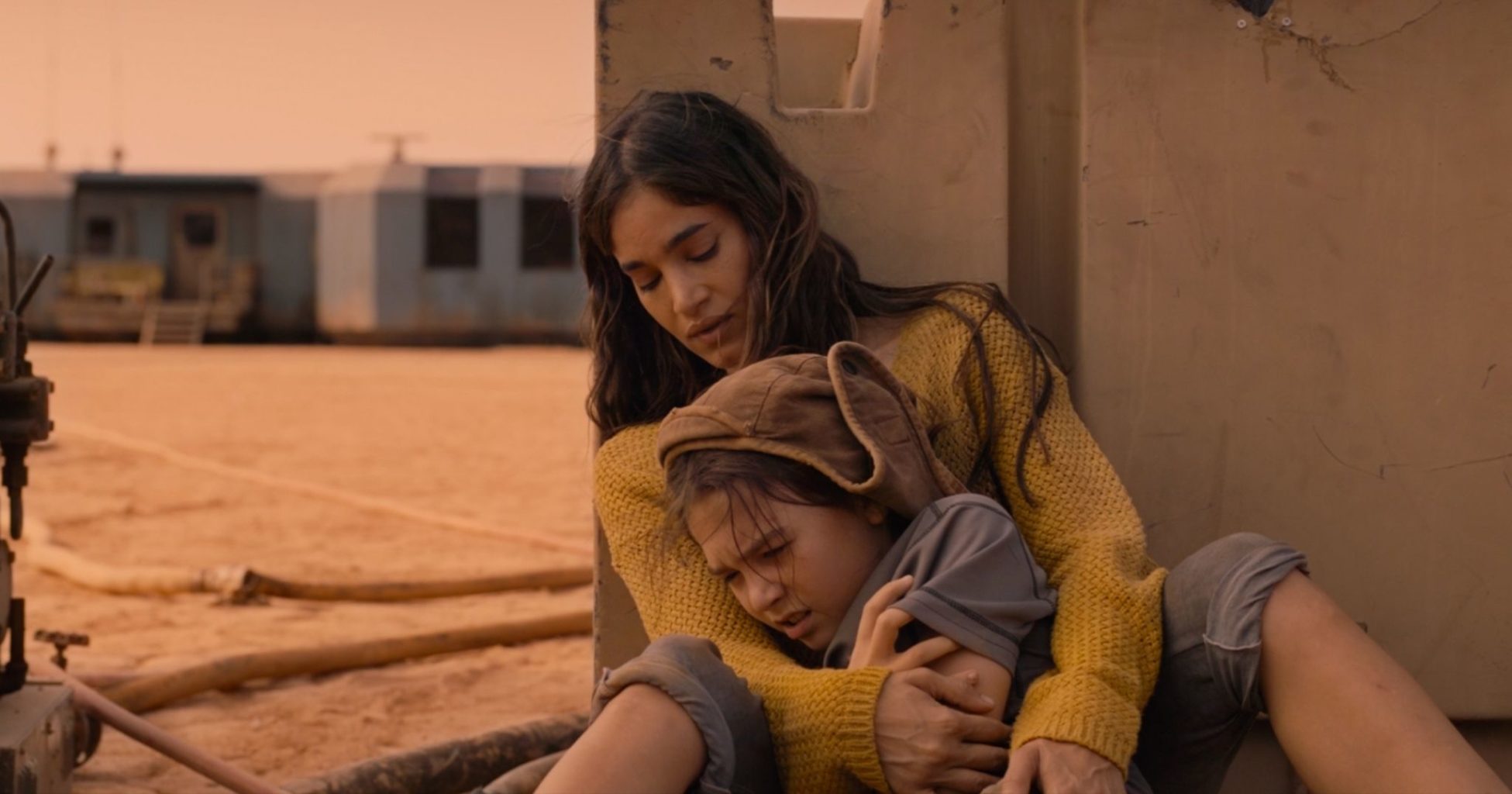 The cinematic genre of science fiction has been transformed and adapted many times over the years. While some filmmakers choose to explore stories on an epic scale, others use sci-fi to convey grounded narratives that are more character-focused. Written and directed by Wyatt Rockefeller, Settlers disregards spectacle in favour of quiet interactions that are incredibly thought-provoking. Confidently trusting the audience’s intelligence, this fantastic feature portrays a pensive analysis of mankind’s fight for survival.

A family of settlers must survive the barren landscape of Mars as they begin to discover that their location is the least of their worries. The cast includes Sofia Boutella, Ismael Cruz Córdova, Brooklynn Prince and Jonny Lee Miller.

Settlers is a science fiction movie that utilises the genre to convey a story that is deeply human. The universe that surrounds the principal characters is touched on briefly but is never the focus as the circumstances of this specific settlement is all that matters. Although the power of a familial bond is certainly a theme that plays into the picture, the film also examines the strengths that come with being an individual. However, it is likely that many viewers will obtain their own meaning as many of these points are up to interpretation.

The film is extremely organic when it comes to its storytelling. Exposition is minimal and there is never an over-explanation of what is happening. This may frustrate those that are used to a more mainstream approach but that is not who this release is catered towards anyway. By choosing this avenue, Wyatt Rockefeller has created a platform for the actors to shine. Thankfully, for the most part, they do.

The adult performers are all superb and play their parts exceedingly well. As Ilsa, Sofia Boutella is allowed to affectively display the emotional rage of a woman that feels trapped. Exhibiting an individual that is often hard to read, Ismael Cruz Córdova is frequently haunting as he dives into a man painted in negative masculinity. With this in mind, Brooklynn Prince is unfortunately quite poor as the young Remmy. Her tendency to overreact clashes with the subtle tone of the surrounding film. She is not overly distracting but she does detract a little from certain pivotal scenes.

On the production side of things, there are many noteworthy elements that deserve to be praised. Starting with the set design, the camp that the story takes place in is simple yet effective. The acoustic-led score by Nitin Sawhney is rather unique for the genre but helps to establish the grounded situation. The cinematography by Willie Nel isn’t flashy but its restraint is perhaps exactly what the movie required. The feature also engages in limited use of CGI. The effects are absolutely amazing for what is surely a project with a smaller budget.

Settlers is a science fiction film that prioritises its characters over the world that they inhabit. By allowing the story to naturally progress, it lets the audience engage with it on a deeper level. While some viewers may find the movie to be frustrating in its simplicity, others will appreciate that their intelligence is trusted entirely.