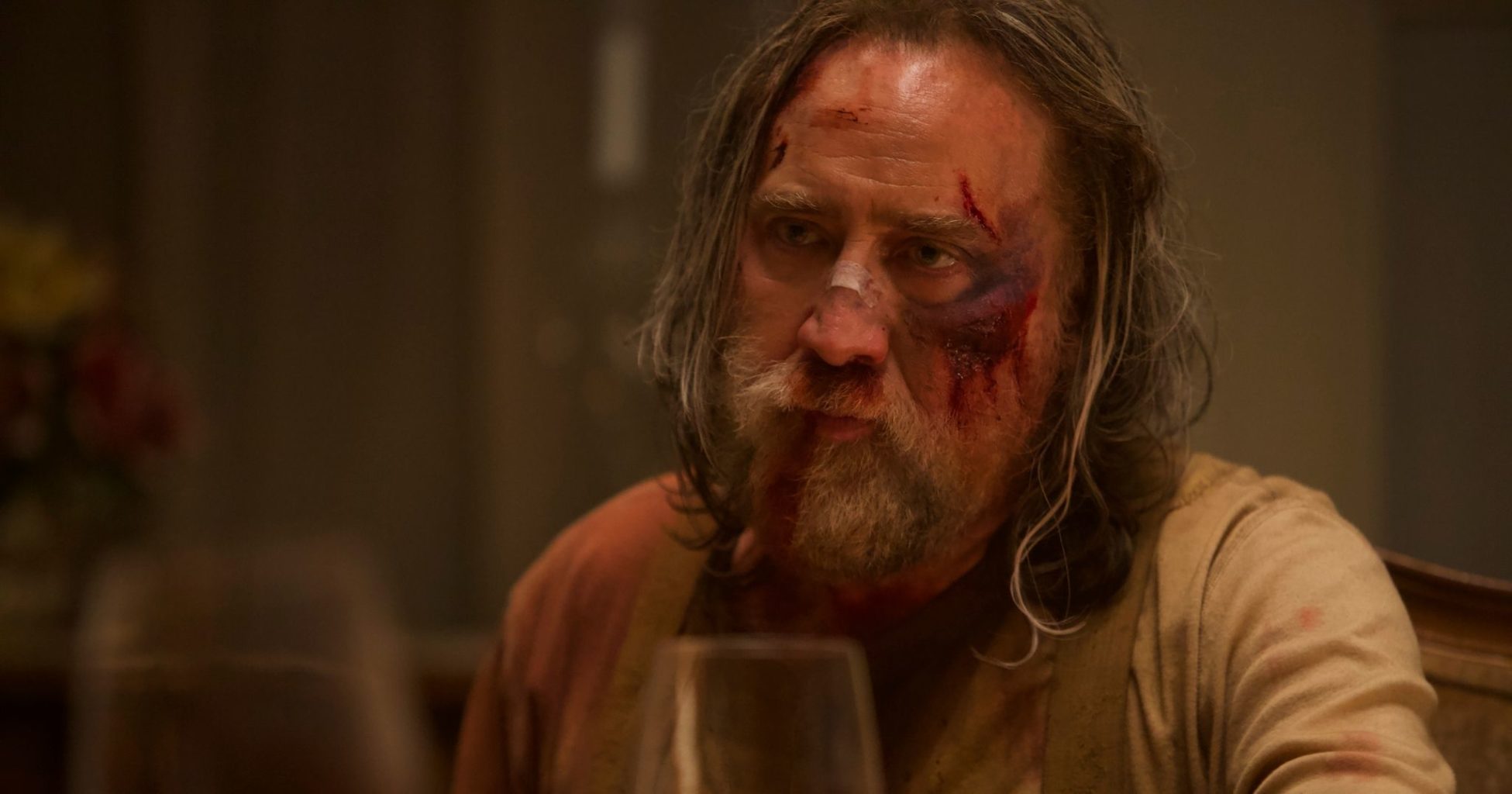 One of the most incredible abilities of cinema is when a film is so emotionally powerful that it forces its viewers to question aspects of their own lives. It doesn’t happen often, but every now and then we are treated to a movie that is not only extraordinarily well-made but also affective on a deeper level. Written and directed by Michael Sarnoski, Pig is a truly special release that explores a variety of important societal themes. Led by a superb Nicolas Cage performance, this film is beautifully poignant and undeniably excellent.

Living alone in the wilderness, a truffle hunter ventures into the city to find the individual that stole his pig. As previously mentioned, Nicolas Cage is our protagonist. He is joined by Alex Wolff and Adam Arkin.

Despite what the synopsis may suggest, Pig is not a story of revenge. Instead, it is a tale of a man’s pursuit of lost happiness. Told via 3 chapters, Michael Sarnoski has constructed a deliberately paced character study that analyses the relationship between expectations and honesty. Exceedingly relatable, the movie compels us to reflect on our own lives. It asks us if we have found our true purpose or if we are existing in a false reality based on someone else’s dream. It handles all these ideas with a delicate touch that is both natural and impactful. Truthfully, all this would not be possible without the phenomenal performance from Nicolas Cage.

Supported by the great Alex Wolff, Cage is simply sublime. Sombre and subtle, his acting is the backbone that supports all the picture’s qualities. Thankfully, this is not the crazy Cage that some people may expect. This is a seasoned veteran utilising all his abilities to convey genuine emotions in every scene. Although unlikely, this is a role deserving of attention during awards season.

While the script and leading performance are the principal positives of the feature, there are many other production victories that should be praised. Michael Sarnoski has brought together a talented team to paint a picture of cinematic glory. The cinematography by Patrick Scola is precise and calculated in the best way possible, as is the music by Alexis Grapsas and Philip Klein. Their score is only noticeable when it needs to be, exclusively appearing when it can contribute to the events playing out on screen. As for the directing itself, Sarnoski has already established a successful style of efficient filmmaking. It is not often that we see this in someone’s debut.

Pig is the type of film that we don’t get often. Propelled by its spectacular script and amazing acting, this is a movie that will be in the minds of its viewers long after the credits roll. Excelling in its emotional resonance, there is no doubt that this is an example of masterful cinema.