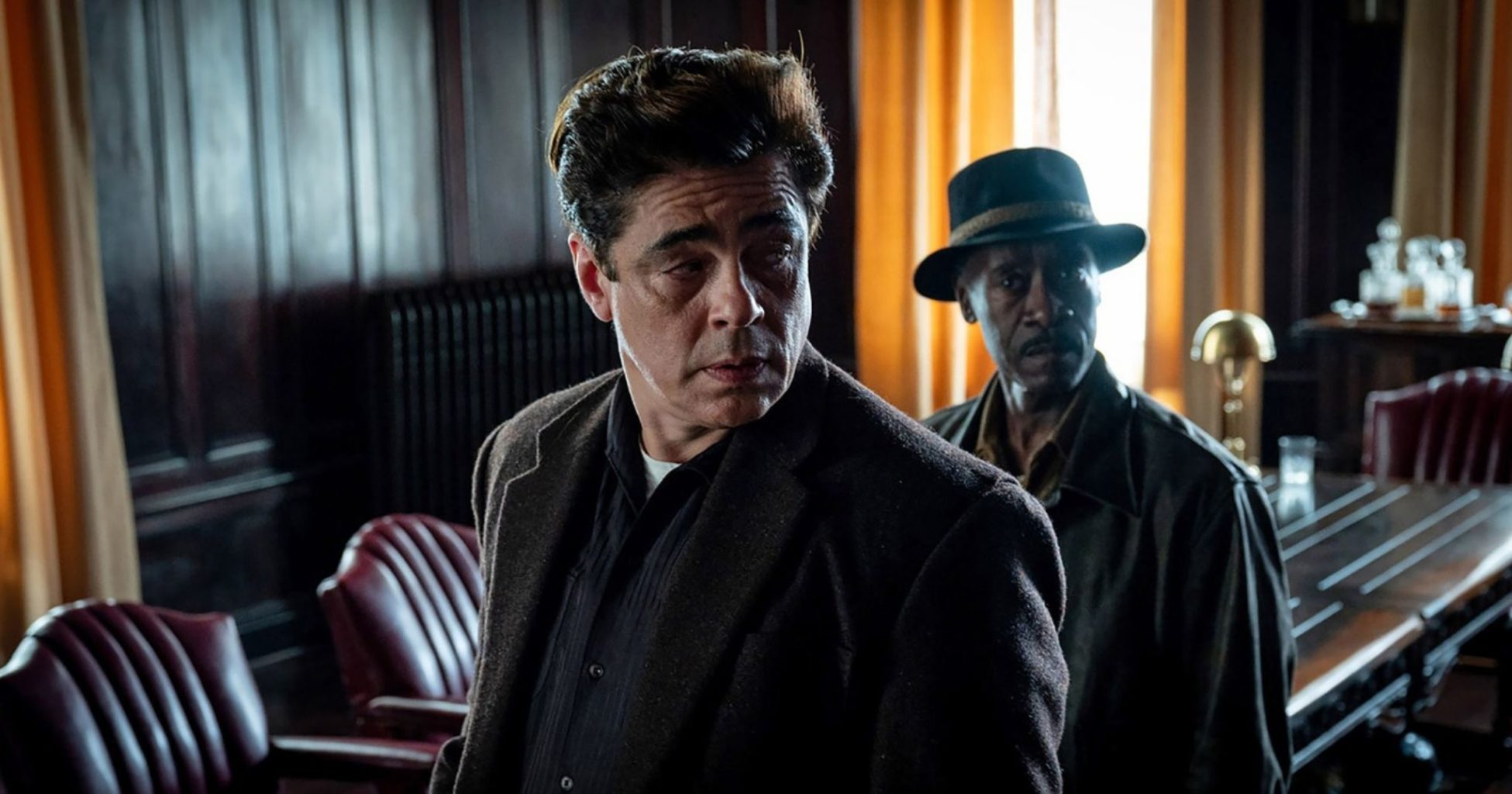 Transporting audiences to a bygone era has long been a technique used by filmmakers to tell stories within interesting settings. When the narrative requires it, a movie that takes us back in time can often be incredibly immersive, adding an extra layer to the viewing experience. Directed, photographed and edited by Steven Soderbergh, No Sudden Move positions us in 1950s Detroit and tells an interesting story that sometimes gets a little lost in its needless complexity. While it is not a landmark release by any means, its many qualities allow it to be a solid crime thriller.

When a heist doesn’t go as expected, a group of small-time criminals pursue those who hired them in an attempt to discover their intentions. The star-studded ensemble is led by Don Cheadle and Benicio Del Toro. They are supported by Kieran Culkin, David Harbour, Amy Seimetz, Noah Jupe, Ray Liotta, Jon Hamm, Julia Fox and Brendon Fraser.

No Sudden Move is a film that enables many talented individuals to do what they do best. The entire cast is great in every scene and it is truly a joy to see all of them interact. Cheadle and Del Toro, our leading duo, bounce off each other incredibly well and utilise their strengths impeccably. In a smaller role, Fraser reminds us of his talent as he is quite impressive with the time that he is given. Of course, these actors are supported by Soderbergh’s efficient directing. His cinematography leaves much to be desired (largely due to the implementation of a distracting lens effect) but he is still a director that can convey highly captivating sequences. With this in mind, the script itself isn’t as strong, or streamlined, as one would have hoped.

The story that the film tells sometimes falls into the trap of being frustratingly complicated. There are numerous threads unravelling at any given time, many of which are rather difficult to comprehend. This flaw is compounded by the fact that some characters are referred to by the first names initially and then their surnames later on. Truthfully, this issue could have been easily avoided during the scriptwriting phase. As mentioned, the movie is still very enjoyable but these narrative negatives are worth mentioning all the same.

No Sudden Move is not the best release of the year but it is a very good one nonetheless. Guided by Steven Soderbergh’s effective directing and supported by a cast of highly talented actors, the film’s positives certainly outweigh its negatives.