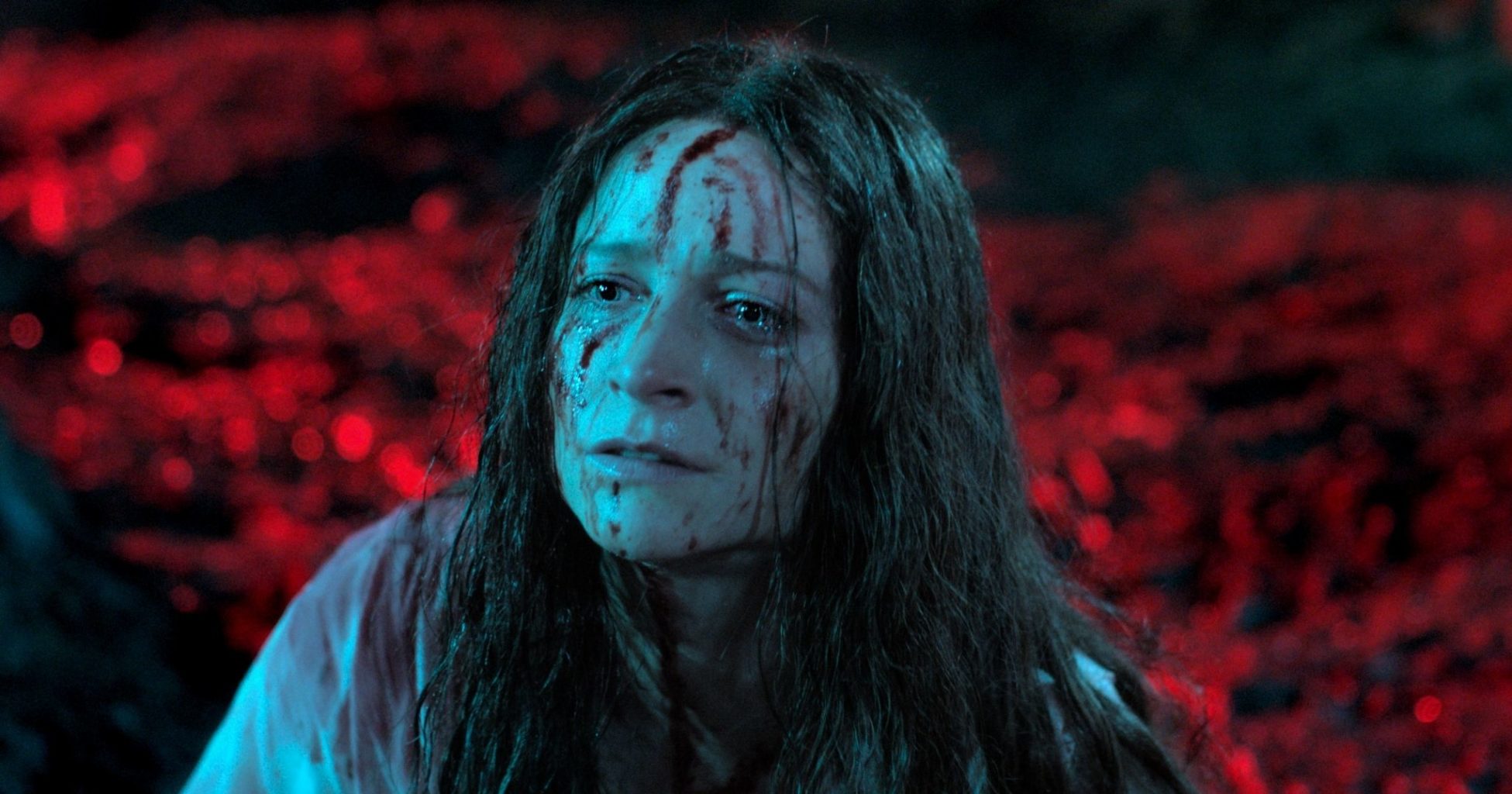 The history of film has allowed for many features that have used an appreciation of cinema to inform their direction. In some of the best cases, pictures like these have been glorious celebrations of specific genres, propelled by interesting storylines. Co-written and directed by Prano Bailey-Bond, Censor is a meticulously well-made movie that conveys a captivating narrative. Honouring the 80s era of low-budget horror, this release slowly builds to a finale that is utterly excellent.

Enid, a film censor, attempts to solve the mystery of her long lost sister after she reviews an eerily familiar video nasty. The principal character is played by Niamh Algar. She is joined by Michael Smiley, Nicholas Burns and Sophia La Porta.

While it does act as a tribute to a specific era, Censor has far more substance than the neon nostalgia that it utilises. Yes, it is beautiful to look at (thanks to the gorgeous cinematography by Annika Summerson) but it is the details beneath the surface that make it so enjoyable to watch. For one, it asks the audience to ponder some interesting questions such as whether there is a relationship between violence and media. It doesn’t have a clear answer but requests your consideration while shifting between dimensions of grounded truth and ethereal fantasy.

As each second of the 84-minute runtime passes, the line between reality and fiction becomes more and more opaque. Certain reveals do establish the “real world” but it is the touch of ambiguity that allows for the story’s experiential elements to flourish. Thankfully, it balances this well as the constantly unravelling plot is still believable enough for us to get invested.

Despite being rather short in length, the movie does have a few moments that feel like unnecessary pauses. The pacing is very deliberate but there are one or two scenes that drag along too leisurely. Even so, Niamh Algar is always incredible, no matter the sequence. Her superb performance is subtle and mesmerising. In fact, she is the driving force behind many of the film’s best qualities. With Algar in the driver’s seat, the destination we eventually reach is nothing short of spectacular.

Once the final act arrives, Prano Bailey-Bond has laid all the groundwork required to bring the story to a satisfying close. Other directors may have stumbled at the last hurdle but she leaps over it with ease and gives us a note-perfect ending. The conclusion is unexpected but also perfect once you realise what is happening. Even then, another twist arrives soon after, further transforming an ever-changing finale that plays with cinematic conventions in a uniquely stunning way. It is highly impressive that this is Bailey-Bond’s first feature as the work seen here is reminiscent of an artist with years of experience.

Censor is a celebration of low-budget horror while also being a great film in its own right. Its inventive perspective allows it to be unlike anything most viewers have ever seen. As a whole, it is filled with positive attributes, but it should be watched if only for its absolutely unforgettable ending.