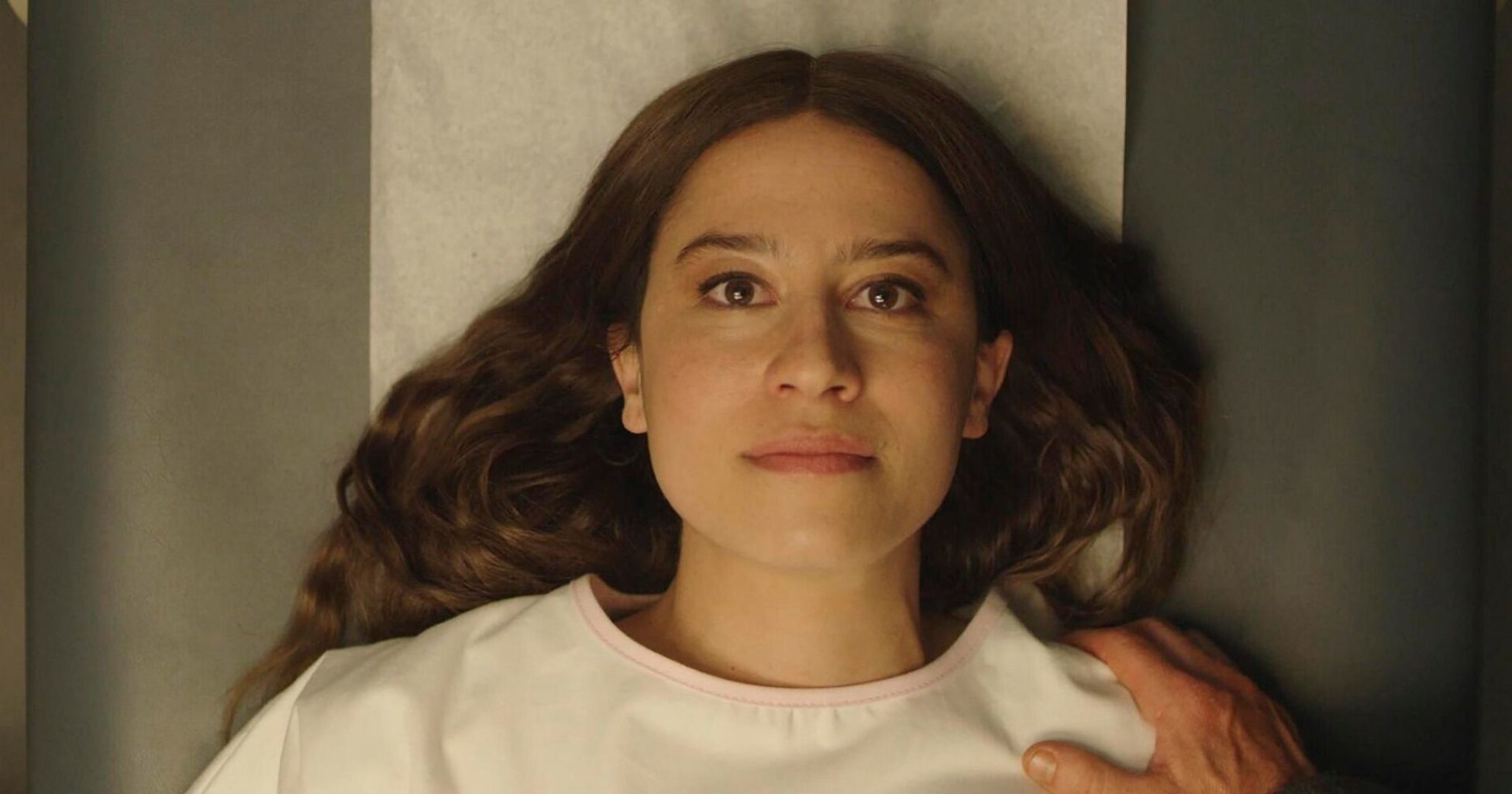 A successful finale can often make or break a movie. As the apex of the story, it is always important that the ending is effective enough to leave viewers satisfied. Co-written and directed by John Lee, False Positive establishes an incredibly intriguing narrative that, unfortunately, falters at its conclusion. While the plot was not utilised to its full potential, the film is still highly engaging and undoubtedly well-made.

After finally falling pregnant thanks to an illustrious fertility doctor, Lucy begins to question if something sinister is at play. The protagonist is played by the co-writer of the movie, Illana Glazer. She is joined by a cast that includes Justin Theroux, Pierce Brosnan, Gretchen Mol and Sophia Bush.

Right from the opening, it is clear that this is a film that will likely have a reveal of some sort down the line. It is obvious that everything is not what it seems, so its mystery is what drives the story forward. As is the case with many movies like this, the eventual answer is far less interesting than the riddle itself.

As the credits draw near, we are told what has been happening but aren’t given the motivations behind it. It would have been better if we were either given far more detail or if everything was left completely ambiguous. We are left in a weird middle ground that wants the benefits of both approaches and so it receives neither. Furthermore, the scene where details are disclosed is tonally inconsistent with the rest of the film and features actions that feel entirely misplaced. The sad reality of these flaws is that a lot of the build-up is rather riveting.

Playing with themes of paranoia and pregnancy fears, the movie is confidently creepy. While the narrative sometimes feels stretched a bit thin, it is always engaging and features quite a few captivating sequences. When it comes to the acting, Illana Glazer’s performance is both convincing and relatable. The casting of Pierce Brosnan is quite masterful too as his classic charisma is perfectly suited for the dedicated Dr. Hindle. Yes, the destination is disappointing, but the road that leads to it is enjoyable if a little rocky.

With regards to the production values, the film is shot superbly and is wrapped in a clean aesthetic that works well with the clinical components of the script. In the same breathe, the cinematography by Pawel Pogorzelski is constantly gorgeous and frequently symbolic. The director, John Lee, should be proud of these filmmaking achievements as this is where the picture is at its best.

False Positive is a movie with a 3rd act that is far worse than the 2 that come before. This flaw alone will change how some people perceive the overall product. Despite having quite a few favourable elements, the ineffectual conclusion means that many viewers will be left disappointed.