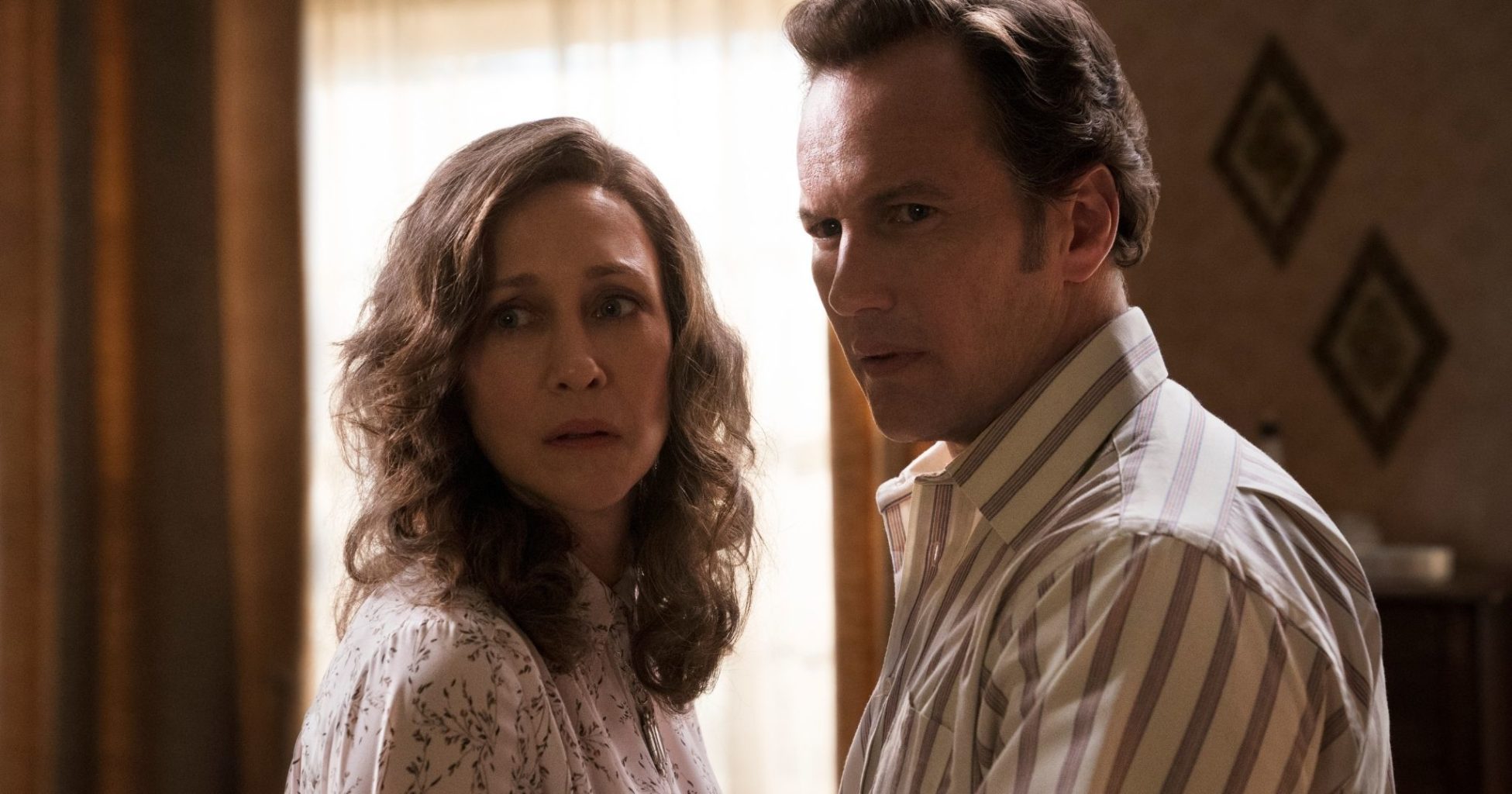 When it comes to a franchise, fans will frequently enter a sequel with certain expectations. Filmmakers are supposed to meet these by balancing proven techniques with some new flavour so that the series doesn’t become boring and stale. While some are able to straddle this line, others go too far in one direction. Directed by Michael Chaves, The Conjuring: The Devil Made Me Do It explores a variety of new ideas but fails to grasp the success of the entries that came before. Despite having an incredible leading duo, the movie mixes too many ingredients in an attempt to replace an already proven formula.

Helping a man that claims to have committed a murder via demonic possession, Ed and Lorraine Warren begin to unravel a case unlike any they have ever encountered. Vera Farmiga and Patrick Wilson once again play the aforementioned couple and are joined by a cast that includes Ruairi O’Connor, Sarah Catherine Hook and John Noble.

The Conjuring: The Devil Made Me Do It ditches the haunted house set-up and chooses to rather establish a mystery that needs to be solved. The narrative is fairly entertaining but doesn’t venture much beyond its surface-level ideas. At many moments it feels more like a thriller, and a predictable one at that. Because of this, the feature struggles to provide horror, an element that should have been absolutely vital.

This is a release that is quite frankly not that scary. For a franchise that has been lauded for its terror, this fact will be deeply disappointing for many viewers. This flaw is mostly due to the movie’s pace, as it feels like it is constantly rushing every sequence. Scenes aren’t allowed to breathe, so there isn’t enough time to build an effective level of dread. With these issues in mind, there is still one component that works almost flawlessly. This is, of course, the relationship between Ed and Lorraine Warren.

The heart of these movies has always been the interactions between Farmiga and Wilson’s characters. Their unbreakable bond and deep affection for each other is a joy to watch and really adds an extra layer to the narrative. Beyond all the issues with the script, the relationship of the Warrens is certainly not one of them. In a genre that is filled with hollow individuals that most of us don’t care about, it is nice to have a franchise with a pair of protagonists that we want to prosper.

Failing to provide a strong close for the trilogy, The Conjuring: The Devil Made Me Do It will, unfortunately, be a disappointment to many. Ed and Lorraine Warren are still a delight to watch, but they can only do so much to elevate the poorly paced film that surrounds them.