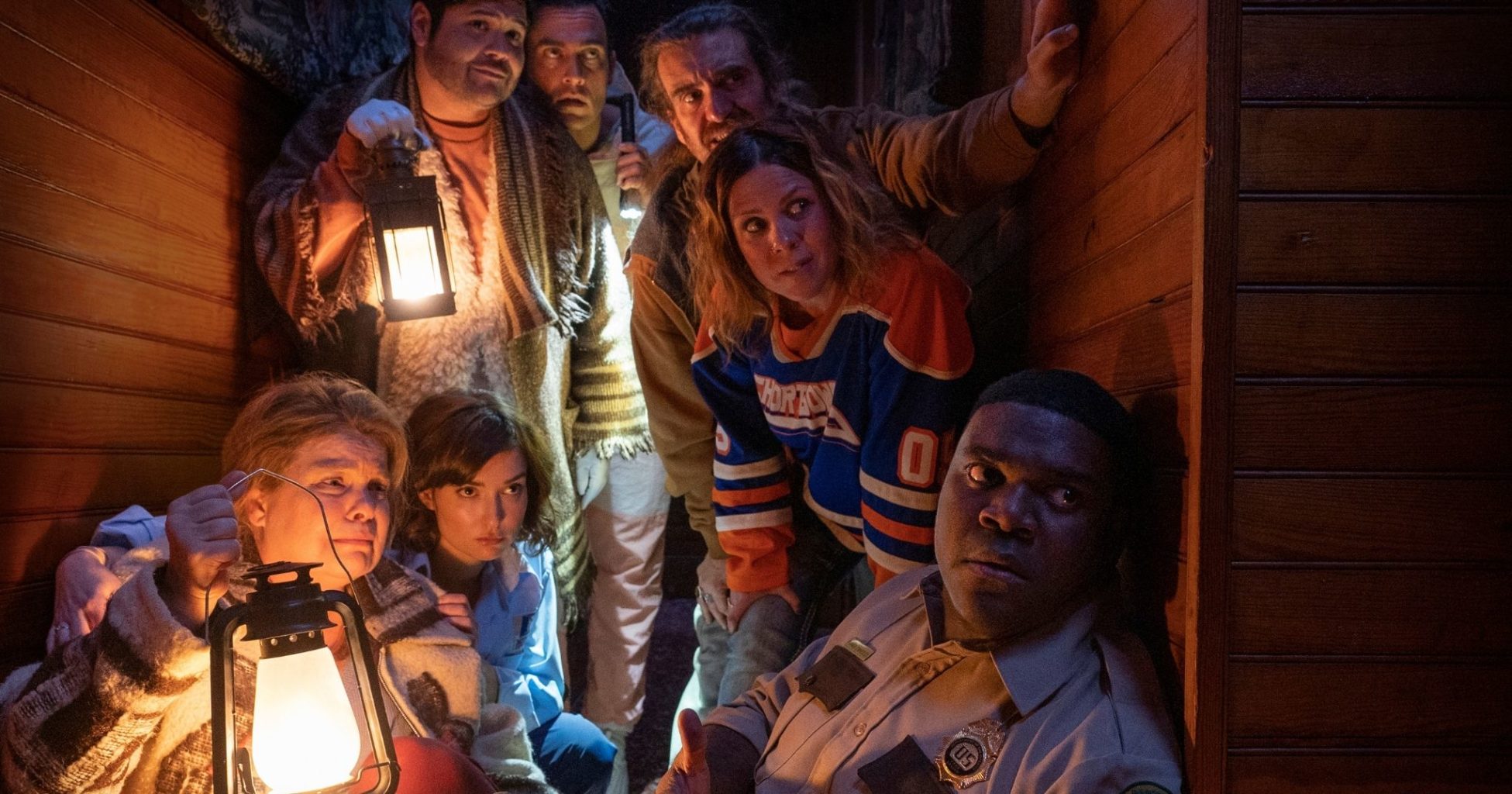 Cinematic adaptations of video games have a history of poor quality. While we can hope that the tide will soon turn, it is hard to expect an improvement when the movies continue to be sub-standard. Directed by Josh Ruben, Werewolves Within is a new horror/comedy based on the VR game of the same name. Filled with annoying characters, the film struggles to combine its silly tone with the mystery that it wants us to be invested in. Despite having a likeable protagonist, this release is too quirky for its own good.

After being trapped inside due to a snowstorm, the newly arrived forest ranger Finn must try to keep everyone calm as a mysterious creature begins to wreak havoc. The film is led by Sam Richardson, who is joined by Milana Vayntrub, George Basil, Sarah Burns, Michael Chernus and many more.

Werewolves Within dilutes the mystery genre down to its simplest form. A group of people are trapped in a building and one of them is a killer (or in this case, a Werewolf). This setup is basic but it could be utilised well if the plot progressed in an interesting way via the means of an entertaining ensemble. Unfortunately, this is a film with a laborious narrative, guided by a plethora of irritating performances.

For the most part, the characters in this story are nothing more than paper-thin caricatures. They spend most of their screen time telling cliché jokes that are often more tiresome than they are funny. The sad fact is that the lead in the picture is actually quite likeable but he is surrounded by so many stereotypes that it becomes hard to enjoy his solid acting. Practically everyone that he interacts with is exceedingly eccentric, making it difficult to care when the killings begin. All this is a symptom of the film’s biggest problem, its tone.

Every second line of dialogue seems to be a joke, so the whole film verges on parody. This stops the horror moments from being scary and limits the effectiveness of any emotional scenes. The plot twists are predictable too, which makes the last half a chore to get through. The unfortunate truth is that the movie is shot well and does have moments that work. As touched on, Richardson’s character is relatable and fun as well, with a payoff that is satisfying. However, these elements alone can’t save the feature from its muddled script.

Werewolves Within is a horror/comedy that forgets to be frightening and tries too hard to be humorous. Continuing the curse of videogame adaptations, this film’s messy story and troublesome characters stop it from being a movie that can be recommended.