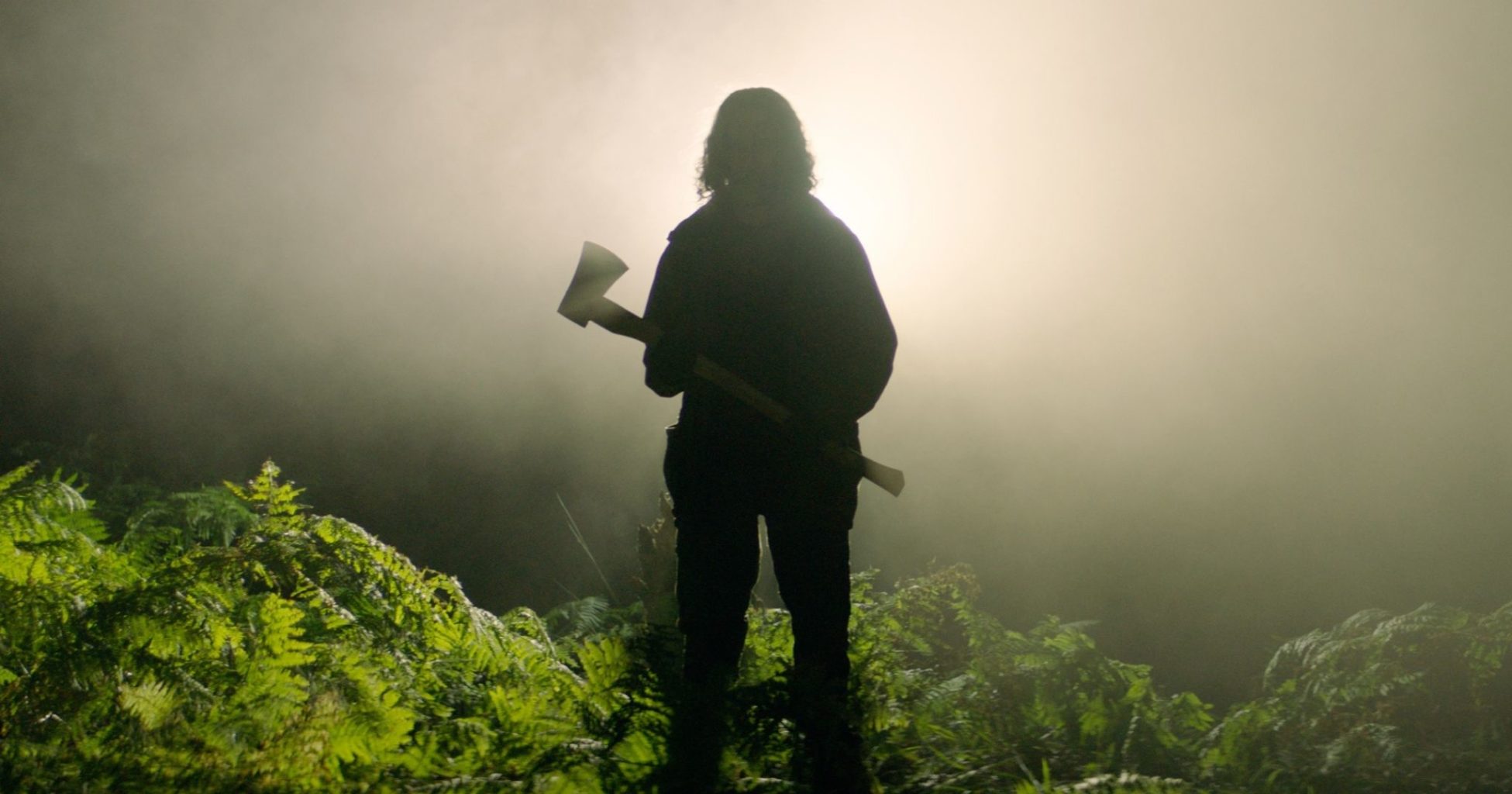 Cinema has long been used as a canvas to paint the current state of society. When the world changes in a significant way, many movies are made to reflect the shifting landscape. Written and directed by Ben Wheatley, In The Earth is an incredibly made fusion of sound and light. Utilising residual COVID-19 fears to deliver a unique vision of horror, the film excels often despite not always being as effective as it wants to be.

In the midst of a worldwide pandemic, a scientist and a park scout face terrifying threats as they venture deep into a peculiar forest. The movie is led by Joel Fry and Ellora Torchia with a supporting cast that includes Reece Shearsmith and Hayley Squires.

In The Earth is first and foremost an expertly made film. Driven by great performances from Fry and Torchia, every frame exists as a testament to the incredible team behind the feature. The gorgeous cinematography and mesmerising score by Nick Gillespie and Clint Mansell further prove the quality of the production. As we descend deeper, these positives continue to impress, especially in a few scenes that offer a kaleidoscopic assault on your senses. In pursuit of these sequences, the story does, unfortunately, feel strained in parts. Thankfully, it always seems to bounce back and offer something new.

There are moments where the movie drags along a little too leisurely. These sections sometimes feel like slight padding between the main thrusts of the narrative. As this has many arthouse sensibilities, the slow approach is to be expected. However, deliberate pacing like this must be accompanied by character or plot development, and that is not always the case here. These blemishes are largely inconsequential once we reach the final act but they are worth mentioning all the same.

The horror created by Wheatley is not one with jump scares and loud sounds. Yes, your senses will be overloaded but it does so to create a unique sense of panic and anxiety. With these methods, the film is experiential, dreamlike and utterly unforgettable. In a completely different direction, the movie also becomes quite tense by injecting a theme of isolation alongside some nasty gore. This chilling portrayal of fear is completely different to the hallucinatory scenes that appear elsewhere but are deeply effective all the same.

In The Earth is an enthralling journey into the unknown. Other than a few unnecessary detours, the path followed is powerfully original. As an undeniably well-crafted piece of cinema, there is a very good chance that this film will stay in your mind for a long time to come.