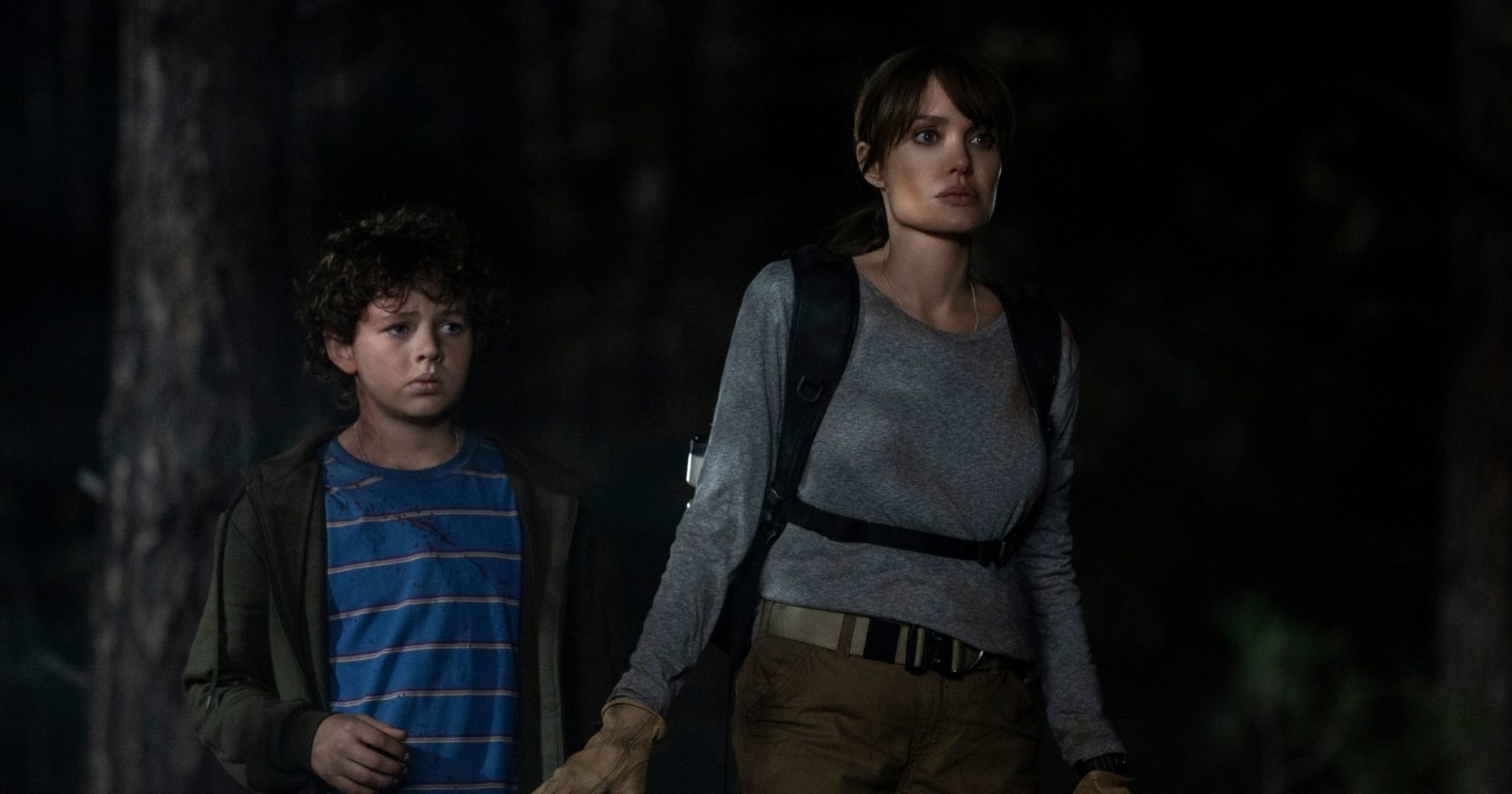 The pacing of a film can often be one of the most important factors that determine its quality. For some, a slow and purposeful approach works excellently. However, for others, the narrative is best told in a brisk and streamlined fashion. Co-written and directed by Taylor Sheridan, Those Who Wish Me Dead is a fine example of efficient storytelling. Fusing a number of threads towards its satisfying conclusion, this is a visceral thriller that is well worth your time.

In pursuit of redemption, a smokejumper helps a young stranger being hunted by a pair of ruthless assassins. Angelina Jolie leads the picture and is supported by Finn Little, Jon Bernthal, Aidan Gillen, Nicholas Hoult, Medina Senghore and Jake Weber.

Those Who Wish Me Dead is a film that wastes no time and uses every second of its 100-minute length. Other than a few moments to set up each character, there are no pauses in this rapid plot. The performances exemplify this, particularly the subtle psychology that Jolie portrays. Gillen is another standout, embodying a cold personality that will stop at nothing to get his job done. Perhaps some development for these individuals could have been beneficial, but the scenes that we are given will be enough to get the point across for most.

One of the biggest positives for the film is how it naturally weaves everyone’s path towards the eventual conclusion. The narrative is not a deeply layered tale but it doesn’t need to be as it is always engaging and frequently thrilling. While there are some lazy plot contrivances to propel the story forward, most of them do not matter once the movie reaches its rewarding climax. However, amidst an interesting plot and effective characters is the feature’s biggest flaw, its bland style.

With such a beautiful location, one would have hoped for more interesting visuals. The cinematography by Ben Richardson is not poor by any means but it is largely by the numbers. The same can be said for the score by Brian Tyler. These factors accompanied by some subpar CGI make for a notable dent in an otherwise quality piece of cinema.

With Those Who Wish Me Dead, Taylor Sheridan continues to prove himself as a great writer/director. His efficient storytelling approach hits every beat the narrative requires, delivering an enthralling journey that many will find to be extremely enjoyable.