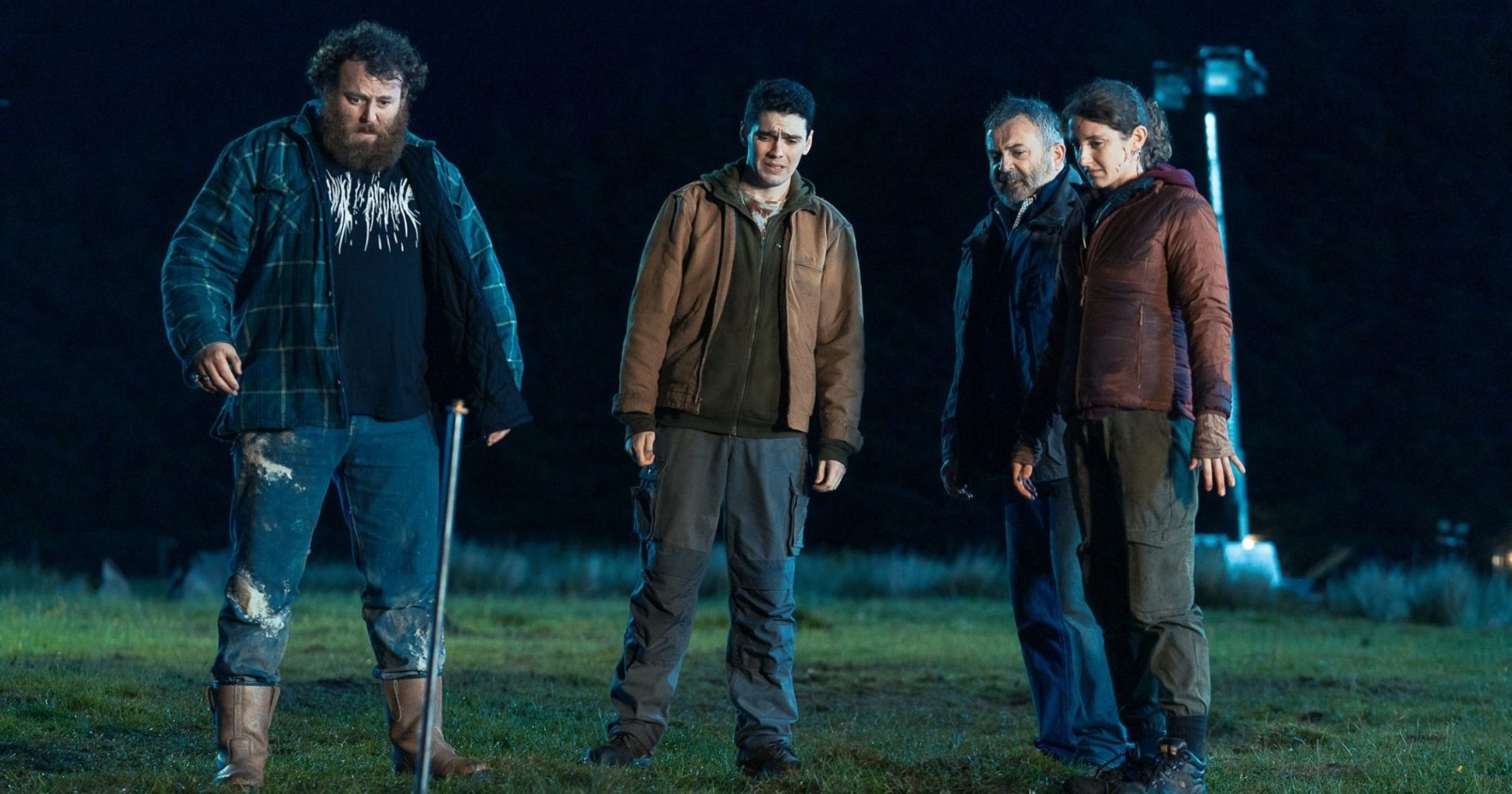 Mixing scares and laughs can often be a recipe for disaster. Without a precise touch, the two contrasting genres don’t always blend well. However, when done right, a film that uses the right amount of both can result in a deeply satisfying experience. Written and directed by Chris Baugh, Boys from County Hell successfully blends horror, comedy and good characters. While the narrative stumbles a few times along the way, the final destination is still one that many will enjoy.

After accidentally awakening an ancient Irish vampire, a group of hardy road workers attempt to survive the night and save their town in the process. The movie is led by Jack Rowan and is supported by Nigel O’Neill, Louisa Harland, Michael Hough, John Lynch and Fra Fee.

Amidst all the violent events that take place, the true core of Boys from County Hell is the father and son duo that propels the piece. Their relationship is believable and interesting, partly because of the great performances by Rowan and O’Neill. You want them to succeed because they appear genuine despite their flaws. With so much going on around them, their interactions are the highlight of a film that has a lot going for it.

Thankfully, the comedy of this picture is not forced at all. It appears at the right moments and is often included to add dimension to the already likeable group of protagonists. The decision to play the story pretty straight was a good one as it allows the outlandish elements to be more impactful despite their ridiculous nature. Although the scenes that attempt horror aren’t too scary, they are at least quite tense, frequently gory and play on the genre’s tropes effectively. Of course, the film is not without its flaws, with the main one being a script that sometimes loses its focus.

The good news is the movie reaches its goals rather well by the time the credits roll. The bad news is that it sometimes becomes needlessly complicated in the process. Viewers will be left a little confused at certain points as the story isn’t always as straightforward as it should be. Thankfully, these convolutions resolve themselves rather quickly with the film quickly getting back on the right track.

With Boys from County Hell, Chris Baugh has crafted a quality piece of UK cinema. Some narrative issues aside, the movie goes beyond cliches in order to deliver a vampire story made up of characters that you will care about. For these facts alone, this 90-minute experience is one worth having.