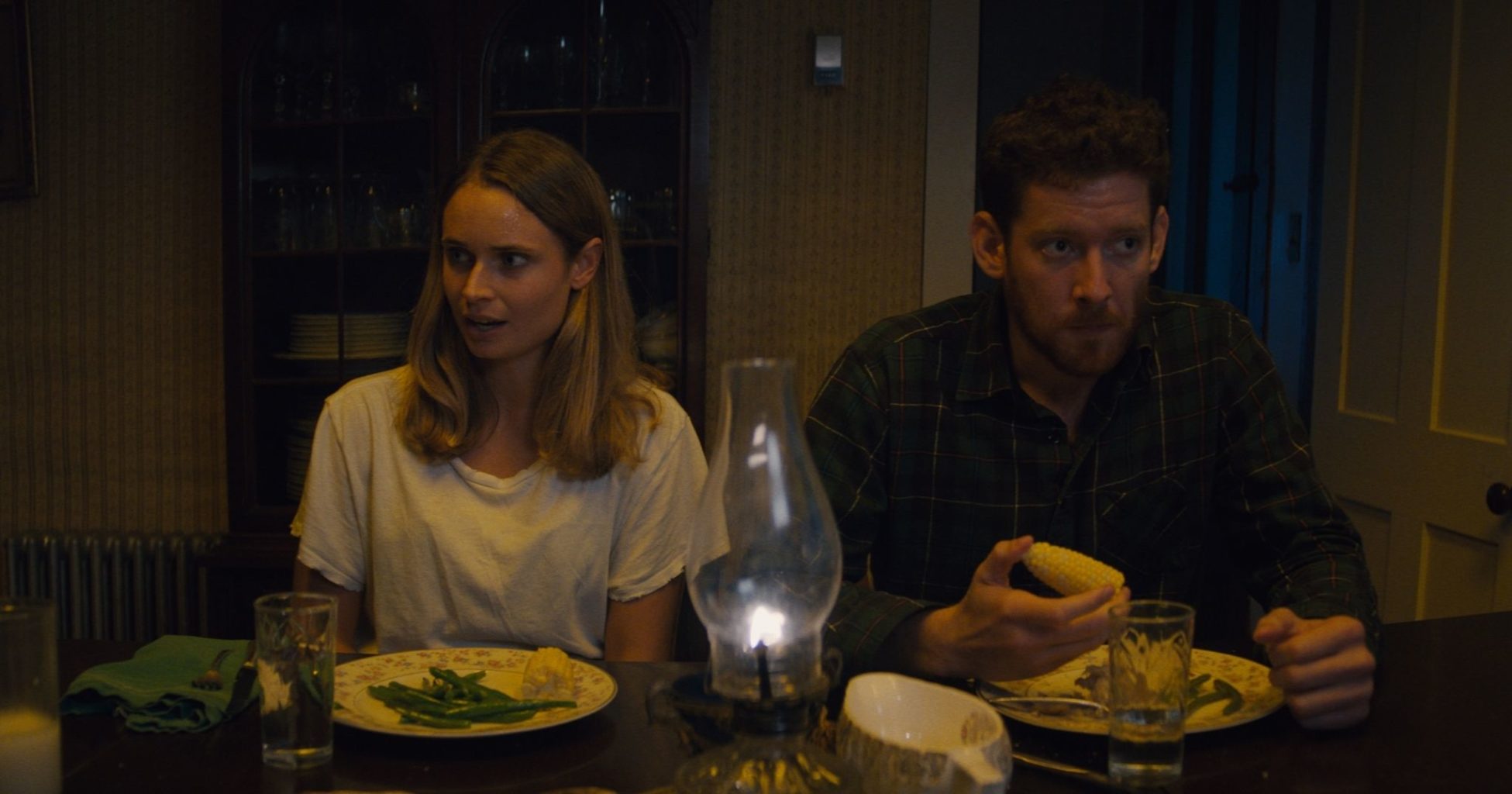 In recent times, the so-called sub-genre of elevated horror has allowed for quite a few brilliant releases. Attempting to go beyond simple scares, these films often instead focus on building dread and telling enthralling stories. When done right, the results are glorious but the reality is that many attempts, unfortunately, miss the mark. Written and directed by Devereux Milburn, Honeydew is a movie that fails to reach the lofty goals it sets up for itself. Despite flashes of good filmmaking, this poor attempt at arthouse horror is as forgettable as they come.

Upon seeking shelter in the house of an old lady, a young couple quickly questions the intention of their strange host. The principal cast consists of Sawyer Spielberg, Malin Barr and Barbara Kingsley.

Honeydew is a feature that provides a lot of intrigue in the opening moments. From the start, the sweeping camera movements and unique score create a rather dreamlike experience. The cinematography by Dan Kennedy and music by John Mehrmann must be commended for these positives but so must the direction by Devereux Milburn. Throughout the picture, there are hints of what could be a fantastic filmmaker. However, as the movie continues to play, it soon reveals itself to be completely unoriginal and frankly quite boring.

The story that unfolds is not only cliché but more importantly uninteresting. What makes it worse is that it is propelled by brainless characters that lack the required development to make you care. The performances are largely decent but aren’t good enough to upgrade what is sadly a sub-par script. With each minute that passes, there is no suspense as to what will happen next as it is all too predictable. Furthermore, the surprises that do arise are created not by efficient storytelling but rather from character choices that are entirely illogical.

Despite the failings of Honeydew, there are a few production elements that hint at more successful ventures in the future. At this moment, this is not a movie worth watching but perhaps it will one day be considered the rocky start of a highly successful filmmaker.