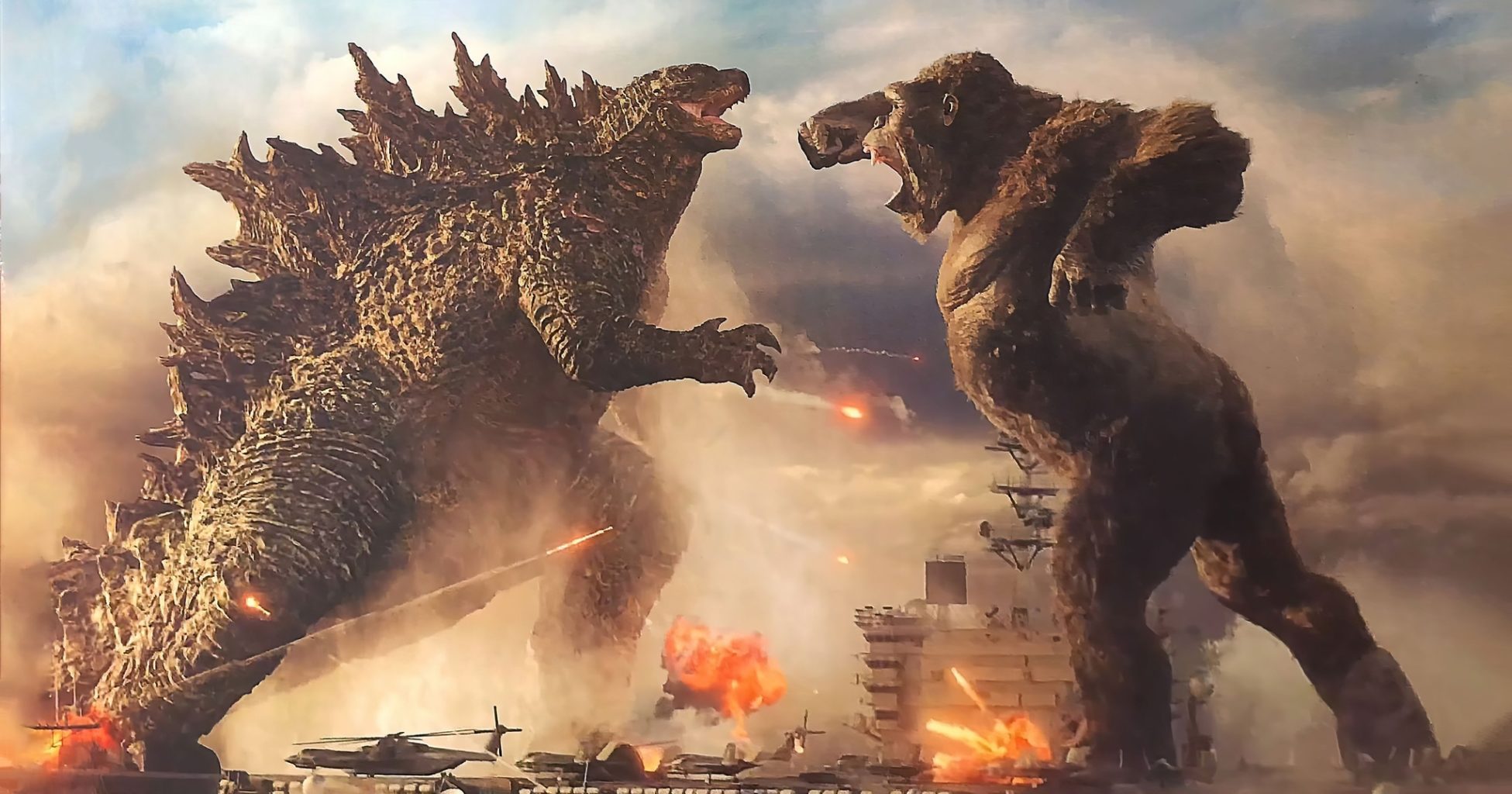 Delivering rampage and destruction, cinematic monsters (or Kaijus) have made a huge mark within the history of motion pictures. For many viewers, the concept of larger than life creatures invading our world is very appealing. Pitting the two biggest stars of the genre against each other, Godzilla vs. Kong is a new release that aims to settle a decades-old debate. Directed by Adam Wingard, the film delivers spectacular action and glorious fight scenes. Unfortunately, beyond the titular combatants, the movie fails to establish an effective plot or interesting human characters.

Every moment that Godzilla or Kong is onscreen is fantastic. They will frequently take your breath away as they are always mesmerising to watch. The team behind the special effects have done a wonderful job as this duo looks as realistic as ever. Once the fight begins, many will be left on the edge of their seat thanks to the superb spectacle that takes place. The movie is loud and aggressive in the best possible way, synced to a captivating synth-laden score by Tom Holkenberg and visualised via the delightful neon-dipped cinematography from Ben Seresin. Furthermore, the film is aware of how silly it is and doesn’t shy away from embracing the over the top nature of the narrative. However, while this confidence in tone is admirable, it doesn’t make the human characters any less boring.

Besides Kaylee Hottle as Jia (a small child with a special connection to Kong), the cast is largely forgettable and hopelessly underwritten. In fact, the plot as a whole is pretty poor. Of course, this doesn’t matter once the titans trade punches but these sequences are separated by gaps that are rather large. While previous MonsterVerse entries didn’t have the strongest human stories either, they at least had charismatic performances that bolstered the periods linking the epic action.

If you are entering Godzilla vs. Kong with the sole desire of seeing behemoth battles on a gargantuan level, then there are certainly many moments that will have you satisfied. While there isn’t much to love beyond the enormous action, there is still a lot to enjoy for those looking for a fun film that doesn’t take itself too seriously.