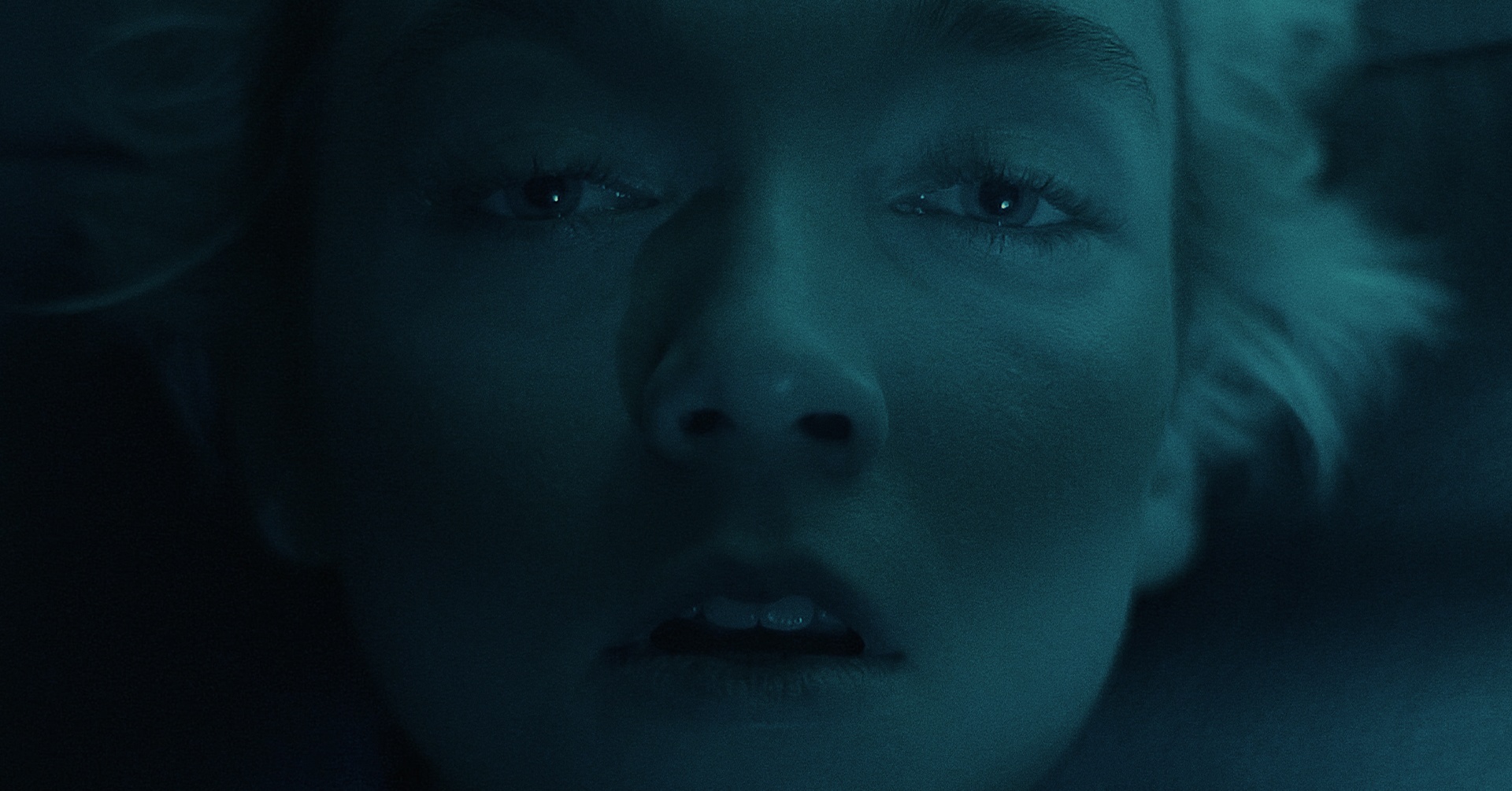 When in pursuit of an experiential feature, filmmakers must also be aware that story and characters should not be sacrificed for visuals or abstract intentions. While some movies find the right balance and achieve success, others fail to reach the potential of their ideas. Written and directed by Anthony Scott Burns, Come True invites us into a synth-scored dreamland. Still deeply enthralling and mesmerising to watch, this is a film that is sadly ruined by its horrendous ending.

In need of money and a place to sleep, Sarah agrees to participate in an experimental sleep study. As she descends further into her mind, her dreams become frighteningly powerful and begin to affect everything around her. Our lead actress is Julia Sarah Stone, supported by Landon Liboiron, Carlee Ryski and Christopher Heatherington.

The majority of Come True is a well-made film, offering a core concept that will have you quite invested. Highlighted by neon and set to a glorious synthwave soundtrack by Electric Youth and Pilotpriest, the narrative is confidently retro in the best way possible. Furthermore, the representation of nightmares is terrifyingly beautiful and will undoubtedly chill you to the bone. As the runtime progresses, so does the expectation for a final act that ties everything neatly together. Alas, once the story comes to a close, it not only fails to provide a successful conclusion but also injects one of the worst cinematic plot-twists in years.

The ending to Come True practically demolishes everything that came before it. The last frame is so unbelievably ridiculous that you will question if the entire film was some elaborate joke. It makes many of the preceding scenes worthless and does it in a fashion that is simply lazy. The entire movie becomes less enjoyable in retrospect due to this choice, one that drops the overall quality by a massive margin.

There is no doubt that Anthony Scott Burns has talent. His solid directing is on display throughout, as is the gorgeous cinematography that he shot himself. However, it is his writing where flaws begin to arise. The main story beats are interesting as a whole but some stilted dialogue and odd character choices are prime examples of where the script is lacking. These issues would be less impactful if he had a good conclusion but, as we have already discussed, this was not the case. It almost feels as though Burns wrote everything up until the middle of the third act and then realised he hadn’t planned the finale.

Come True is a film that is so close to being something special. With so many ingredients that work impeccably well, it is a shame that just one was able to diminish the end-product so greatly. Because of this, it is a difficult movie to recommend. Despite its many positives, a lot of viewers are likely to be left disappointed due to the abysmal final moments.