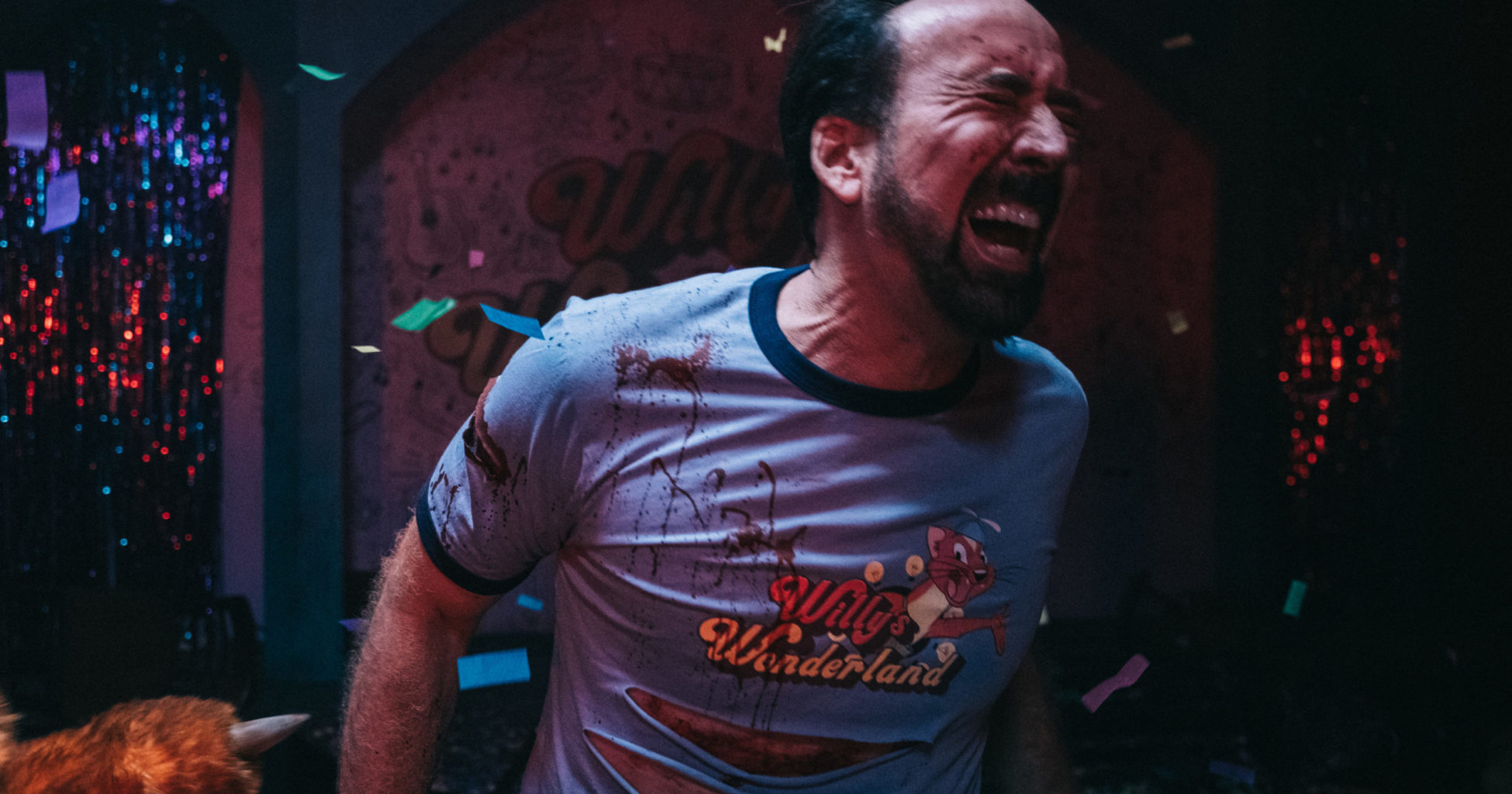 When a ridiculous premise is explored, a delicate touch is required if you want to balance the fun with a well-written narrative. While many stories either go completely bonkers or super serious, some attempt the difficult task of blending the two. Directed by Kevin Lewis, Willy’s Wonderland is rooted in a great b-movie premise but fails to utilise its core concept to the full. Led by a great Nicolas Cage performance, this is a film with some entertaining sequences, sadly drowned out by exposition and shallow side-characters.

After breaking down in a small town, a silent loner makes a deal to clean an abandoned family restaurant in exchange for the repair of his vehicle. As the night goes on, he soon finds himself in a battle against murderous animatronics. As mentioned, Nicolas Cage is our main character, and is supported by Emily Tosta, Beth Grant and Ric Reitz.

With such an over the top set up, Willy’s Wonderland had a lot of potential to be a movie that fully embraced its wackiness. On the other hand, it could have been completely dire and played straight. Either approach, if entirely expanded, could have given us a better end-product. What we have instead is a film that understands its quirkiness but doesn’t make the most of it.

Nicolas Cage versus animatronics from hell sounds glorious on paper. And, in the scenes where this is the focus, it absolutely is. There are many moments that go full tilt, displaying delightful action. Cage’s character is funny too, and is a fantastically cliché badass. Furthermore, the animatronics are well-designed, as is the location as a whole. While more scares may have been a beneficial addition, the movie clearly doesn’t want to be an outright horror experience (and that is okay). If edited down, this would be a great 20-minute short film. When Cage is onscreen, Willy’s Wonderland is really good. Regrettably, we venture away from him far too often, establishing plot elements that are simply unnecessary.

The backstory for the animatronics is fleshed out to a peculiar extent. The writers clearly want us to know exactly how these events were birthed, but the truth is that it really doesn’t matter. Viewers are not watching this film for its deep lore, they want the thrill ride that the trailer promises. If they truly wanted us to care about the story and characters, they should have spent more time developing them. The supporting individuals are hopelessly underwritten and only act as a distraction from the better parts of the feature.

Willy’s Wonderland is a release that, while often enjoyable, fails in many regards. For Nicolas Cage’s scenes alone, this might be worth watching for some. However, for others, disappointment is undoubtedly inevitable. Once some time has passed, perhaps another filmmaker will take this concept and thoroughly maximise its potential.