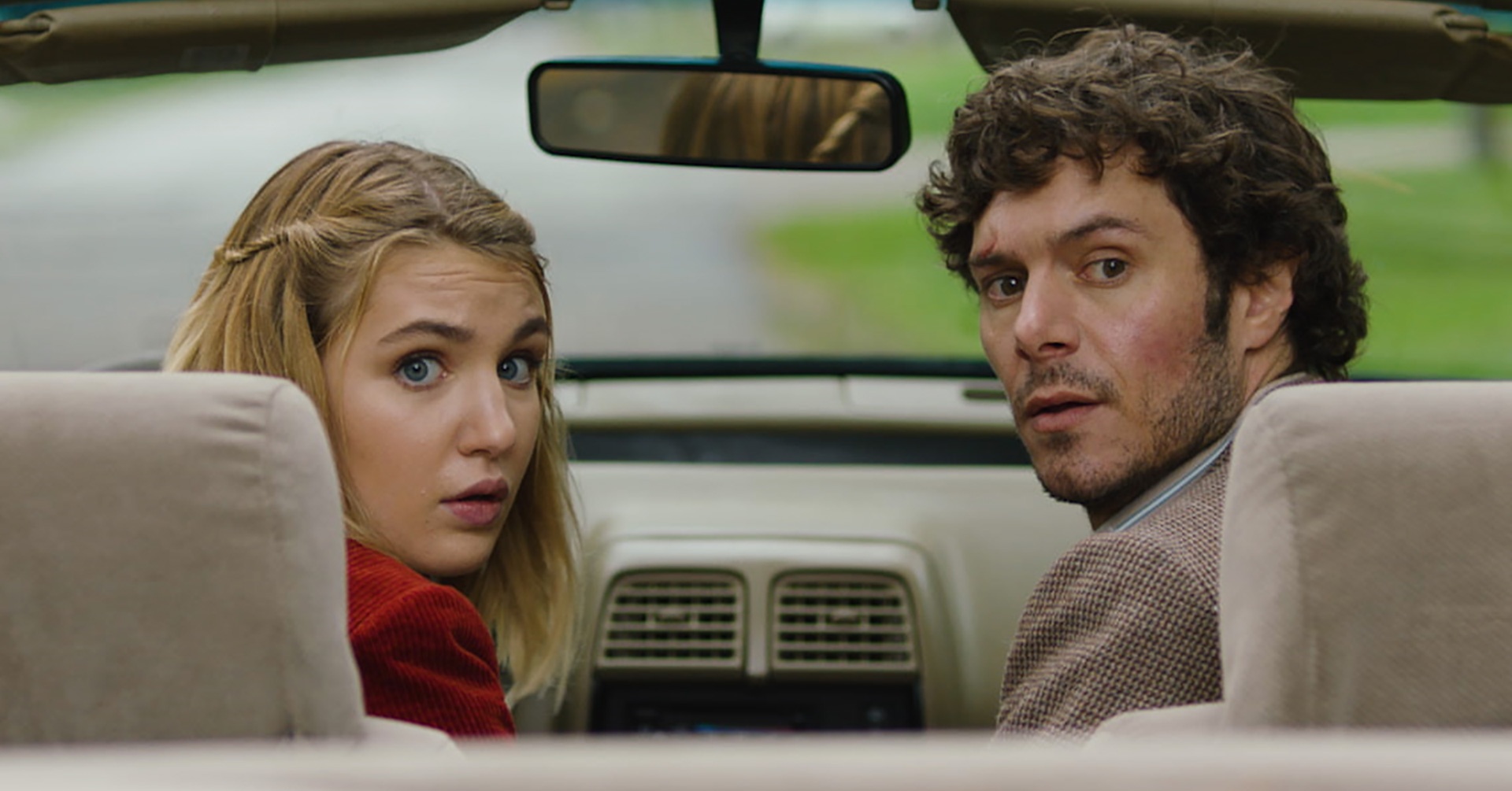 When a filmmaker attempts to blend contrasting tones, the result often ends up becoming an incongruous mess. However, with the right amount of skill and a well-constructed script, a story is able to shift between genre and mood with mesmerising simplicity. Written and directed by Evan Morgan, The Kid Detective is an excellent amalgamation of comedy and drama. Efficiently descending towards its dark culmination, this impactful movie will have you laughing in one moment and shocked in the next.

Once a famous child detective, the now-adult Abe Applebaum has become a depressed husk of his former self. With the arrival of his first murder case, he must reflect on past mistakes while finding the strength to help a girl in need. The film stars Adam Brody alongside Sophie Nélisse, Jesse Noah Gruman and Sarah Sutherland.

The Kid Detective is a tremendous example of finely controlling audience emotions and expectations. If we analyse the story in terms of chapters, we begin with the first portion as a light comedic romp, eventually transitioning into a black comedy, with the ending firmly cemented in a darkly dramatic situation. Every movement of the narrative is fluid and deserved, with very little whiplash in the stages between genres.

Viewers will constantly question the direction they are being taken, ensuring that they are kept in quiet suspense amidst the frequent jokes. However, once the third act arrives, practically all remnants of humour become a distant memory. A certain reveal, in particular, is more dour and shocking than what would be found in most thrillers. It reaches this point with every note that needs to be hit, increasing the likelihood that you will react as the filmmaker intended. Without a solid lead actor, these atmospheric adjustments would fall flat. Thankfully, Adam Brody has everything required to carry this narrative to its intended destination.

Brody does rather well portraying the role of a sorrowful man clinging onto the ledge of a past life. His comedic timing is great, as are the displays of emotion that are required at certain intervals. In truth, he is largely one-note for the majority of the 97-minute runtime. But this is to be expected for his character and makes the final shot of the movie absolutely incredible and undoubtedly poignant.

Many of the positives to be found in this film rest solely on the script. The creator has structured a superb story and has directed it with the clear vision that it deserved. All this is also supported but the effective cinematography by Michael Robert McLaughlin. Reflecting the tonal phases of the picture, the visuals are the perfect representations of the trauma and depression addressed in the screenplay.

The Kid Detective is a tightly crafted neo-noir that shifts between tones with impressive ease. This Adam Brody led feature is as hilarious as it is moving. Injected with a few moments that are legitimately disturbing, this is an excellent cinematic debut for director Evan Morgan.