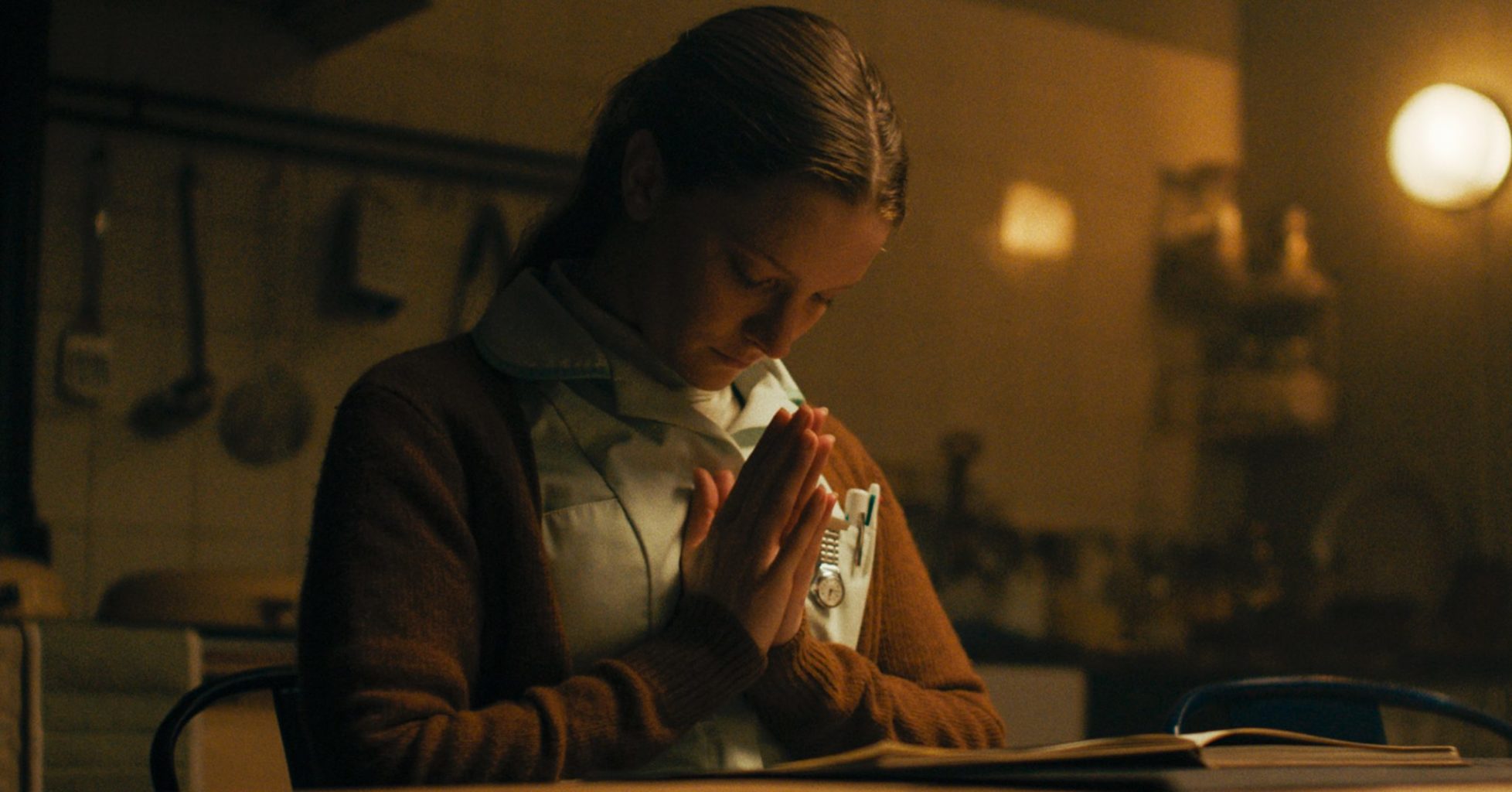 Religion has long been a staple for horror cinema. Delving into the demonic unknown and addressing our place in the universe, Godly motifs sometimes work well but just as often miss the mark completely. Adopting many themes of faith and spirituality, Saint Maud is confidently insidious and beautifully constructed. With almost no jump scares to be found, this unique portrayal of horror is one that will stay in your mind and terrify you long after the first viewing.

The narrative accompanies Maud, a deeply religious nurse charged with the task of taking care of a dying cancer patient. As events unfold, Maud makes it her vital goal to save the soul of her dependant, no matter the cost. The cast is led by Morfydd Clark and is supported by Jennifer Ehle and Lily Fraser.

Saint Maud is a depressing character study that exquisitely evaluates one’s descent into a circumstance that they surely did not deserve. With ingredients that include sex, mental health and Christianity, the vial crafted by first-time director Rose Glass is one that will infect your mind and soul.

Amidst a myriad of fantastical moments, the filmmaker has clear intent when it comes to reality and fiction. Propelled via a captivating performance from Morfydd Clark, this is a picture that deliberately conveys its objective. To viewers expecting a more traditional horror experience, disappointment is a possibility. The movie doesn’t desire to deliver constant scares (and that’s perfectly fine). Once you accept its true ambitions, you are offered a story that is frightening in a more thought-provoking manner. Preferring psychological horror over jump scares, the creeping dread of the narrative slowly utilises every tool in service of the masterful final product.

Supported by a devilish backbone, the film has a body that functions with intricate control. The well-written script acts as circulating blood, breathing life into the plot. Through the lens of sharp eyes, the expert cinematography by Ben Fordesman is astonishingly gorgeous. Seductive and disquieting, the music by Adam Janota Bzowski is the simply stunning voice making its way through the movie’s windpipe. Finally, the commanding brain controlling every movement is the superlative direction by Rose Glass. Guided by the skill of a seasoned veteran, this filmic figure is a breakthrough construction for our freshman creator.

Saint Maud is a concentrated, uncomfortable and beautiful portrayal of a dire situation. Often depressing and always interesting, the story is one that encourages (and rewards) attentive thought. As a truly superb piece of cinema, very few films will evoke the emotive reactions of this cerebral tale.