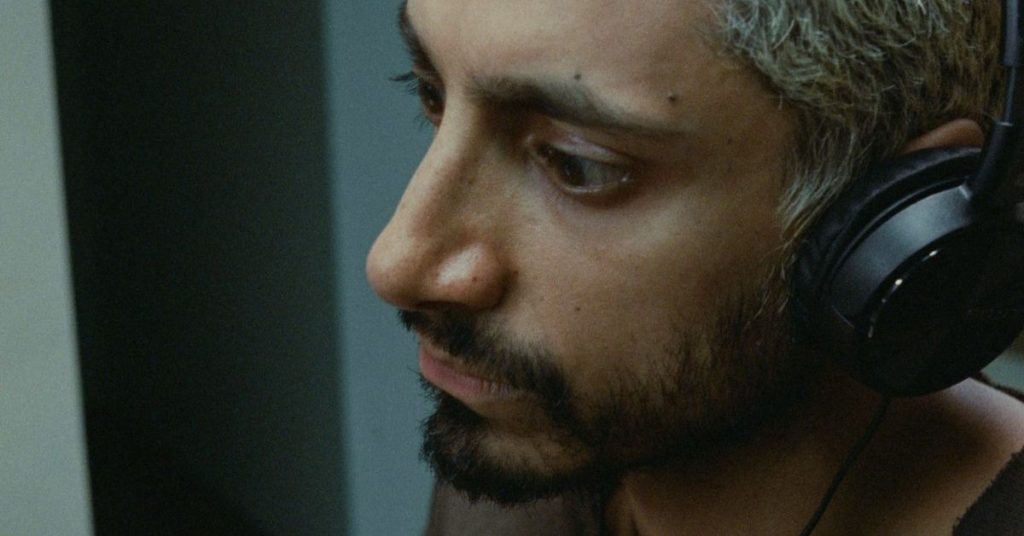 When a film portrays a disability, a certain level of care needs to be maintained. Without accurate representation, audiences will be left offended and wondering why the creator chose this subject matter at all. However, when done right, these stories can be powerful journeys of conquering adversity. Directed by Darius Marder, Sound of Metal is an expertly crafted tale of a man in a terrifying situation, adapting to a new world.

We follow Ruben, a heavy metal drummer whose life is thrown into a whirlwind as he begins to lose his hearing. The movie is led by Riz Ahmed, who is supported by Olivia Cooke, Paul Raci and a number of actual deaf actors that add an admirable level of authenticity.

Despite the title and poster, this is a story not about drumming but instead addiction. Not related to drugs (although this is touched on too), but rather normality. Every one of us are so used to our usual lives that even the smallest change can feel like a disruption. Moreover, when it is an immense one like the arrival of hearing loss, practically everything changes. In Sound of Metal, the main character is addicted to the world that he was used to. Like a needle for a junkie, he is desperate to regain his past senses. From start to finish, this is a film that feels incredibly real, thankfully disregarding unnecessary suspense for real human decisions.

Written by Darius and Abraham Marder, the script is successfully structured in a way that allows viewers to feel as though they are co-pilot to Ruben’s experiences. Every beat of the narrative conveys what might happen if this was a documentary. It represents the reality that people are complex and often do things based on extinct. There are not many emotional reveals or mind-bending twists here. To its benefit, the turns that do occur are precise and portray mistakes as bumps in the road instead of catastrophic events. The reality of life is that the clock does not stop when you make an impactful choice. It is because of this understanding, that this film as fantastic as it is.

In order for the many postives to work as well as they do, a solid lead performance is required. Thankfully, Riz Ahmed goes above and beyond. With every glance into the distance, it is clear that his character is dealing with immense battles in his mind. Instead of overacting, Ahmed has thankfully gone a more honest route in his depiction of anxiety. As awards season nears closer, it would be an embarrassing decision to not have him as a strong nominee.

The reason that Sound of Metal is such an experiential picture is due to the stunning sound design and mixing. Many minutes of the runtime are delivered with limited audio or in pure silence. The reason this is not a gimmick is due to its use. The creators have clearly planned these factors meticulously, and it shows. Furthermore, the noticeable lack of score for most of the movie is another fact that secures the real-life style.

Maintaining a pace that is deliberately slow and purposeful, Sound of Metal is one of the most effective releases in recent memory. Although it is set in the familiar genre of drama, the unique approach taken by the filmmakers lets it to stand purely on its own. As this is Darius Marder’s feature debut, a lot of attention will be given to what this talented director does next.