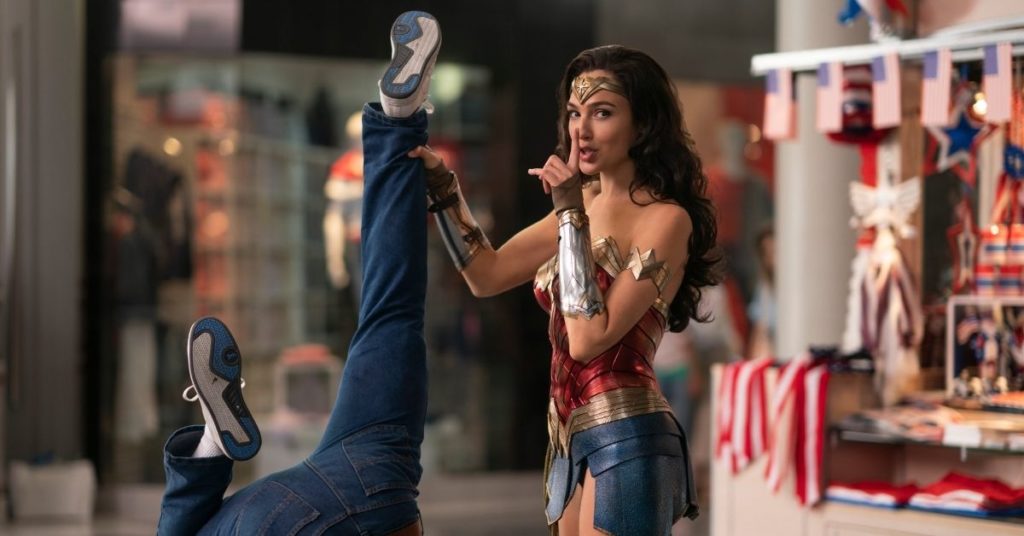 Originating in 1941, Wonder Woman has spanned a variety of eras and has evolved many times. Often depicted as a symbol of hope and empowerment, there is little doubt that she is one of the most iconic comic book superheroes of all time. Following up her introductory film from 2017, the Amazonian warrior now returns during the Cold War, for a new adventure entitled Wonder Woman 1984. Directed by Patty Jenkins, this is another entertaining effort from the DC Cinematic Universe. Although the narrative does have its shortfalls, this dynamic caper is still an enjoyable movie filled with well-written characters.

Living a quiet life during the neon-kissed 80s, Diana Prince must once again don her armour to save the world from an egomaniacal business man in search of power. The lead is expectedly played by Gal Gadot, with a supporting cast that includes Chris Pine, Kristen Wiig and Pedro Pascal.

For those looking for non-stop action, this might not be the film for you. While there are sequences of bombastic spectacle, this release is a little more restrained than some might expect. Nevertheless, this is for the better as it allows the key individuals to shine. Diana Prince is as delightful as ever, with many moments that delve deeper into her personality and inner-struggles. Accompanied by the returning Steve Trevor, her relatable journey is very welcome for a hero with super-human capabilities. Furthermore, her friendship with Wiig’s Barbara Minerva is birthed quickly but adds a new layer to Prince’s noble identity. Although Minerva is a little cliche when it comes to her arc, she is still a worthwhile piece to the overall puzzle of the narrative. Thankfully, the other end of the scale is just as strong (if not more so), with a scene-stealing inauguration of a brand-new villain, Maxwell Lord.

Pedro Pascal is simply sublime in this film. He is magnificently over-the-top without crossing the line to laughably camp. His character is on a quest for pure dominance and is believably threatening with each level reached. Sadly, the conclusion to his story is a little weak but this does not detract from what is overall a fantastic villain. Moreover, it is incredibly refreshing that his final confrontation with Wonder Woman is not a huge CGI battle but rather duelling speeches. More comic book releases should follow this mould instead of falling into the same third act banalities.

Perhaps the biggest quality of the movie is how Patty Jenkins has managed to craft a sequel that is just as good as the original while being wholly unique at the same time. This considerable effort is not without its flaws though, as it does seem as though she (and the other writers) attempted to fit too many plot points within the script being told. Diving deeper into the narrative will likely reveal a few plot holes and inconsistencies, but the viewing experience is still a good one all the same.

Set within the 80’s time period, this is a superhero tale with far more style than most. The tremendous score by Hanz Zimmer and the effective cinematography by Matthew Jensen are both elements that add to this. From a production standpoint, the only stand-out imperfection is perhaps some poor visual effects here and there.

Fortunately, Wonder Woman 1984 is a movie that does not attempt to set-up any spin-offs or sequels. It is a secure story all by itself and does not leave loose-ends to be tied up later. For this, DC must be congratulated as they have once again produced a terrific tale for the Princess of Themyscira.