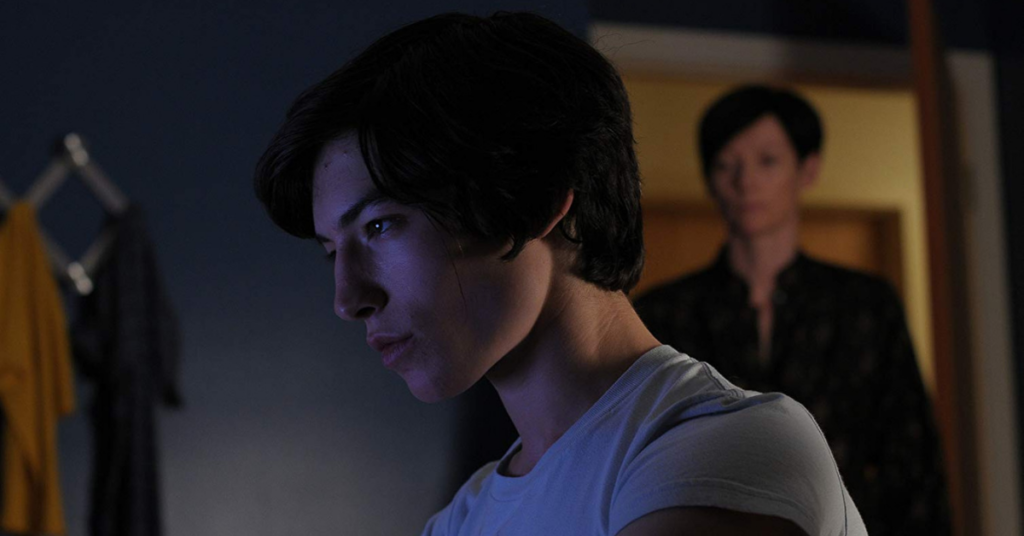 The history of cinema has shown that many movie-goers are simply looking for an escape, allowing them to venture into a different world, where good triumphs over evil. Whereas a lot of filmmakers can create this, others prefer to delve into the darker realities of the real world that many want to forget. One such director is Lynne Ramsay, showing with We Need to Talk About Kevin, how she can masterfully carry the weight of a heavy subject in order to deliver an incredible narrative.

The film follows Eva, a woman reflecting on the troubled upbringing of her son, Kevin, a boy that grew to become a dangerously sociopathic teen. Tilda Swinton plays the aforementioned lead alongside John C. Reilly as her husband Franklin, with Jasper Newell as young Kevin and Ezra Miller as him in his teens.

At its core, this movie asks whether monsters are born the way they are or if how they were raised is to blame for their nature. Expertly crafted in a non-linear fashion, we delve into this question and others as Eva looks back on the struggles she had with her son. Through the dark tapestry that binds with the film’s DNA, we are given a deeply affecting experience.

While there is an element of mystery to the picture, we are shown the direction of Kevin’s life early on, ensuring the pieces of the puzzle are formed from within. The story is not about what happens but more about how it may have reached this point, and the ripples that are caused by it. Powerful in its direction, each frame of the movie is constructed to evoke emotion from the audience, allowing viewers to feel the pain occurring before them. Underpinned by a script that uniquely propels the story forward, the performances by the cast add another layer of quality to the overall product.

Jasper Newell and Ezra Miller are both chilling as Kevin. There is an unsettling truth to the detached performances they give, communicating an individual that is unfortunately pulled out of reality. Furthermore, John C. Reilly is solid as Franklin but the true star of the film is its lead, Tilda Swinton. Able to speak a million thoughts with a glance, Swinton is perfectly cast as the imperfect mother that we follow. Showing us a variety of layers to Eva’s psychology, she is truly mesmerising to watch.

As mentioned above, the directing is fantastic, as is the script by Lynne Ramsay and Rory Stewart Kinnear (adapted from the book of the same name). Speaking of the technical aspects further, the music by Jonny Greenwood is effective as is the cinematography by Seamus McGarvey. However, special note must be made to the editing by Joe Bini. Told in an untraditional way, a movie like this falls flat if edited incorrectly. Thankfully, Bini was able to tie each scene together, ensuring that each link in the cinematic chain is unbreakable.

We Need to Talk About Kevin is the product of a filmmaker at the height of their talent. While its purposefully slow pace and heavy subject matter will prove unattractive to many, fans of a well-told story will surely adore it. As demonstrated once again later in her career with You Were Never Really Here, Lynne Ramsay continues to prove that perhaps nobody else is able to convey dark tales with such a storytelling beauty.