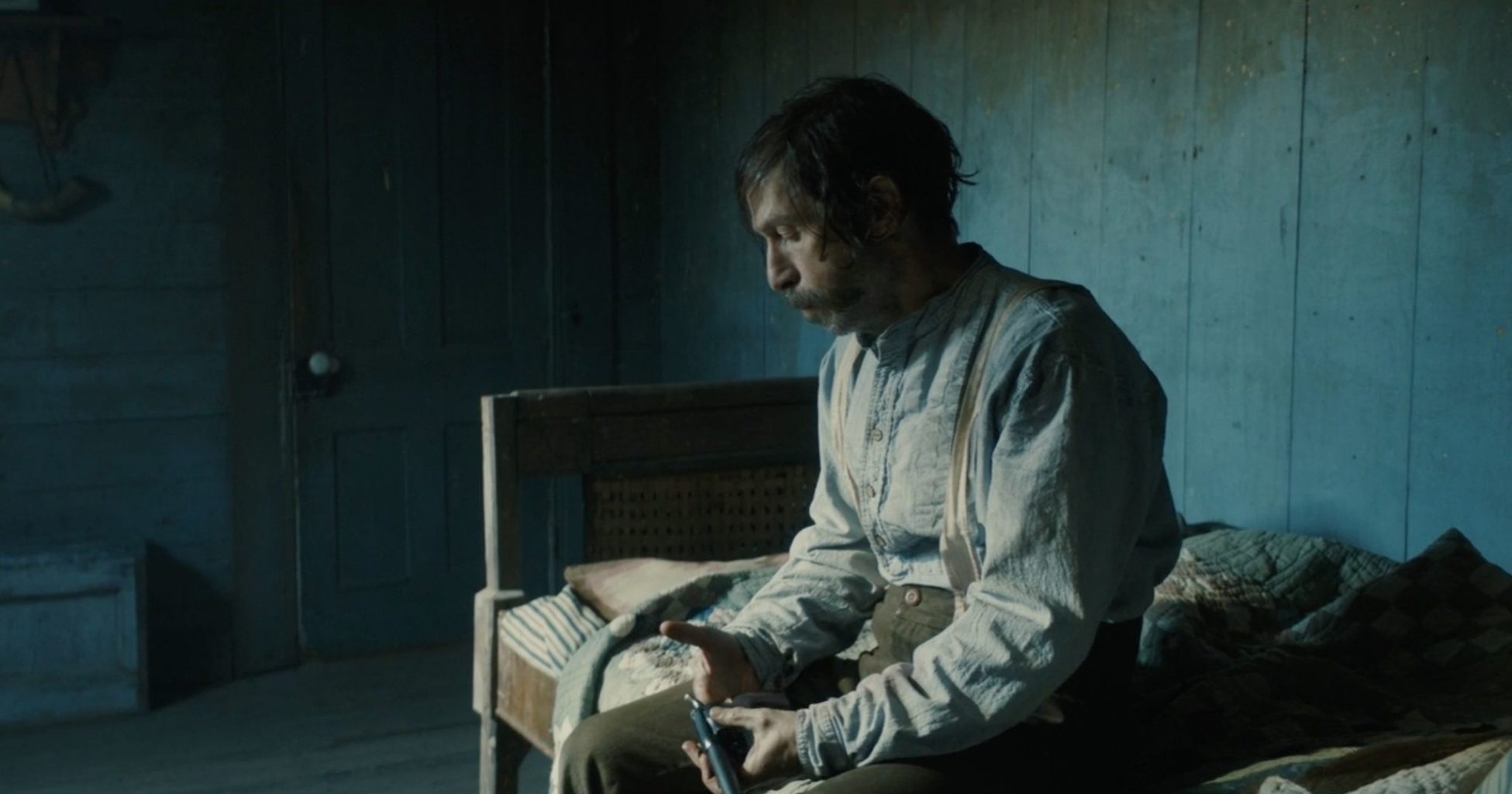 The Western genre of cinema has existed for over 100 years at this point. Often led by cowboys and bandits, these films frequently use a simpler time to convey sincere and straightforward stories. Written and directed by Potsy Ponciroli, Old Henry successfully transports audiences into the Old West via a brilliant lead performance. While the core narrative is certainly unoriginal, the movie still manages to be quite enjoyable.

After taking in a wounded man, a mild-mannered farmer and his son find themselves in the middle of a conflict involving a bag of stolen money. The eponymous individual is played by Tim Blake Nelson. He is joined by Gavin Lewis, Scott Haze and Stephen Dorff.

In many ways, Old Henry is a film that we have all seen before. The protagonist is extremely recognisable and his arc goes in a direction that many viewers will expect. Truthfully, the movie is very predictable and rather derivative. However, even with all this in mind, this release is still incredibly engaging.

The script is simple and never breaks beyond its boundaries. This direct approach allows for a plot that is interesting and easy to follow. Due to the well-structured pace, viewers will be constantly intrigued as the mystery unfolds. Alongside the dialogue-focused sections of the movie are some classic Western gunfights. These scenes aren’t flashy but instead make sure that every bullet is powerful and violent. Although, no matter how quiet or loud the film gets, every minute is elevated by the wonderful Tim Blake Nelson.

As the titular man that the story focuses on, Nelson delivers an understated performance that is perfectly suited for the character of Henry. As mentioned, the protagonist is a little formulaic but the acting behind him ensures that he is still believable and captivating. Despite his predictability, there is one perfectly timed reveal that does strengthen the character. This moment sets up an entertaining finale that lets out all the tension that has been building during the 138-minute runtime.

The story eventually finds itself at a point that feels like a natural conclusion. Instead, it offers one more plot twist that is confusing and hard to follow. In many ways, this rushed ending is in line with the movie’s other underwritten components, primarily the supporting characters. Henry is unquestionably a good protagonist but by spending most of our time with him, the script has failed to develop some other important elements.

As a whole, Old Henry is a film that feels familiar but still manages to be a satisfying experience thanks to its superb lead actor. Simple yet effective, this is a Western that will certainly please fans of the genre.