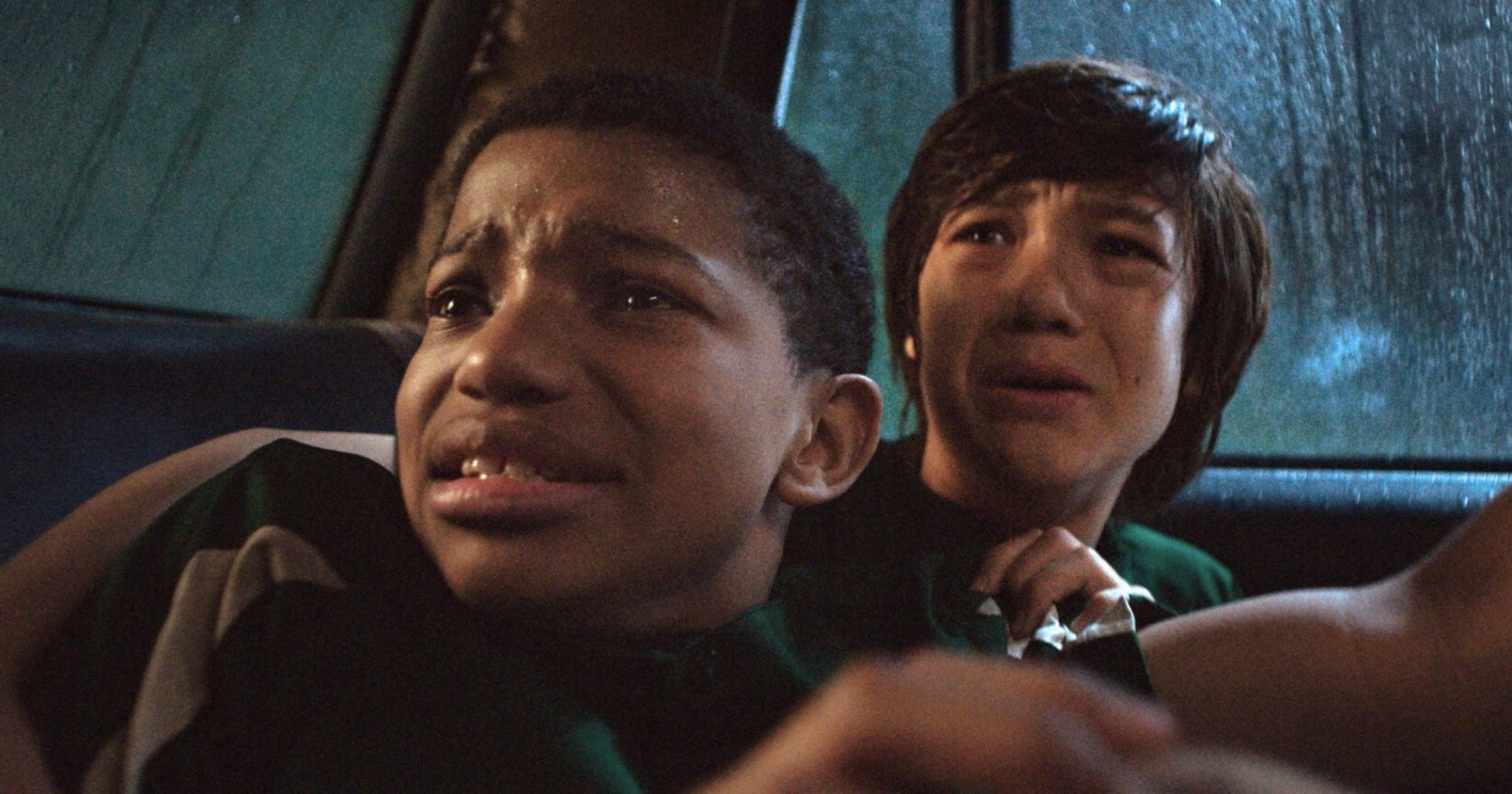 The inclusion of children in horror has long been used to instil an extra layer of fear. Although they can sometimes make the plot unbelievable, their young age often helps to establish a terrifying adult antagonist. Written and directed by David Charbonier and Justin Powell, The Boy Behind the Door is an incredibly tense release that offers a surprise around every corner. While the film does get rather silly by the end, the majority of the runtime is a truly thrilling experience.

Kidnapped on their way home from school, two boys must attempt to escape the house of their captor. The aforementioned duo is played by Lonnie Chavis and Ezra Dewey. They are joined by Micah Hauptman.

The Boy Behind the Door is a film that effectively uses a simple set-up to tell a tension-filled tale of survival. The cat and mouse game that unfolds will have your attention right from the start as the individuals being pursued are quite likeable and their relationship is undoubtedly endearing. In many ways a story about the strength of friendship, the great performances of the protagonists are the driving force behind the anxiety-inducing events that play out.

Told through the close-up cinematography of Julian Amaru Estrada, the claustrophobic situation isn’t scary in a traditional sense but is rather more focused on building suspense as the boys explore their new surroundings. One of the film’s biggest positives is its ability to frequently surprise the audience through the use of plot twists. These revelations keep things constantly interesting and allow the story to feel purely unpredictable. A perpetual level of uneasiness is maintained as you are left believing that the journey could go in any direction. With this in mind, the eventual third act does take some of these elements a little too far.

By the time that the credits draw near, the script reaches beyond its boundaries in some ways. It attempts to provide a finale that is bigger than the majority of the film. In doing so, it loses focus of the picture’s best qualities. The main reason that the conclusion doesn’t work that well is the injection of a certain villainous performance. This antagonist is incredibly outlandish and just feels out of place. They honestly seem like they have been pulled from another feature entirely. In this regard, some more subtly would have been far more advantageous.

The Boy Behind the Door is a film that achieves its purpose despite having a somewhat uneven ending. Thanks to its great leading duo., this is a movie that will keep audiences engaged for almost all of its 90-minute runtime.