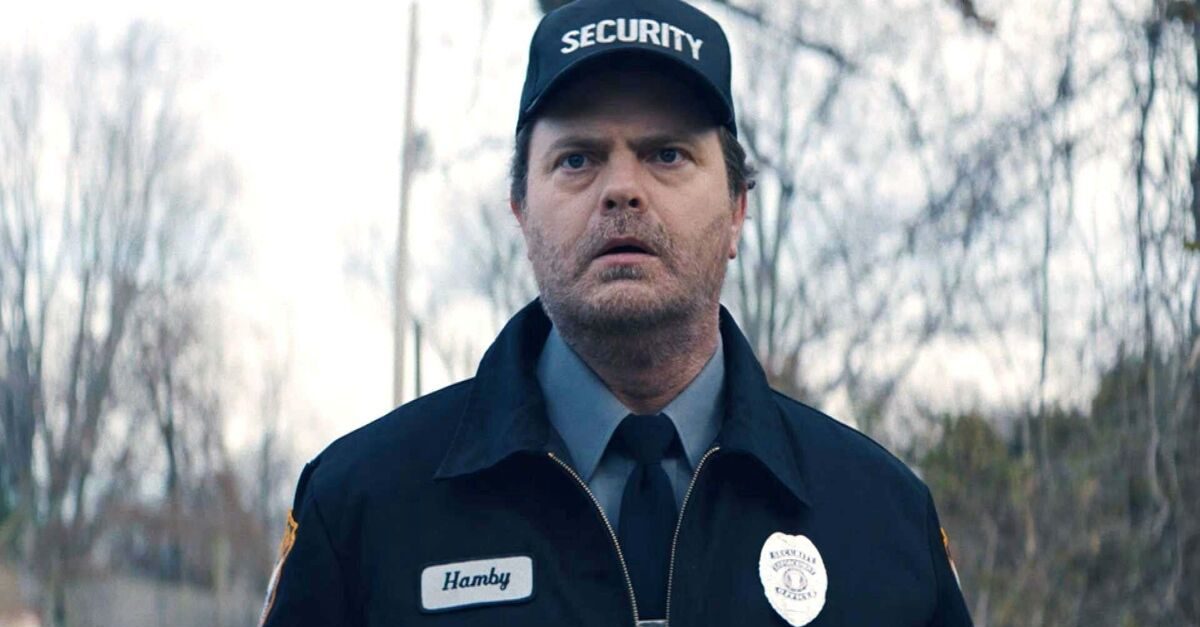 With twists and turns around every corner, Don’t Tell a Soul is a new thriller that is mostly entertaining but unfortunately squanders a lot of its potential due to its overwritten nature. While there are many compelling pieces to this puzzle, this story would have been better suited with a far simpler approach.

After falling down a hidden well chasing two brothers committing a crime, a security officer tries to convince one of them to set him free. The film stars Jack Dylan Grazer, Fionn Whitehead and Rainn Wilson.

With a very simple set up, Don’t Tell a Soul does a great job in its initial act. The fractured relationship between the brothers paints a clear and believable picture of what an abusive parent can create. Their characters are well thought out and have enough layers to stay interesting for the full runtime. Furthermore, Rainn Wilson’s Hamby is constructed rather well and will keep audiences constantly curious. A special note must also be made for Wilson’s performance. He sheds all his famous comedic sensibilities and makes a fantastic dramatic turn. These individuals add many positives to a tale that is filled with countless plot-twists. However, it is these surprises that cause the movie to falter the most, as there are far too many that fail to earn their stay.

The script for this film is unduly bloated. Of course, as a thriller, shocking moments are expected. But in order for them to work, they need to add enough substance to the narrative. While there certainly are some curveballs that work well, many of them add unnecessary complexity to what should be a tighter story. These developments are not fleshed out enough to hold weight and even detract from the twists that do work. Streamlining the script could have really made this movie notable, especially considering its efficiency in other areas.

Written and directed by Alex McAulay, the picture is well-constructed with a limited cast and list of locations. The script is indeed too packed but the moment-to-moment writing is not an issue. McAuley is likely a solid writer but perhaps needs some assistance when it comes to editing his words. Moreover, his directing is effective and will hopefully be highlighted more in his next project.

If even only for Rainn Wilson’s performance, Don’t Tell a Soul is still a film that has some worth. The characters, their interactions and many of the plot points make the story an enjoyable one. However, the overblown script, and the unnecessary directions taken, is sadly enough to balance the scale and make this a middling affair.