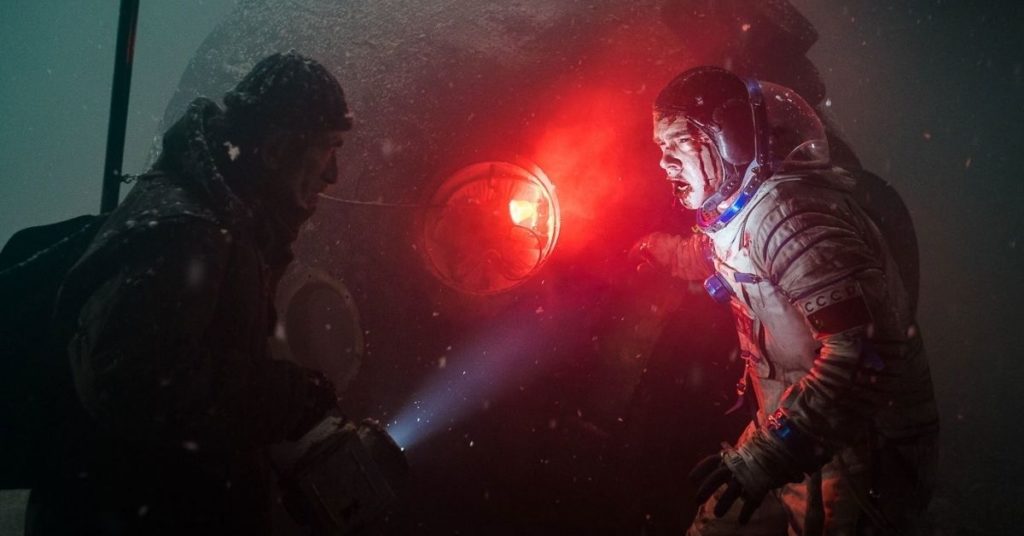 The fear of monsters beyond earth has been an effective storytelling device for many years. Whether it is the terrifying threat of The Thing or the titular beast of Alien, many filmmakers have successfully scared audiences with a beast from space. From debut director Egor Abramenko, Sputnik is a new Russian-language sci-fi/thriller that attempts to travel down the same road as the movies mentioned above. With a plot that maintains a healthy level of intrigue alongside characters that function well for the riveting narrative, this is an extraterrestrial feature that should not be missed.

The story follows a controversial doctor, summoned to a secret research facility after a cosmonaut returns from space with some mysterious changes to his mind and body. Leading the cast is Oksana Akinshina alongside Pyotr Fyodorov, Fyodor Bondarchuk and Anton Vasiliev.

Fascinating from start to finish, this is a release that successfully conveys a smart science fiction tale. As we venture forth with the events that unfold, each reveal adds an interesting piece to the overall puzzle. Made on a limited budget, the filmmakers are able to present a beautifully shot picture that utilises its purposeful production design for the benefit of the many devastating sequences. Furthermore, Sputnik is not afraid to be disgusting when it needs to, but thankfully only when it serves the script (which is well-written by Oleg Malovichko and Andrei Zolotarev). These scenes of revulsion often feature a particular life form, one which has a familiar yet original composition. Nevertheless, the main driving force of this story is its characters.

The lead actors do a fantastic job of portraying the dire situation that they exist in. Perhaps most notably, Pyotr Fyodorov is highly effective at keeping the audience on the edge of their seats, as we are not always aware of his moral alignment. His relationship with the protagonist (Oksana Akinshina), is what allows us to reach the climactic incidents that occur. Sadly, it is here where Sputnik gets a little unsteady before realigns itself (for the most part).

Some of the motivations of the aforementioned duo will be a bit impractical for some viewers. With this in mind, the movie reaches a point where some melodrama is injected within the body of a script that does not always balance it well. However, these issues are mostly rectified by the time the credits arrive as some last-minute revelations help us understand actions that came before. In fact, for many, these divulgences will act as the perfect final note for the song that we have been listening to.

As mentioned previously, the production design is admirable and functional. The cinematography too, as Maxim Zhukov does a fine job with the visual artistry. While the score by Oleg Karpachev is usually quite generic, it still mostly create the atmosphere that it wants to. One remarkable piece of filmmaking that must be applauded is the CGI. It is absolutely astounding what they have been able to do with such a small budget.

Sputnik truly should be one of the most talked-about movies of the year. Unfortunately, this is not the case as many viewers still have an aversion to films that are not in English. Despite this, there is no doubt that this is still one of the most notable sci-fi releases in recent memory. As his debut feature, the future looks incredibly bright for director Egor Abramenko. Whether he sticks with sci-fi or travels beyond to a new genre, his next movie will hopefully continue to establish his skills.