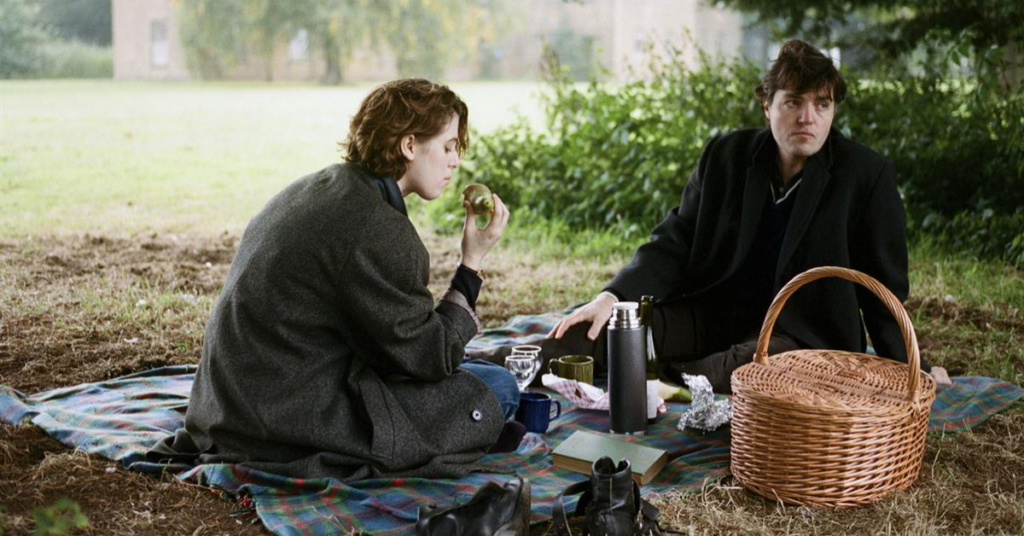 Action and spectacle: two of the biggest attractors for movie watchers in the modern era. When done right, a blockbuster can be just as effective as any other piece of cinema. The beauty of motion pictures is that many genres and styles are able to co-exist, including those with a much slower pace. Written and directed by Joanna Hogg, The Souvenir is a new release that deliberately takes its time to unfold a beautiful coming of age drama.

The narrative follows Julie, a young film student, struggling to maintain a troubled relationship as she attempts to find her way through life. Honor Swinton Byrne plays the previously mentioned lead with Tom Burke as her partner Anthony and Tilda Swinton as her devoted mother.

This is not a film for everyone. It has an incredibly slow pace that some will lose interest in quite quickly. The story on display is one that depicts the lives of truly real individuals. While not based on actual events, these people do exist somewhere. Although this may not be attractive to viewers looking for a fantastical escape, there is a deeply affecting emotional journey for those accepting of a measured experience.

Faithfully genuine, this is a character study that takes us through a chapter of a young woman’s life. Led by fantastic performances that are able to demonstrate thoughts and feelings through simple scenes of conventional interaction, we are given a window into the world of characters that many of us will relate to (for better or worse). Knowing exactly what it is and using its confidence to deliver an unhurried approach, each soft beat of the tale is systematically laid out before our eyes.

There is no grand pay off to be found here, nor is there huge reveals to end each act. Indeed a section of the audience may consider this a negative, thinking that the runtime is not worth the end result. However, paying simple attention will reveal the layered allure of a film that may seem simple on the surface.

Well made in every regard, director Joanna Hogg has put together a fine example of filmmaking proficiency. Excellently structured with arthouse DNA flowing throughout, the technical aspects thrive on top of the well-written script. A special commendation must be made to cinematographer David Raedeker as this is one of the best shot movies in recent memory. Able to frame a normal room with the beauty of a renaissance painting, the photography throughout is absolutely gorgeous.

The Souvenir is a film that rewards those committed to the purposeful human experience offered. A beautifully honest piece of cinema following normal people in a normal world, this is a movie that many will adore. Made without flash or spectacle, what we have been given here is something unquestionably special.