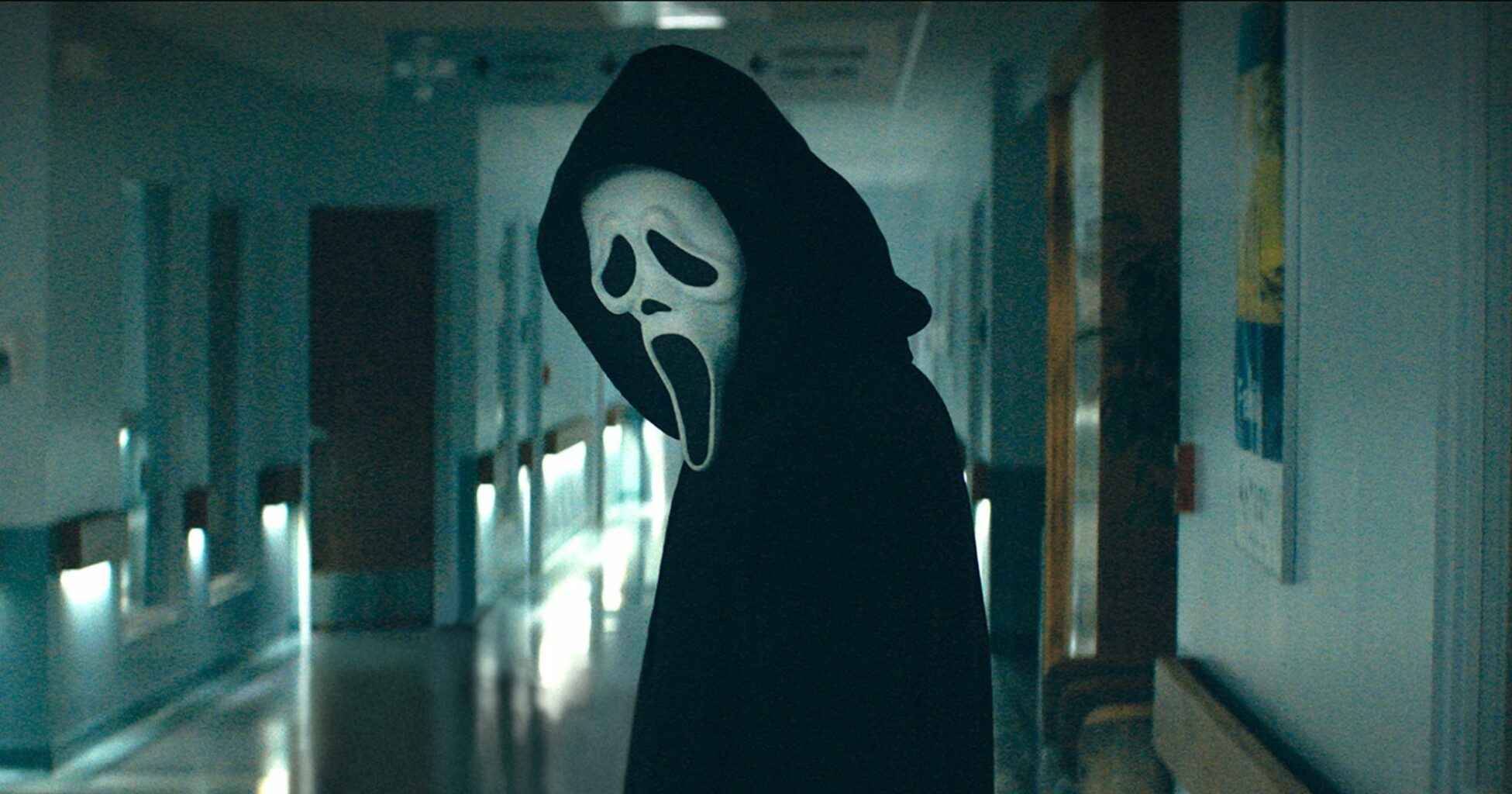 When it comes to franchises, the cinematic genre of horror is often known for an abundance of sequels that sometimes shift away from the original’s intentions. Thankfully, failure isn’t a guarantee, as some filmmakers have proven that all you need is a well-crafted story in order to create a movie worthy of a famous lineage. Directed by Matt Bettinelli-Olpin and Tyler Gillett, Scream (2022) is a sharp, funny and brutal revival of an iconic slasher series. Offering a narrative angle that is perfectly meta, this is a story that impressively honours Wes Craven’s legacy.

Decades after a streak of violent murders, the town of Woodsboro once again finds itself at the mercy of a killer wearing a Ghostface mask. Combining the future with the past, the cast includes Melissa Barrera, Jenna Ortega, Jack Quaid, Jasmin Savoy Brown, Courteney Cox, David Arquette and Neve Campbell.

As the fifth Scream film, expectations will undoubtedly be high for many fans. Thankfully, these worries can be left aside as Matt Bettinelli-Olpin and Tyler Gillett have constructed a thrilling story that feels completely in line with the saga up until this point. This time around, we are dealing with the idea of reboots and how audience expectations factor into sequels in general. The script successfully uses this concept in an incredibly clever manner, delivering an experience that will have many on the edge of their seats.

The film isn’t that scary but it does build tension quite well. Furthermore, there is also a healthy dose of violence. This is by far the goriest Scream feature and this bloody attitude is completely in line with the story’s principal themes. One sequence, in particular, ends in a brutal way but still takes its time to develop dread while managing to inject some effective humour. Speaking of which, the movie is often funny but this element never clashes with the serious throughline of the narrative. There is no point where things become ridiculous as the cast have all the skills required to walk the tonal tightrope that they are given.

Overall, the ensemble leaves a fantastic impression. The new generation of protagonists are set up well and the returning heroes are integrated by means that don’t feel forced. Jenna Ortega is one stand out that needs to be congratulated. Her performance adds a unique level of emotional value to the story. Comparatively, Jasmin Savoy Brown is used more for jokes but she is so likeable that she seems destined to become a fan-favourite. As expected, Courteney Cox, David Arquette and Neve Campbell are terrific. However, Arquette must be highlighted above this group as his character requires a more nuanced performance. He was able to deliver all this with ease, of course. Now, the discussion must, unfortunately, turn to the film’s weakest link, Melissa Barrera.

Barrera leads the picture and is, without a doubt, the new Sidney. Unfortunately, her backstory and internal psychology is a section of the script that feels notably shallow. The purpose of certain character choices are clear but they don’t quite reach a point where they feel entirely beneficial to the story. Barrera herself also frequently feels unconvincing. There is a vacant nature to her acting that is surprising when you consider all the talent that surrounds her.

The Scream saga as a whole is one that doesn’t get enough credit for its consistent quality. Every film ranges from good to tremendous (even if some have a few flaws). What was initially guided by Wes Craven has thankfully been continued with the same heart and passion that the franchise deserves.

Scream (2022) is everything that a Scream reboot needed to be. Longtime fans will adore the love put into this chapter and new viewers will enjoy the thrills around every corner. Even if another sequel never arrives, this is a wonderful movie that stands high amongst the legacy of the series.