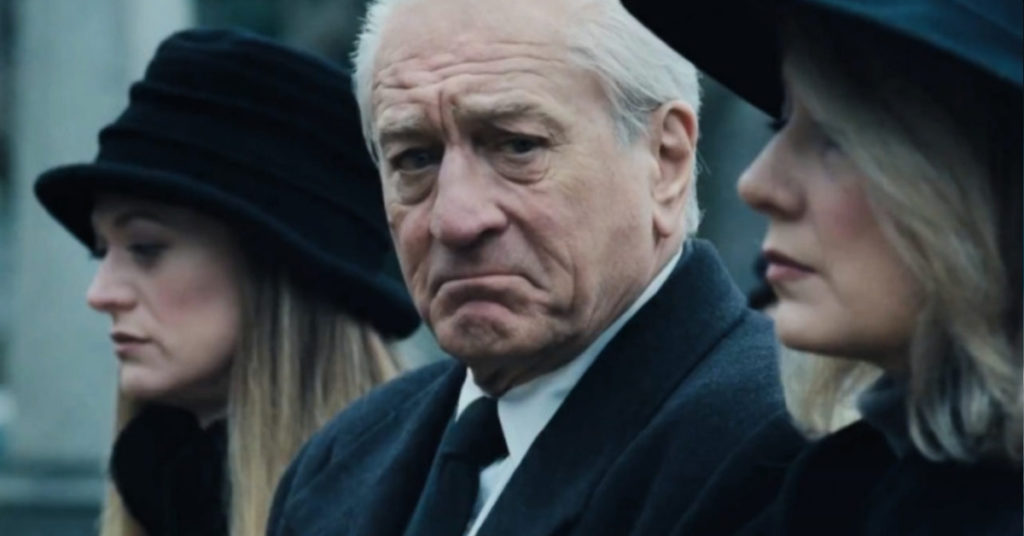 Gangster movies have taken many forms over the years. While they used to be rather common, their frequency has slowed down greatly in recent times. Resurrected by the man perhaps best known for the genre, The Irishman is a new film from Martin Scorsese. Masterfully crafted and beautifully told, this is undoubtedly a storytelling triumph.

What we have here is a semi-autobiographical tale of former truck driver Frank Sheeran, a man who rises the ranks of a notorious crime family, eventually becoming a personal confidant to the powerful Jimmy Hoffa. The film positions Robert De Niro as the aforementioned lead with a star-studded supporting cast including Al Pacino, Joe Pesci, Ray Romano and Anna Paquin.

Taken through the life of a multi-layered and deeply interesting individual, the movie depicts the compelling (and often tragic) journey of a mafia hitman. Set over a decades-long timespan, the events are told by using de-ageing technology to take our main cast back in time. While the CGI is noticeable at first, you soon get used to it because of how immersive the rest of the picture turns out to be. You can often tell that you are watching older men play younger, but this is one of the only negatives to be found in this otherwise magnificent film.

Beautifully written and expertly directed, this can be seen as somewhat of a final addendum for the gangster genre. If we look back at movies like Goodfellas, there was often a glamorous portrayal of the criminals within them. However, in The Irishman, the filmmakers take an honest look at the pain and suffering left in their wake. In this way, it is similar to Unforgiven as it plays with tropes and expectations, delivering a different approach while still keeping the classic style intact. Although there are many positive elements to be found, the strongest of all just might be the knockout performances from the veteran cast.

Robert De Niro, Al Pacino and Joe Pesci are simply sublime. Especially De Niro as he is given the task of being the leading man. He does so with a subtle grace that is even clear when the aforementioned special effects are involved. A certain scene involving a phone call is perhaps the stand out example of this, taking full control of his voice and conveying genuine, blunt emotion. Alongside him, Pacino is spectacular as well, combining a robust energy with moments of quiet sincerity. Returning with his first live-action role in nearly a decade, Joe Pesci also reminds us of what we have been missing since his retirement.

At nearly 3 and half hours in length, Martin Scorsese shows us why many consider him to be the best of the best. His direction is as effective as ever and the film is allowed to be paced in a way that takes its time while still keeping us incredibly interested. Moreover, Steven Zaillian must also be congratulated for the astounding script that everything is built on, as does the rest of the crew creating what we see and hear.

The biggest shame of this release is the struggle that was endured to get it funded. Although this story is best seen on the big screen, Netflix must certainly be thanked for presenting us with this glorious picture, allowing Martin Scorsese to once again prove his legendary status. Who would have thought that a Scorsese directed movie starring De Niro, Pacino and Pesci would end up being a contender for the best film of 2019?