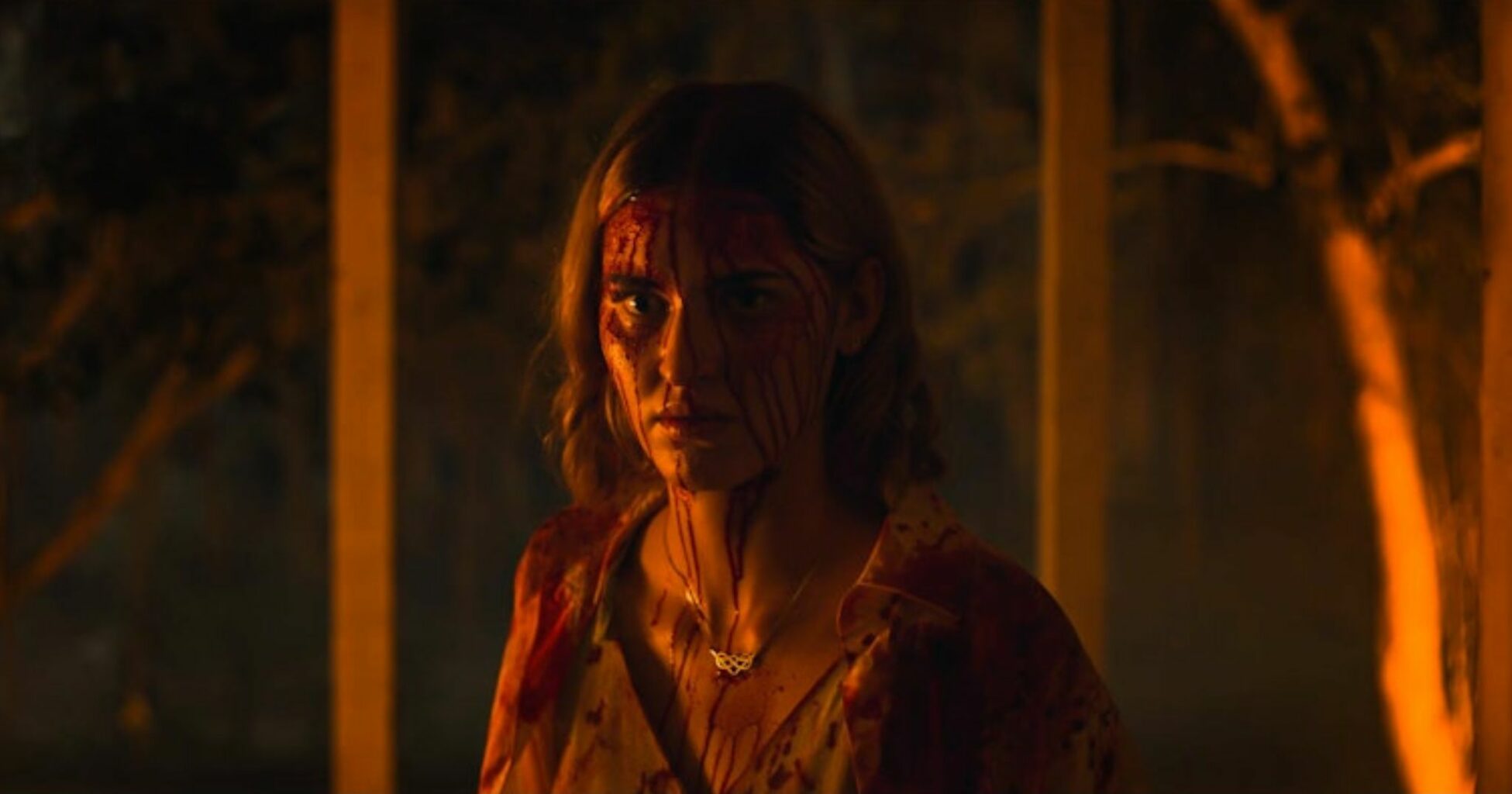 Despite the excessive number of releases within the genre, crafting a quality horror film is incredibly difficult. Because of this, many movies every year fail to be notable. However, even poor pictures routinely have a few elements that viewers will find impressive. Directed by Kevin Lewis, The Accursed is a horror feature that appears to be pulled out of 2005. While it is exceptionally bland (and often confusing), its cinematography is surprisingly excellent and its camp tone is frequently entertaining.

After agreeing to look after an elderly woman for a few days, a young nurse soon discovers the presence of a demonic entity. The cast is led by Sarah Grey. She is supported by Mena Suvari, Alexis Knapp and Meg Foster.

First and foremost, the script for The Accursed is a disaster. Characters lack psychological weight and the throughline of the story is needlessly convoluted. Because of this, the film is quite boring for large parts of the runtime. With this in mind, audiences may still be entertained by its silly nature. Whether or not this was intentional is up for debate but the movie seems to understand how ridiculous it is and manages to use this to its advantage. Sadly, there are only one or two scenes where it reaches its full potential in this regard.

The biggest positive to come out of this picture is the cinematography. Stylish, sleek and quite stunning, Dave Newbert has done a phenomenal job as the Director of Photography. In many ways, the look of this film far exceeds its quality. This could very well be a launching point for the career of a prominent horror cinematographer.

Put simply, The Accursed is a well-shot exploration of generic horror. The sad truth is, despite having some noteworthy positives, this is the kind of movie that will likely be forgotten in a few months. At the end of the day, it can only be recommended if you are a fan of the creators behind it.