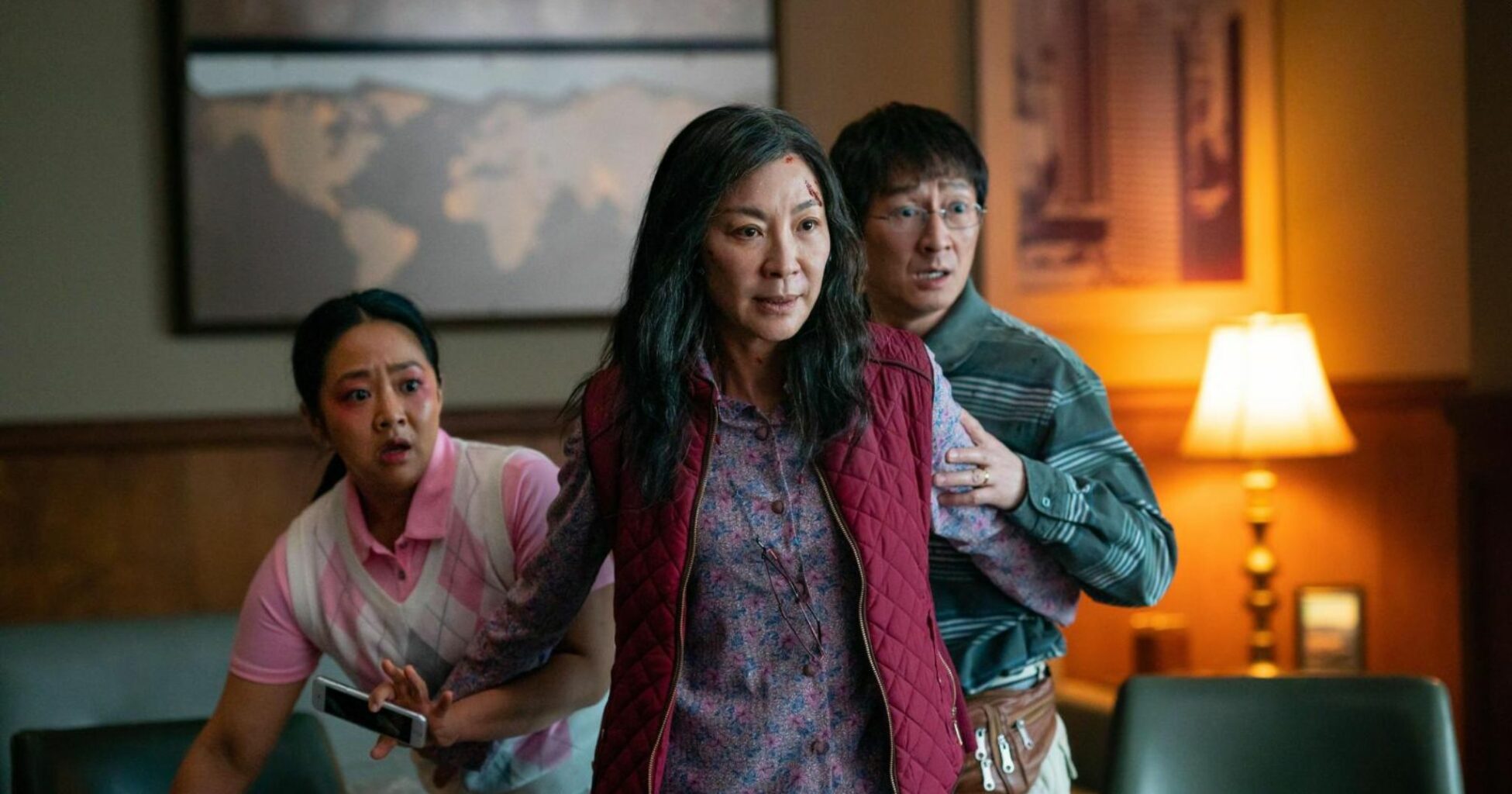 In the world of cinema, blending fun action with emotional storytelling is exceedingly difficult. However, even when a filmmaker fails to fuse a variety of tones, they still may be able to deliver an impressive narrative that many will enjoy. Written and directed by Daniel Kwan and Daniel Scheinert, Everything Everywhere All at Once is a bombastic movie that often becomes too ridiculous for its own good. Despite this, the story is still symbolically beautiful and is led by a cast that plays their characters perfectly.

Embroiled in an epic adventure, a Chinese immigrant must use parallel universes in order to stop an all-powerful villain. The picture is led by Michelle Yeoh. She is joined by Stephanie Hsu, Ke Huy Quan and James Hong.

At its core, Everything Everywhere All at Once is a film about life, regrets and the potential that every human has within them. These themes are portrayed exceptionally well, in large part due to the performers that elevate them. Michelle Yeoh is a wonderful lead actress that carries the movie firmly on her shoulders. The entire ensemble is impressive too but Ke Huy Quan is a notable standout. His character is one with many layers and he manages to make every one of them feel believable. Most viewers will undoubtedly connect with the dramatic heart of the picture. However, it is the film’s style that may be a bit more controversial.

When it comes to its action, this movie quickly goes to the top gear and disposes of the brakes altogether. While these scenes are expertly choreographed, they are often too silly. If its engine is flawlessly powerful due to its emotional qualities, then the paintwork is completely gaudy and ostentatious. It’s clear that the film doesn’t take itself seriously in some areas but that doesn’t mean that it should have been this over the top. There are several moments where the script tries to be quirky but goes so overboard with its humour that it ends up being offputting. Truthfully, there are scenes where the movie is funny and its tone works, but these are overshadowed by the sequences that are recklessly wacky.

Everything Everywhere All at Once is a farce filled with a lot of heart. Even though its style will be too excessive for many viewers’ tastes, its characters still offer an incredibly moving story. At the end of the day, this is a movie that will likely be adored by many. However, for others, it will probably be considered a mixed bag.